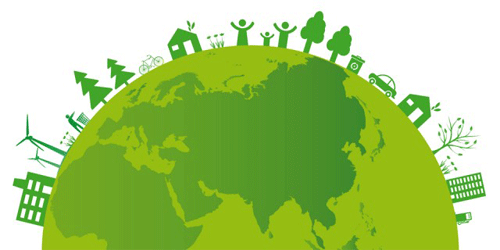 There are different stakeholders considering planning of tourism developments with reference to the Beijing Olympic Games. These are developers, local public, investors and the government. The stakeholders that have been identified are as follows (Hritz & Ross, 2012)
Developers: There will be more development opportunities and increased returns for the developers in the region
Local Public: Another benefit is that spending in local community will be there by the tourists that will increase the income of the locals. Further the infrastructure will be developed at a fast pace which will be utilised by the nation after the sporting event and lastly it resulted in the diversification for China which was mainly manufacturing oriented country earlier and new prospects of foreign income opened up as a result of Beijing Olympics.
Investors: The country witnessed for inflow of foreign investment. This increased opportunities in the country and led to better development and also higher returns for the investors
Government: the government will be benefitted as the revenue in the form of taxes will be there and at the same time the government involvement will be less in infrastructure planning and development in relation to tourism industry.. Thus leading to reduced government spending, increased profits and better infrastructure development.

Public Private Partnership is the cooperation between the government and the private financing for the development of assets that are for the benefit of public. There are two fundamental drivers of the PPP. Firstly it will enable the government to harness the   expertise the efficiency associated with the private players in the market in the delivery and development of facilities and services.
The second biggest advantage of the PPP is that it will reduce the borrowings of the government as the funds will be provided by the private player implementing the project along with the government.
However there are certain disadvantages of the PPP as it results in complicated contracts and complex negotiations and might result in giving away right to use certain assets to the private player that results in reduced overall benefit. Such risks are always there. Further there is risks that in certain sectors the benefit is there if government alone takes the initiative rather than in partnership. Such aspects need to be analysed before deciding on the PPP model.
Considering some of the examples from the Beijing Olympics, the Bird’s Nest serves as a winter amusement park known as the Happy Ice and Snow Season. Apart from this it is being used to stage a celebrity rock concert. However most of the infrastructure has been dismantled due to lack of opportunities and the potential players but according to the government building creates jobs, and feeds prestige, and pumps up the GDP. In the year after the Olympics, the iconic 91,000-seat Bird’s Nest hosted a Jackie Chan concert, an Italian soccer match, an opera and a presentation of Chinese singing standards.  However there was an option for the local soccer tem to make it home field that option was declined by the team itself. But this is to mention that such opportunities are always there that generate business. With the help of PPP arrangements the boost to the economy was there.

The tourist development planning involves integrated local development. The public private cooperation has been encouraged. The important features with respect to tourism development planning involve planning at international level, national level, regional level, destination level and site level. At international level planning the International Olympic Committee performs various tasks which include international transport services, tour programme planning for the tourists, development of major attractions and facilities in the nearby region and marketing strategies and promotion programmes at international level. In case of Beijing Olympic the International Olympic Committee is involved in all these aspects. At national level the planning includes defining the objectives, general amount, types and quality level of accommodation and other tourist facilities, establishment of information systems, Human resource development, education and training programmes and several related aspects. In case of Beijing Olympics the China Olympic committee performed all these tasks with the association of the sports ministry of the country. Going further at the micro level the regional level planning includes Regional access and the internal transportation network of facilities and services and further detailed planning of the aspects identified at the national level. Various departments are involved to perform all these tasks. The transport ministry, urban development and the infrastructure development is important and thus the association and coordination of all the departments at regional level is required. The destination level and site level planning is entirely different from the earlier levels that have been discussed. This planning includes the time frame within which the tourism development will take place, resources that will be required. In Beijing Olympics various teams were developed to perform the tasks. Further the role of these teams was specific and over viewed by the targets of the regional level committees that are framed. Broadly it is associated with the development or execution of the plan framed at international, national and regional level.

It is important to evaluate the tourist impact by using various methods. First is the accessing the growth in spending, sales, income, job and tax receipts. The income growth is reflected by increase in wages, salaries and profits generated by tourist spending. Value added in terms of the revenue to local government offices from taxes. This is one of the most preferred measures for accessing the impact of the tourism. Spending is not favoured by certain economists as the spending will have an impact if tourists buy local products. In such cases retail margins on such goods is considered. Capture rate, portion of tourism spending highlighting direct sales, is used to measure the impact of tourism. Job creation is also not favoured due to the limitations associated with employment. This is to say that tourism may create part time and seasonal jobs. Further all jobs are not equal and the impact of job creation may largely depend on industry. However it may be considered as a measure to study the impact on the high level. Considering the above discussion it can be said that income and value added are relatively clear measures of impact that can be directly compared across industries and regions with quite distinct types of tourism and economic activity. Such benefits have been witnesses in case of South Africa as it organized different sporting events such as Football World Cup, cricket tournaments etc. This is the best example of how a developing nation is benefitted by the sporting events and the development of infrastructure required for organizing of these events. Similarly Malaysia is the home to the famous Azlan Shah Hockey tournament and has triggered the growth in the country to a certain extent.Order Now