Travel and tourism sector is an industry which comprises of exchanging tourists within countries and provide them with all necessary facilities. The industry as a whole consists of travel sites, tourist spots, world heritage sites, travel modes like air, road and sea, travel infrastructure to reach those destinations, immigration, staying facilities, like hotels guesthouses, motels, etc. and the security and safety of tourists. The assignment is going to cover topics which describes travel and tourism sector as a whole, its characteristics, its connection with political changes, demand and supply, and the overall effects of tourism on social, economic, and environmental changes. The sector which the report will cover is the economic, social, environmental sectors, including the effect of local and national policy which affects the industry. The role of government in supporting the travel  and tourism sector is inevitable because this helps the government to earn foreign income in the form of travelers spends when they visit their country.

LO1 Understanding the history and structure of travel and tourism sector

1.1 Explain the history and developments in the travel and tourism sector. Use the case study of Bath from BC- present

Travel and tourism sector has been evolving since ages and it kept growing with the growth in the transportation industry. As routes to distant locations opened up with cutting down travelling time, number of tourists increased and with this the governments stepped up their efforts in providing for these tourists with the best facilities and a market where they would feel safe and would invest and spend to help the local economy.

Bath is a great city in South West England and was founded by the Romans in the 1st century AD (Whc.unesco.org, 2014). The city became and important centre for the wool industry in the Middle Ages but under the governance of King George 1, 2 and 3 I the 18thcentury, the city grew into a spa city which was famed in art and literature. In 1830, Princess Victoria opened the Royal Victoria Park, which was followed by the opening of the Kennet and Avon canal which eased transportation (Visitbath.co.uk, 2014). This was followed by opening of the Great Western Railway. Such events of opening new facilities kept up filling the tourist from closer countries and then later on from different parts of the world. The primary reason for developing transportation infrastructure is to offer a convenient travel opportunities to tourists for which they have come to the city. This shows that how infrastructure is strongly connected to increase in tourist flow inwards, and developing facilities in the city helps the city to earn foreign currency when the tourists spends. The city then started to hold literature festivals and showcased Roman culture remains which dates back to the 1stcentury. Many buildings and architectural marvels are being very old, such that the entire city has been declared as a World heritage site by the UNESCO.
The city is primarily a heritage and cultural tourist city, and hence the type of tourists visiting the city also are different from the usual tourists. The infrastructure improved with the changing governing pattern from kingly dynasties to voting based selection of leaders. Support from the government also helped in developing the necessary image of the city which it is today. The present situation is pretty 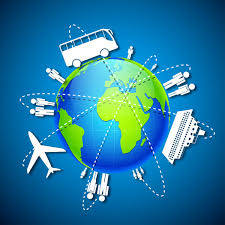 interesting with thousands of tourist visits every year and a host of industries growing because of its connection with the business minded cities of UK.

1.2 Explain the structure of the travel and tourism sector using the case study of Bath

The travel and tourism sector is one of the largest industries in most countries and it is responsible for the maximum employment in some countries. The structure differs from country to country depending on the internal resources, access to cheaper finance, private sector participation, and government’s tourist friendly policy which allows the industry participants to fully exploit the best out of the available advantages. The distribution channels between suppliers and consumers in the tourism industry create the link through which information is being provided along with a mechanism where consumers can pay for the services and reservations (Pearce and Tan, 2004). This link is of utmost importance in the industry because it provides the necessary infrastructure to consumers, which otherwise had not option to access such locations and services. The tourism industry consist of a complex interwoven links of public sector private sector, and individual businesses which connects to provide a single marketable product to the consumer.
Bath is a city with many heritage and cultural sites and the UNESCO tag is to its advantage of attracting a specific type of customer base. Since such tourist are few and rare, Bath is able to receive a significant attention from these tourists who are interested to study ancient culture and civilization of the past. Bath has a simple tourism structure which operates under the government’s role of tourism along with private sector participation. Hotels are growing in numbers through private investments and government s helping the city by forming appropriate policies for the industry’s smooth operations. Travel agents are operating within the policy structure and they have a cordial relationship with each other. Because of transpor 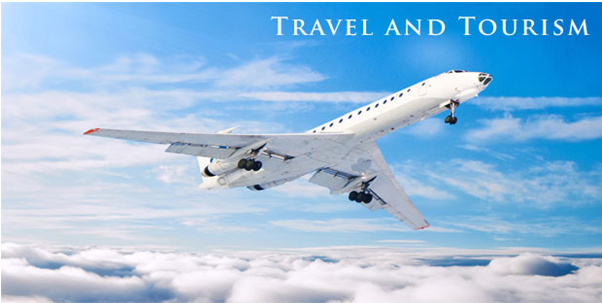 tation to and from important cities, Bath is receiving a lot of tourists. The travel agents association is registered with the agents of other cities and they provide combined services to tourists visiting Bath. The government is helping in keeping the cultural value intact by marketing the city as a cultural hotspot mixed with modern thinking. The city is also linked to other cities of other countries through which road transport becomes easier. The entire industry is structured in an easy operation style and everyone is working to compliment and support each other.

The service industry catering to the visitors which includes food, laundry, transport, retail, banks, foreign exchange, taxis, buses, trains, and other associated service industries are also working in close coordination for making the customer the most important element in their services.