TCP/IP:
TCP stands for Transmission Control Protocol and IP stands for Internet Protocol suite. The TCP is one of the core protocols of IP and is so common that the entire suite is often called TCP/IP. It provides ordered, reliable and error checked delivery of a stream of octets between programs running on computers connected to a local area network, intranet or public internet. It is widely used by the web browsers to connect to the server on the World Wide Web. Also it is used to deliver email an transfer files from one location to another. TCP encapsulates various protocols like HTTP, HTTPS, SMTP, POP3 IMAP, SSH, FTP, Telnet, etc. 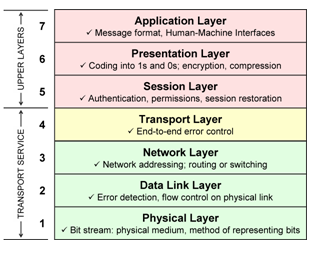 DNS:
DNSstands for Domain Name System is a hierarchical distributed naming system for computers, services or any resource connected to the Internet or private network. The DNS serves domain names and mapping those names to IP addresses by designative authoritative name servers for each domain. 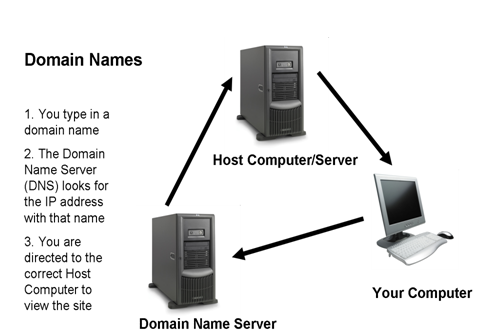 DHCP:
DHCP stands for Dynamic Host Configuration Protocol. It is used on Internet Protocol networks for dynamically distributing network configuration parameters such as IP addresses for interfaces and services. Computers use DHCP for requesting IP addresses and networking parameters automatically from DHCP server, reducing the need for a network administrator. 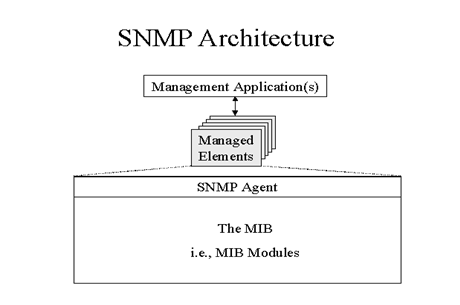 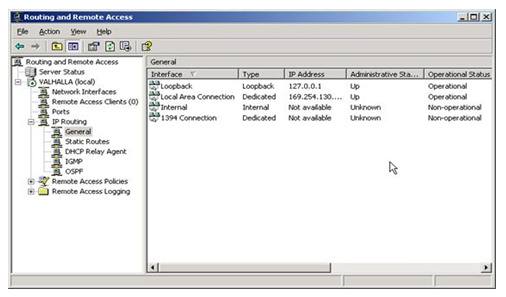 Telnet:
It is a network protocol used on internet or intranet (local area networks) to provide a bidirectional interactive text-oriented communication facility using a virtual terminal connection. It actually helps to provide an access to CUI or GUI on a remote host. 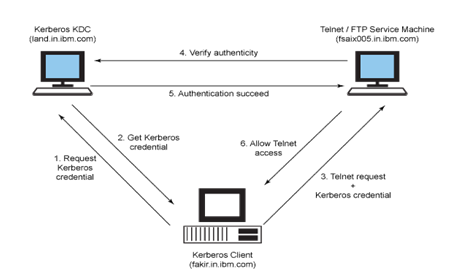 Ports:
In TCP layer each message is to be assigned to a port number. By using port number it can determine the type of service being provided. These are not hardware control ports these are just a reference numbers used to define a service. Like, for an example port 23 is used to provide telnet services and port 80 is used by HTTP for providing web browsing services.

Addresses:
These are used to locate computers on a network. To address computers a numbering system is used to help the sender to send the data packets. This numbering system is assigning IP addresses to the computers without the IP addresses it is not possible to send the data packets on a network to a particular requested Computer Systems (CS) Btechnd Assignment. There are versions of it first is IPv4 another one is IPv6. 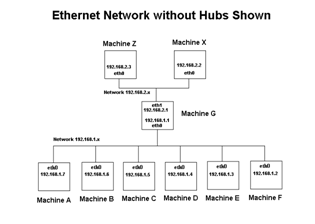 ICANN:
ICANN stands for Internet Corporation for Assigned Names and Numbers. It is a non-profit organization that is responsible for the coordination of maintenance and methodology of several databases of unique identifiers related to the namespace of the Internet, and ensuring the network’s stable and secure operation. It mostly concerns on Internet’s global Domain Name System, including policy development for internationalization of the DNS system. IPv4’s and IPv6’s address spaces of the Internet Protocol are the numbering facilities managed by it.

IEEE:
IEEE stands for Institute of Electrical and Electronics Engineers. It is world’s largest association of technical professionals. Its main objectives are the educational and technical advancements of electrical and electronic engineering, telecommunications, computer engineering, and allied disciplines.

Subnetting:
Subnetting means dividing a network into two or more networks or sub-networks. A sub network is a logical or physical subdivision of an IP network. The most significant group of bits of their IP addresses are identical of the devices which shares the same network. In it the division of IP addresses occurs into two fields, first a network prefix, another as a host identifier. 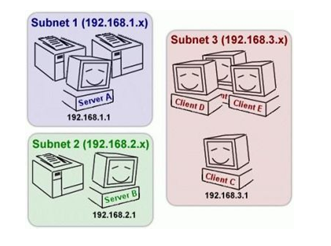 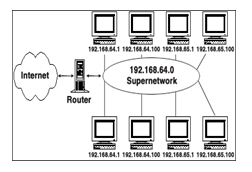 Intranet:
It is a computer network used to share information, operational systems or computing services within an organization.

Email:
Email is a method of exchanging digital messages from an author to one or more recipients. Across the internet or other computer networks

E-Commerce:
It stands for electronic commerce in which trading of products and services are done using computer networks such as Internet. Example of famous E-Commerce website is Amazon, Alibaba, etc.

Instant Messaging:
It is an instant text transmission over the Internet it is a kind of online chat. In these two parties are involved and bidirectional transmission of text is being done.

Wiki:
It is a web application which allows collaborative modification, extension or deletion of its content and structure. It is a type of content management system which differs from a blog or most other such systems in which the content is created without any defined owner or leader.

Blogs:
Blogs are a discussion or informational site published on the World Wide Web. These are shown in reverse as the last update appears on top and also contains pictures, videos, etc.

Certificate Services:
These services validate or certify keys as part of a Public key infrastructure using certificate servers. The purpose of this process is to communicate and be reasonably sure that others are not eavesdropping or assuming a false identity.

Directory Services:
It is a software system that stores, organizes and provides access to information in a computer operating system’s directory.

Internetworking Servers:
It is a practice of connecting a computer network with other networks through the use of gateways that provide a common method of routing information packets between the networks. The resulting system of interconnected networks is called an internetwork or simply an internet.

WWW:
It is an information system of interlinked hypertext documents that are accesses via the internet.

FTP:
It stands for File Transfer Protocol and used to transfer computer files from host to another host over a TCP-based network, such as the Internet. It is built on a client server architecture and uses separate control and data connections between client and the server.

E-Commerce Servers:
It is a web software which runs some of the main functions of an online storefront such as product display, online ordering, and inventory management.

News servers:
A news server is a set of software used to handle Usenet articles. It may aso be the computer itself which handles Usenet solely.

Proxy Servers:
It is an intermediary between a network hosts outside the network. Its core responsibilities are to provide enhanced security, manage TCP/IP addresses, and speed access to the internet by caching server functions for frequently used documents.

Media Servers:
It offers streaming audio or video over the network. Generally these servers use UDP ports and buffering to achieve the effect of a real-time connection.

Directory Servers:
It provides a central repository for storing and managing information. It can store almost any kind of information from identity profiles and access privileges to information about application and network resources and network devices.Order Now