Task 2 B Evaluation of the research

There are various kinds of research evaluation techniques are available which get discussed below such as:

Surveys evaluation technique: This technique is utilized in order to make evaluation of the outcomes or views shared by the population. The data collected for the technique is in huge quantity (Sæbø, 2014).

Biliometric analysis: This technique is utilised for making evaluation of the journals, articles and reports gathered from the secondary sources. It helps in getting current trend but it is not effective in order to make evaluation of future trend.

Case study analysis: This technique required huge resource involvement and it renders in-depth knowledge of the topic. In most of the research studies this technique is utilised (Sæbø, 2014).

In order to conduct the research study “Survey evaluation technique” is utilised as information is gathered by conducting surveys. Questionnaire is utilised in order to gather the information, the information gathered is in the form of views and comments of the population. The main advantage of this technique is it helps in gathering the data in both forms such as qualitative and qualitative, population share their viewpoints. There are few demerits associated with this statement is whether the answered rendered by the targeted population is correct or not (Sæbø, 2014). 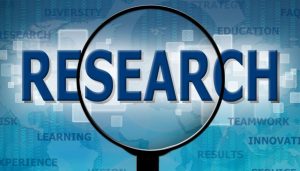 Interpretation and analysis of the results, in terms of the original research specification

The data is gathered with the help of survey over 100 individuals and out of whole data sample of 10 individuals get taken out for the purpose of evaluation. The analysis is made below such as:

Table 1: Advertisement highly influence the youth towards the consumption of tobacco and alcohol.

Analysis: As per the majority of the people the young generation spend their lots of time over watching T.V. and surfing internet. In this case they effectively watch the advertisement and in advertisements they also get some kind of discount which increase the consumption level of the viewers and influence the youngsters (Babor, et. al., 2010).

Table 2: Banning advertisements helps in reducing the percentage consumption of tobacco or alcohol or cigarettes.

Analysis: Most of the population is agreed with the statement as by banning these kinds of advertisement there is fall in the consumption level of these products. In the absence of this advertisement majority of people are not able to know about the new launch of such products (Babor, et. al., 2010).

Table 3: With the effect of the advertisements there is adequate increase in the consumption of cigarettes or alcohol by the young generation.

Analysis: Most of the population is agreed with the statement as there is adequate level of increase is noted down in the consumption of the cigarettes and alcohol among the youth. They get influenced highly with the message rendered by the advertisement (Babor, et. al., 2010).

Table 4: Advertisement of products like cigarettes, alcohol or tobacco promotes the youngsters to make consumption of these products.

Analysis: These products get started promotion with the help of the advertisements and the level of these consumption get increase at a rapid pace with the effect of advertisement because they can target more and more people towards them (Chavan, et. al., 2010).

Analysis: Youngsters spend their most of time over the watching T.V. Serials, online surfing and many more and over these there is adequate flow of these kinds of advertisement and with this effect they get influenced highly (Chavan, et. al., 2010).

Table 6: Youngsters get influenced by the models or celebrities who indulged into promotion of these products instead of all advertisements. Read more : A Dolls House by Henrik Ibsen

Analysis: Majority of the population agreed that involvement of celebrities in the promotional activities or advertisements of these products put high influence over the youngsters and it lead to increase in the consumption level (Martinasek, et. al., 2011).

Table 7: Consumption of alcohol and tobacco products didn’t put much impact over health.

Analysis: The answers are highly against that the consumption of the alcohol and tobacco products. There are various adverse impact put over the health with the consumption of these products as human body will suffer from various kinds of diseases, and various other harmful effects (Martinasek, et. al., 2011).

Table 8: Drugs should be restricted for the medicine purpose only.

Table 10: There are some medicines which are adequate substitute of alcoholic beverages.

Analysis: As per the majority of the population it is agreed that there are various medicines which are prefect substitute to the alcoholic beverages and in case of requirement many individuals make consumption of these medicines (Rogers, 2012).

Recommendation and justification for areas for further research or consideration

Figure 1: Decrease in the consumption of the tobacco and its products:

There are many recommendations in context to the research topic such as:

There is future consideration in context to further research is to evaluate the benefits of banning advertisements related to the products of tobacco, alcohol, etc. there is also effective evaluation is made in context to the increase or decrease in the consumption level of these products by the respective population (Bottorff, et. al., 2014).