3.1 Explain how market structures determine the pricing and output decisions in various organisations.

Market structure in economics represents the number of organisation producing identical or similar products which are the same.

3.2 Illustrate the ways in which market forces shape organisational using a range of examples from Armani or other organisations.

Market forces are economic factors, price, demand, supply that affect the availability of goods and services.  Price plays an important part in shaping the demand for and supply of goods and services. The higher the price, the less goods the consumers are willing to pay. And the higher the price, producers would be willing go flood the market because of profit motive to sell more of the product (s). Armani products designed to meet higher end of the market as well as targeting lower income. Tesco’s higher prices for its products are forcing even loyal customer switching to other competitors for example, Asda, Sainsbury, etc. The pricing level will also be determined by the cost of production. The higher the cost of production, the higher the price the firm will be willing to charge, and vice versa. This market force will affect Armani product as well.

The level of competition in the market place will also affect the price, supply and demand of goods and services this will determine profit objective of companies (Koetter, 2008). Armani or other firms can change these market forces by undertaking intensity of advertising and promotion campaign influences demand for its product. Armani, Apple, Samsung, etc use this market force to enjoy high demand for its products as a result of continue improving or product quality as well as intensive advertising campaign. The Porter’s 5 Forces could be used to describe the market forces which affect the Armani.

The level of demand for Armani products are determined by a numbers of factors, including the quality, brand or labels and availability of substitute brands. Since there is the threat of substitute in the market, the law of demand which states that if the prices of a product is high when the substitute is available in the market, the demand will be decreased, and Armani would have to lower the prices of its products.

The supply of goods and services is another market force that shape organisation’s pricing, productions and market strategy. The higher the price consumers are willing to pay, the higher the quantity that firms are willing to produce and supply on to the market. Armani or any firm will not be willing to produce of the price to be paid is lower than the cost of production or company’s expected return on capital or investment. The Law of Supply suits the Armani group which states that of the price of a particular product in the market is high, it means that the supply of the product would also be high in the market. The luxurious products of Armani which are very costly have high supply by the company. 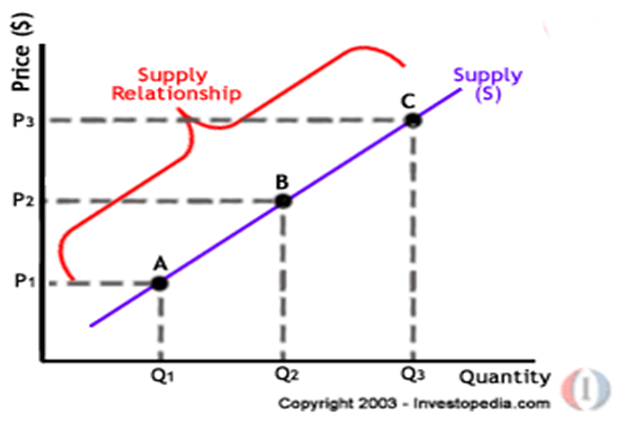 3.3 Judge how business and cultural environments shape the behaviour of Armani.

Organisational culture is defined ‘as the shared values and assumptions within an organisation. The culture of an organisation also emphasizes what the company values as important and can shape the behaviours and personalities of individuals in the firm’ (Kumar, 2014). The understanding of culture environment and organisational behaviour is critical for company and everyone within the organisation and can contribute to the success of a company. The share values, perceptions, beliefs, attitudes are parts of the key drivers of organisational performance. For example, organisations that embraces and value fun, place importance on customer-focus and entrepreneurial spirits among its workforce tend to do well. Armani, for example, pride its success to employee’s commitment to the organisation’s long-term value of customer service and to provide prestigious and high quality products style and pleasure to customers’ lives. An organisational culture, in addition, can be shared values and assumptions and also seen through for example:

A strong organisational culture can developed into a strong workforce-organisational identity that brings the best out of people. This relationship can develop into a strong performance culture towards achieving organisational goals, and a strong culture can enable an organisation to be more effective. Armani’s success as a global fashion icon is attributed to this strong this organisational-culture identity because, it aligned its culture to the environment. The values of Armani and indeed, other successful companies like Coca Cola, Facebook, Google for example, is in tune with the market place, competition, technology and social environments. Armani’s cultural environment and behaviour foster good working relationship excellent customer service with its stakeholders, for example, suppliers, customers, product designers, global partners.