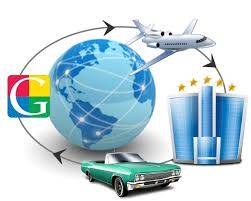 2.1 Analyse the function of government, government sponsored bodies, and International agencies in travel and tourism

Government is the single governing authority in a country and they are further divided into smaller councils for each city or a region. Travel and tourism sector consists of a lot of natural sites which are considered as a national ownership of all. To govern this, it is necessary to have a system by which the resources will not be exploited for personal use by the managers, but it will be so developed into a system where everyone will be able to make use of it in a non-threatening way. Most governments usually has a ministry dedicated to  travel and tourism which looks after the development of the industry in the city or a region. The role of this government ministry is to promote the developed sites to other countries in the form of marketing campaigns, site specific marketing and promotions, participating in international exhibitions to showcase the city’s travel strengths and sites. The government can also sign bilateral trade contracts which enhances tourism between two countries by removing lot of trade barriers and tariff like service tax, value added tax, and transportation tax, etc. this could increase the number of arrivals as their spending per person will decrease and they will be able to spend more on leisure for themselves rather than paying for taxes.
Government sponsored bodies are also autonomous bodies which act on behalf of the government. These could include semi-government companies, specifically designed promotion organisations, etc. Their role is to promote the tourism products to different countries and explain the finer lines of the importance of certain sites and spots.
International agencies are bodies which promote multi-cultural tourism and encourage visiting to each other countries. These organisations usually promote countries with common interests, so that every participating country achieves their internal goals (Holloway et.al, 2009). Thus government, government sponsored bodies, and international agencies operate to promote their own tourism products, increase cultural mixing, and help each other to reach individual goals by serving common interests. Agencies like World Tourism Council, United Nations, International Air Transport Association, etc. all work towards supporting each other and enhancing the business of individual participant countries.

2.2 Explain how local and national economic policy influences the success of the travel and tourism sector

Local and national economic policy tend to have its effects on all sectors and not only the travel and tourism sector. Government’s job is to increase inward income by attracting investments by providing an environment conducive for investments and making the investors feel secure about their investments. The macroeconomic model of operations is very important to understand the presence and importance of the travel and tourism industry in the country’s policy context. 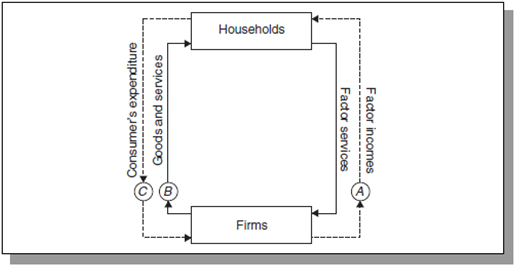 The above figure shows the flow of money from consumers to the firms to services and back to consumers. So to maintain this flow in an efficient way, government needs to design policies which enables consumers to spend in the market helping it to survive.
A policy change in the taxing structure of tourism industry like hotels can have either good or bad effects to the sector. If the economic policy increases the taxes from hotels, the sector may see a drop in occupancy and thus a subsequent drop in spending (Tribe, 2005). This can also make the hoteliers to consider some lay-offs generating unemployment. On the other hand, if the economic policy introduces a reform of providing tax exemptions to developers of small and budget hotels, the accommodation in budget hotels will go up and also the sector will experience ample addition of rooms by fresh investments. Similarly there are many other economic policy reforms like adding or abandoning value added tax in hotels, taxing higher to tour operators, making cheap finance available for hotel development or tourist site development, can have significant good or bad effects on the entire sector. Local and national policy may also vary sometimes, just like a local policy allowing restaurants to operate for prolonged time to increase revenues against the national policy of closing all restaurants at a fixed time thereby limiting their income. So local and national economic policies tend to have direct and indirect effect on the tourism sector.

2.3 Discuss the implications of political changes on the travel and tourism sector in different countries

Political scenario plays a significant role in steering the growth of the travel and tourism sector. When a country is experiencing elections, the focus is completely on the political parties and their manifesto for the tourism sector. The industry closely watches the political seen and gauges the expected turnaround in the policy reforms which will benefit the sector as a whole. Political leaders promote their individual ideas about each sector and of a leader wins and bringsin changes in the tourism sector by introducing a host of new reforms like complete abandoning of tax exemptions, regulatory changes in sourcing of raw materials from within the country even though importing it might cost low, etc. can actually make the tourism environment a little dull and new investments would not be encouraged. When political unrest increases in Thailand, the number of tourist arrivals from Europe, Japan, and other countries fell down, because tourist did not want to visit places where insecurity was high (Pinjiparakam, 2013). Similarly, when the political condition is smooth and calm, tourist tend to travel more often to such places, because they are assured of their own security and safety. When a good political party takes the governance in its hands, and focuses on building travel infrastructure, increasing airline routes, improving road safety, introducing variety of modes of travel like monorails, metro rail, freeways, etc. and develops tourists sites with the best facilities, the travel and tourism sector is for sure to receive more number of tourists and the entire city or a country improves its image in travel and tourism. This in turn encourages new tourists to consider visiting the country and thus a political change in the leadership with different views about the sector can have immensely positive effects on the sector as a whole.

Tags: career in travel and tourism after 12th