This is a solution of Retail Industry Australia Assignment part 1 in which we discuss the report will find results by using statistical methods like mean, mode, media, standard deviation and variance. 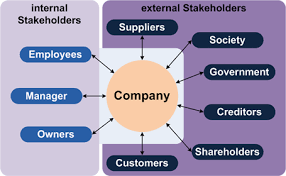 This report will identify the market scenario of the Australia with respect to retail industry. The retail market of Australia is growing very fast as online shopping and easy return and refund policies are motivating the customers. The report will find results by using statistical methods like mean, mode, media, standard deviation and variance. This study shows all information about the consumer spending per household and online purchase carried out by consumer during the period of 2011. Further, basis on the market research recommendation will be put down for future growth of the organization in the retail industry of Australia.

TASK 1
Summary of trends across Australia

The current health of Australian retail industry is good in terms of flow of money, accessibility of resources and demand of market. In July 2012, retail industry was rising with estimate of 0.4% . The trend continued as there was further growth in the retail industry in the months of June and May as the growth rate increased from 0.4% to 0.5%. There were cases in the seasonally adjusted rising by 1.2% and 0.6% in the months of June and May 2012 and decrease in July 2012 with 0.8%. While comparing the data from 2011 and 2012, it is visible that there was an increase in turnover in July 2012 by 4.0%. The retail sector is also facing a number of structural changes.

Consumer demands are also constantly changing, with consumers looking for increasingly convenient shopping options. The growth of online shopping is a major trend which is affecting the consumer  organization behaviour of the customers in Australia.The examination of retail sector has shown that there was increase in particular sectors like in food 0.4%, retailing of household goods by 0.7%, cafe, restaurants and fast food service 0.8% and at last personal accessory, clothing and footwear has grown by 0.5% during the period of July 2012 (Economics, 2011). On other side retail industry was comparatively seen to be unaffected and still it has been seen that department stores decline in their trend by -0.5% in July 2012 and retail industry has developed day by day by adopting the changes.Examining the data from July 2012 shows that the retail industry was significantly growing in Victoria (0.2%), New South Wales (0.6%), Queensland (0.3%) and Australian Capital Territory (0.2%). But in the case of Tasmania (-0.4%) there was turn down in market trend by July 2012. This combination of soft sales and falling prices is crimping profitability in the retail sector. Gross operating profits for corporations in the retail sector increased by 4.0% in the July of 2012.

Calculation of variance in turnover trend for department stores in 2012 instate
Table 4 Calculate variance
Department store
Variance (2012) 20999.1
From the Variance value it can be concluded that the spread of departmental store is huge. With respect to department store, the value was high in 2012. In terms of data, it is scattered around mean (Berenson.et.al.2012).