Lucky Cement Limited (LCL) is Pakistan’s largest manufacturer of dry cement and is considered to be the first exporter of a sizeable quantity of loose cement, which has also dominated the 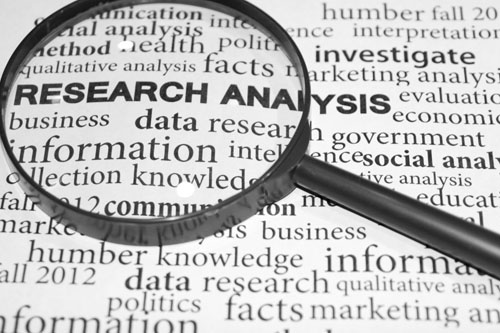 local market with its network of 200 dealers across the country. The company was formed in 1996 by “Abdul RazzakTabba” the founder of “Yunus Business Group”, Pakistan’s largest business group. The group consists of the LCL, the holding company of the group, and its subsidiary companies, LAL Holding Limited, ICI Pakistan Limited, and ICI PowerGen Ltd.

LCL is a public limited company, listed on all stock exchanges of Pakistan and its shares are also traded on the London Stock Exchange. Currently, the capacity production of LCL is 25000 tons per day of dry cement.(Lucky-cement, 2014)

I selected DG Khan Cement Limited as a competitor company for the analysis. DG Khan Cement Limited is one of Pakistan’s largest cement producers with an annual production capacity of 42 million tons. The company was established in 1978 as a private limited company, under the management of the State Cement Corporation of Pakistan Limited. However, the Nishat Group of Companies, the largest business group of Pakistan, has acquired the company in 1992. After the privatization, DG Khan Cement Company was listed on all stock exchanges of the country.(Dgcement, 2014)

The cement sector of Pakistan is on the way to coverage because of the compelling valuation, improving domestic demand outlook, easing cost pressure, and better pricing power.(Rizvi, 2012)

All Pakistan Cement Manufacturers Association in its reports states that the cement industry is based on 29 manufacturers and most of them expanded their operations after the year 2002. The cement industry has invested 1.5 billion dollars in capacity expansion since 2008. The domestic market remained stagnant between FY2011 and FY2012. However, FY2013 proved to be a good year with an increase of 22% in exports and marginal growth in domestic cement dispatches. (Apcma, 2014)

According to the Pakistan Economic survey 2011-2013, after the eruption of the global financial crises after 2008, the world economy is still struggling for its recovery. In 2012, global economic growth has deteriorated further. Pakistan’s GPD was 3.70 during FY2011-FY2012, considered to be the lowest in the region. However, with the strong prospects of economic revival GDP rate has increased to 4.3 during FY2013. The cement sector of Pakistan contributes its due share of 3.5% annually in the GDP of the country in the form of tax revenue. The cement sector has grown in recent years because of the increase of investments in smaller scale construction, rapid implementation of PDSP (Pakistan Development Sector Program) schemes, and other development projects of Federal and Provincial governments. (Ministry of Finance, 2013)

The cement industry has unfortunately suffered from the last few years because of the rapid increase in raw material costs, high cost of energy, rising transportation costs, upsurge in inflation rates, fluctuating interest rates, political instability, and energy crises of the country. However, with the incentives and relief provided in the federal budget 2012-2013 like the reduction of excise duty by 200 per ton and 1% of GST, the trend in the domestic sales is expected to rise in the future. (Siddiqi, 2012)