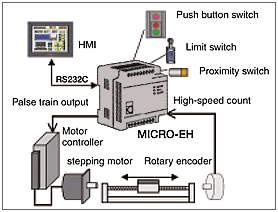 Programmable Logic Controller (PLC) is a digital computer used for automation of typically industrial electromechanical process. This gives control of machinery on factory assembly lines, amusement rides or light fixture. The major benefit of using a PLC is the ability to change and replicate the operation or process while collecting and communicating vital information. The report is going to explain the difference between OUT and SET and describe the microprocessor and conversion of analogue into digital. Moreover, it will describe the different functions use of logical terms.

Difference between OUT and SET and use of RESET

For a programmable Logic Controller (PLC) SET and OUT are major functions that used for defining the value and getting the desired output.

Table 1: Difference out and set

The logic controller use OUT and SET for defining the values to perform the operation. These values have different keywords and variables that required for desired outcome. A programming logic controller indicates the execution and logical values for specified return value. PLC is an assembly of relays and counter as well the electronic device centred on a micro processor (Bolton, 2015).

The SET is being used for a new regular series exploring and controlling the functions of controller through keyboard or a controller. There are many SET controller are available to maintain the work in customized manner using mapping. This helps to manage the output and functional value for device. In addition to this, RESET is used for resolving some system errors and restarts the process through troubleshooting. This process is helpful for boosting the performance by encountering the issues by RESET the process. For PLC device RESET process improves the response, control the high utilization of sources and effectiveness of application to get desired results (Ringer, 2015).

The conversion of analogue into digital is essential to run the program and use of data for getting the desired value through operations (Mokarram. et.al. 2015). In order to manipulate the data using a microprocessor analogue data would be changed into digital signals which could be understood by the system.

Analog to digital converter is a device that converts continues physical quantity into digital number that represents the quantity amplitude. The basic principle that is been followed in conversion comparator that determine whether to turn the particular number (Smoczek and Szpytko, 2015). Comparator is extremely large and open-loop which is highly sensitive and comparing its input value with zero. This helps to make positive outcome and limited by the slew rate.

Analog-to-Digital convertor is a device that converts a physical quantity that represents the digital amplitude. The resolution of A/D can be expressed in two methods like ratio between maximum signal measured at the smallest part of on the logic controller that converting the analog-to-digital. Another way the number of bits and actual voltage measured on the specific part of controller (Kabalan. et.al. 2015).

In the current scenario the programming word includes embedded systems that have word size of 8, 16, 24, 32 and 64 bits. For the logic controller system word is a term of the natural unit of data that used by the particular processor design. The number of bits consider as word length that reflect the structure, operation and majority of register that would be transferred to and form of working memory (Figliola and Beasley, 2015).

Role of functions in the Mitsubishi 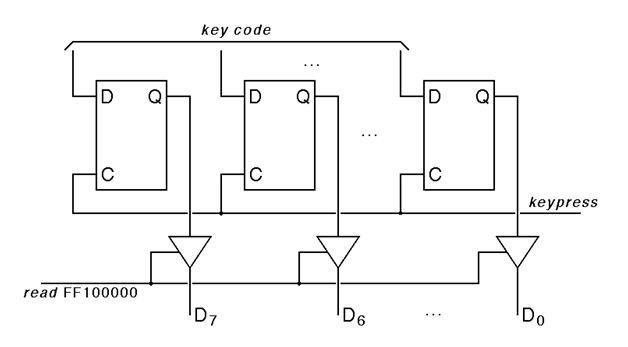 In an electronic computer architecture a processor register is known as small amount of storage that available as part of a digital processor. For example, data registers would be used from 8 bit to 32 bits registers. Data registers holds the numeric value such as integer and some architecture, floating points as well the bit arrays.  Additionally, data register known as accumulator that used for many operations (Munteanu. et.al. 2015).

The PLC uses this relay for developing the secure connection and manages the equipments according to the connection order. This would be used in the octal and numeric values that have impact on the outcome.

This function is being used for managing the values and components of logic controller. Additionally, this function gives the value about the SET and OUT input that inserted by the user.

For analyzing the values and functions that inserted in the programming, M8033 relays would be used that includes testing and coding of logical strings. The testing of controller would have been done according to the process define under M8033.

For centralized approach and use of function this diagnostic auxiliary relay is being used. The technical support for managing the logical controller as well as analyze the effectiveness of functions that applied for running the application.

From the above study it is been considered that programming logical controller use different functions and logical strings that has explained in the reports. The uses of functions like Add, div, ZREST and ZCp has also been discussed in the report. Moreover, use of data registers and auxiliary relays discussed for better understanding.