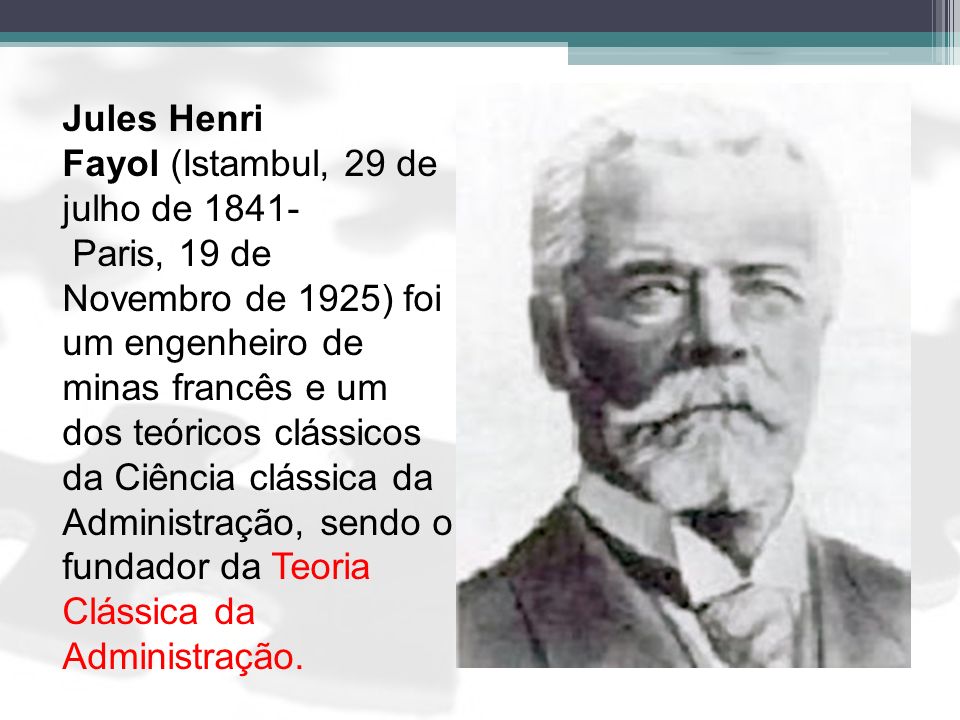 by most of the organizations till date. According to him the six functions of management are forecasting, planning, organizing, commanding, coordinating and monitoring.  In order to bring success in the organization, there must be planning about the target of what must be achieved in the future. Following this planning, the resources must be organized in such a way that it takes the organization in the way of the planned path, along this path the commanding of the human employees and coordinating the physical and human resources  must be handled efficiently. Monitoring the activities and production process is also considered useful for review and feedback. (Weihrich and Koontz, 1994)

Fredrick Taylor is known as the father of scientific management as he was the one who coined the name of scientific management, it is also known as Taylorism which studies the workflows between the various levels of the organization. As Taylor was an engineer in a steel plant and grew up from there, he applied the engineering and scientific processes to management. He stressed the need for clearly defining the functions of individual workers and the groups. He stresses the need for economic efficiency through increase in labor productivity.

Fayol laid down the fourteen principles of management and they are discussed in brief here:

The four principles of management that has been put out by Taylor is as follows:

Compare and Contrast: Henry Fayol’s theory to that of Fredrick Taylor

Comparing Henry Fayol and Fredrick Taylor, we can say that while Fayol was concerned about the organization as a whole, Taylor was concerned about the workers and their interdependence with the top management. The focus of Fayol was to improve overall administration with the fourteen principles he had suggested whereas the focus of Taylor had been to improving work productivity with standardizing and division of labor. In general Fayol was the practitioner who advocated what he practiced at the organization whereas Taylor conducted time and motion tests and experiments with the equipments and workers and found out that each worker will put in his best efforts for an extra income he could earn from this extra effort. (Berdayes, 2002)

While Fayols principles were based on his personal experiences that led to universal truths, Taylor based his principles on the observations and experiments he conducted.

The works and management theories of both Taylor and Fayol are complementary to each other.

Many studies have made a comparison between both the pioneers of management studies. In both of their theories, we can find that they stressed the need for management of resources, specifically the personnel as the key factor for the success of the organization. Both of them use scientific approach to the theorizing of management of resources. While Fayol used his personal experiences, Taylor used his experiments to theorize on the same. (Samson and Daft, 2012)

Contrasting between the two theories of management, while Fayol’s principles flow from top to bottom, Taylor recognized the need to mutual interdependence between the employer and the employees.  Fayol’s flow of management was from top to bottom as he was a top manager and was in a better place to observe and personally experience the role and difficulties of a manager, but Taylor’s flow of management was from bottom to top direction which was mainly due to his position of being a consultant. While Fayol concerned his theories in the management of the organization as a whole and to improve it, Taylor was more concerned with the management of the job and work specialization. (Williams and Anderson, 1991) As to this regard, Fayol’s principles of management have a wide scope in its application to organizations even in the present day world, than that of Taylor.