Political International Relations Philosophy Assignment is aiming to critically evaluate the difference between contemporary international level terrorism with the previous or conventional forms of terrorism. Reports reveal that nature of terrorist activities and the ideology of terrorism have changed from the pre-world war time. There’s the need of understanding what exactly terrorism is, before going into any of the discussions further. Basic meaning of terrorism has been derived by different schools in various ways. More or less all states are concerned by the impact of terrorism- socially, politically, as well as economically. The definition of terrorism will explain the conventional terrorism, whereas the recent practice explains contemporary terrorism. Comparing them will point out the changing areas, as well as the harm society is going to get through these changes. In the report, the role of government has also been included, based on the changes and disadvantages of the alteration. (Di Leo et al., 2013). 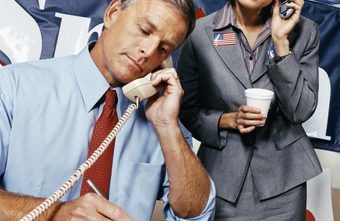 According to Peter Neumann, terrorism is a deliberate creation of fear which is supported with some symbolic violence, mainly targeted to influence a political behaviour. The US state department defines Terrorism as – a pre-planned violence, motivated with political intention against some non-combatants, in order to influence a target audience. Definitions of terrorism have differed from one another. Most of the time, the explanation is derived from the perception of the effect of terrorist activities, but the basic understanding is essential to be realized, in order to track the variation in terrorist activities.

Meaning of terrorism can be explained by analysing both the definitions, stated above. The primary definition states terrorism to be a pre-planned violence and the second one states it to be a deliberate creation of fear. Comparing them both, it can be stated that terrorism is surely a pre-assumed set of activity, violent in nature in order to create fear.

Conventional terrorism can be explained as the practice of violence that is continued for a long period of time. Terrorism is essentially meant to get a political benefit over the others, which can be stated to be a type of revolt. Terrorism is that set of revolts, where violent activities are preferably amalgamated with planning. Hence, it is quite easy to understand that with the changing nature of government, planning and violent activities of terrorists are also going to be changed. There are four things that cannot be inferred out from conventional terrorism definition and understanding because it was more of a tool than a planned strategy.

Since the nature of political condition and tolerance of violence is ever changing change is inevitable in terrorism. The terrorism that is practiced now in the different parts of the world is known to be The Contemporary terrorism. It is a modified form of terrorism that includes changed behaviour, motive, nature and target audience. More the change in the political environment further will be the change of political demand of the terrorists, which is indirectly an index that is indicating the increase of terrorist activities. Violence and planning are the two tools that terrorists are using to spread their cause. The conventional belief in them says- through the spread of fear on the target audience they are going to achieve their political demands. More the tolerance to fear increase among the target audience, more violent the attack of the terrorists has been. This is the basic thing reason for the human resource development of the contemporary terrorists (Voica, 2012).

According to the data released by US statistics department there is a 100 percent jump in number of terrorist attacks worldwide after the allied forces invaded Middle Eastern countries. This was retaliation from the groups which were attacked by the US and other armies and civilians on both sides are the primary people who are getting impacted by it. For example suicide bombs or “Fidayeen” attacks in which a person blows him up in a crowded target place by wearing a belt or jacket laden with explosives. This approach was developed by Hezbollah who is Islamic fundamentalist and he reworked and developed a complex system of stated that suicide bombing is equivalent to the honourable martyrdom as mentioned in holy book of Islam. This creates an illusion in the mind set of people who are following him that they are working as per the teachings of their holy book.

Islamic terrorism or association of Muslims with terrorism as a phenomenon is one of the most common stereotype in western world. This development occurred because of various terrorism incident which can be traced directly back to the organization with Islamic ideology or groups who are Islamic fundamentalist who believe in terrorism as a tool for jihad and establishment of Allah’s rule (Silke, 2003).  Although these groups are professing terrorism as an Islamic motivation and an act for Islamic causes, this creates an image in mind set of every person that Muslims are directly involved with such activities. However many scholars and Muslim philosophers strongly condemn such act and argue that not ever Muslim is standing behind those ideologies.

According to Mickolus, (2002) this entire phenomenon is acting as a cycle psychology of all parties involved because one more Islamic terrorism incident lead towards further gaping between Muslims and other communities of society and this further pushes the innocent Muslim people away from society and further escalates rebellion and terroristic activities (USA COUNTER TERRORISM POLICY, 2011).  In a nutshell- it is evident that terrorism is a complete process to create fear among the target audience with pre-meditated set of activities, mainly with a political intention.

There are four broad areas where contemporary terrorism has changed from that of the conventional one. The four areas have been pointed out earlier, and needs a better understanding.

Target Audience– Target audience of the terrorists in the conventional practice are government or the rulers. When the government was confined to the administrative body only, the target of the terrorists was limited to them. They tried to make them afraid with their violence so that they comply with their political demands. Since the power is decentralized now, their target audience has changed from administration to general citizens. So, the nature of selecting target audience has remained same, although the physical aspect has changed. (Neumann, 2009).

After the First World War, the terrorist activities were directed in two ways. The first one was violent movements for freedom and the second one was a revolt against non-compliance of the promise, made during the time of war. Political decisions were solely dependent on the administrative people, but it differed at the end of 20th and at the beginning of 21st century. Nearly all the big nations’ political condition was transformed into the democracy, where the power of common citizens is more than anyone else.

Structure of terrorist group– The conventional terrorist group was basically vertical structured. There was a leader of the entire group whose orders were followed down the line. Now in modern terrorism the structure is more horizontally spread. The nature of terrorism has totally changed from the last part of the 20th century. Gradually number of leaders in each terrorist organization increased and their duties shared and they are accountable as well.. They are not discreet but interconnected by forming a horizontal structure. The reason of this transformation is definitely change in reactions from the end of the administrative bodies. The Political leaders, these days, are not interested to know the demand of the terrorists. With the intention to stop the terrorist activities, they plan to uproot the entire segment, similar to the behaviour they show for the criminals. When the structure of a terrorist group was vertical, uprooting them was easier, where all it was needed was to find the top leader and then that leader can be imprisoned and punished, entire group can be uprooted. For this reason, terrorist activities were endangered, which have transformed them into horizontal form. (Research, 2015). Horizontal structure of the terrorists group has initiated an international pressure on the different nations and their security system. This has pressurized the administration, especially when they are aggressing with a motive to uproot terrorism. (Hawkins, 2015)

Contemporary terrorists are involved internationally, and since they are majorly from Islamic nations, they are moving ahead with religious emblem, although the motive of terror has political interest. Terrorism was never popular among the general population, but since religion has been involved as a strategy, they are gaining popularity creating major problem for the administration (Hoffman, 2006).

Changes in style of violence:- Violence is the last thing that has seen a massive change among the contemporary terrorists. The level of violence has increased a lot with increased use of latest weapons. Earlier, fear was spread only to make the government or the administration aware of the movement, but the contemporary terrorists activities are spreading the fear in such a way that society feels to be endangered. Reason of the change is not specifically known to the scholars, but is guessed to be democratic rule and behaviour of government to eradicate terrorists (Cordesman, 2002). Terrorism now is not a direct movement, as a result of which they are hiding themselves among common people to run their movement. Security of general citizens is at stake, for the reason of this changed behaviour of the terrorists.

Terrorism is the activity that is directly related with the political scenario, since the demand of the terrorists is definitely a political benefit. So, it is quite natural that terrorism and its different features will change and government has to change tactics to handle it. Government is handling the case differently as they are trying to stop the activities of terrorist groups through coercion. This has not worked at all, in fact, terrorist activities has been transformed to more violent condition. If governments of different nations show interest to understand the motive of the terrorist activities then it would be much easier for them to tackle contemporary terrorism rather than just killing leaders and hoping it would end the problem. (Cooper, 2004). Conventional terrorism has changed massively in the last three decades, where role of government is not confined to some estimated areas. The first thing that the government is missing out is the knowledge of motive of the terrorist groups (Heymann, 2003)

In conclusion it can be said that terrorism is the practice of violent activities for spreading fear among the target audience, to get political benefit. Target audience is mostly the administrative bodies, which has changed to general citizens, due to practice of democracy. Fear is spread through violent activities to influence the administration. That was the trend among the conventional terrorists, which has again changed among the modern terrorist groups. They are doing violent activities in order to disrupt the activities of government. All these changes are due to change in political environment as well as for the government’s behaviour in handling them. Change in the nature of government policy can change the behaviour of the terrorists again, and that may bring peace in the society (Bonisch, 2014).