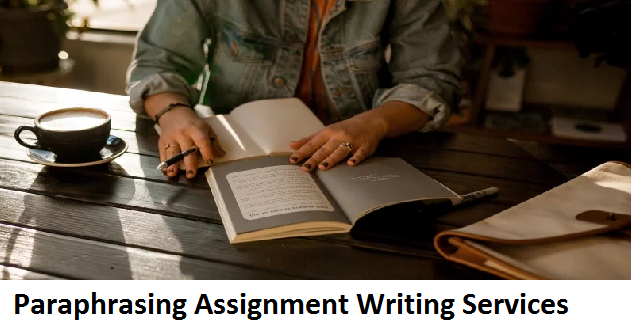 The Australian government is taking many initiative to reduce the gap in context with Healthcare and the lifestyle of the people. In the essay this close gap policy shall be discussed in details along with the health care problems in Aboriginal and Torres Strait Islanders and the various reasons behind it.

In 2005 a Social Justice report was prepared which consists of the health of native Australian people. In response to the report the Australian government as addressed the issue and developed the “Close the Gap” policy. By way of this policy the Australian government has committed towards creating a society free from disparities by addressing their Healthcare issues and other social problems. The people of the country is also struggling with poor housing, employment, health and nutrition and education. The government has committed to resolve these problems by the end of 2030.

By way of Close the Gap Campaign the Non-governmental bodies and the Human Rights organization associated with each other to fight the problem and eradicate healthcare issues.

The motive of the campaign was to serve the people. The government had the policy to prepare annual report and present it in the parliament to provide regular reporting on the closing of the gap. Several changes were made in the healthcare system arrangements in order to address the system performance which is going to benefit the overall health care system. This changes may or may not be effective but the data that was collected became the basis of key performance measure and analyze the success of the policy.

If any discrepancy is found in the plan then it would affect the success of 2030 plan and the government is going to immediately act upon it to make several other changes to succeed by 2030. So like this it is to be confirmed that the new generation of Aboriginal or Torres Strait Islander get a healthy life and equal Healthcare access (Li, 2017).

The Healthcare area which is critical and is likely to be 4 times than that of non-indigenous Australian people is the prevalence of type 2 diabetes. This chronic illness is a result of reduced level of insulin or the body being unable to effectively use it and therefore the proportion of glucose becomes greater in the blood. The lifestyle of the people who are diagnosed with type 2 diabetes is influenced by the westernized culture. The chances of poor diet, obesity, and physical inactivity increases in case of type 2 diabetes (Davy, 2016).

The root of poor health and hereditary problem lies in the history from where evidences can be drawn in relation to health of people. It is true that the native Australian were hunter gatherers before the white settlement. They were highly dependent on neat and clean for food. They used to search and hunt for it. Eating fresh meat and moving from one place to another were the two great factors which kept them healthy and their lifestyle a decent one.

were less traces of diseases in that time. When the European settled, the lifestyle of these people were enforced to be changed as we have to change their food habit and adapt with the substances that are rich in sugar and fat. The new food that was introduced in Australia to these indigenous people contained transmissible diseases for example, measles and tuberculosis, and the native Australian people did not have any immunity against it.

Moreover, the policies of the British government imposed greater detrimental effect on the health and well-being of the native Australian people. The British government imposed a policy which became the law of the land which was that land belongs to no one in specific. The lifestyle of these people changed significantly and drastically with this law. The food on which they were dependent which was cultivated through the land was now seized from them.

Credit card they had to leave their own land and the basic tradition of food and nutrition became extinct. The people were confined in their homes and they did not have access to the land and the medicines. Taking away the land also took away the source of income. The physical activity is reduced to a great extent, the diet of the people ordered, and the chances of obesity causing diabetes enhanced.

Judy being a 57 year old lady has been registered for CTG which is helpful in a manner that the policy shall protect and cover her healthcare needs. The social determinants have significant impact because Close the Gap policy is meant to provide more service to the people who have less access. More and more policies were developed which were against the normal lifestyle of native Australian people which had great impact on their span of life. The various policies consist of integration policy, assimilation, reconciliation, and segregation like policies. With the introduction of these policies the people became skeptical against the white people. They started losing trust and doubted the medicines provided by non-indigenous Australian. Different discrimination in every sector. And it was a reason for the health gap between native Australian and non-indigenous people in Australia.

The traces of type 2 diabetes was first identified in the year 1923. And in the last 20 years the number of people being diagnosed with the chronic disease has increased to double. It is mostly found in people above the age of 40. As per a research, the native Australian accounted for three times more than non-indigenous people being diagnosed with diabetes. The government has the initiative to work for the community to close the gap and achieve the goal of equal Healthcare service but the changes that have occurred since 2008 are significantly lower. The 20 years of GAP is still a big gap which the government is not able to mitigate between Aboriginal and Torres Strait Islanders and other community. The death rate is significantly high and the major reason behind it is the poor access to Healthcare.

There are major factors that contribute to the who Healthcare access one of which is, the native people live in areas that are away from the city and the facility of hospitals, nurses and diagnostic centers are far away from their reach. The lifestyle of the people is also different. Therefore, the government is trying to deploy more people into the regional areas so that the facility increases. But here the cost becomes a major factor which is more than 2 times per capita expense (Korff, 2018).

The Australian government is trying to take all the initiative to mitigate the gap between Healthcare taxes and providing equality between native Australian and non-indigenous Australian. The development of plan for the next 25 years is growing rapidly and greater amount of people now have the access to Healthcare services as compared to the previous provisions. Type 2 diabetes has been identified a major chronic disease which is contributing towards the health gap.

The reduced Healthcare services and increased level of diseases is result of discrimination, lack of trust, in accessibility to Healthcare facilities and other factors which became a privilege for the white people. They were also deprived of the human rights but now the government has put effort to reduce the gap. The results of the initiative are insufficient and they still have a long way to go. Another factor that has been identified is that they live away from the cities and in the regional areas the Healthcare facility is comparatively lower than the urban areas. The effect of the government is commendable and their target of 2013 to address the problem is highly appreciable.