This Organizational leadership Assignment is aiming to critically evaluate the statement “Transactional leadership has no place in a contemporary organization”. It appears that this statement is largely true and applicable in the present business environment. This assignment would define and explain the terms like transaction leadership and also provide an academic back up for the statement and its applicability. This assignment would also explore the opportunities where business leadership approaches can be applied in an organizational setting. A comparative evaluation between types of leadership broadly would be done as well to provide context to the assignment.

Leadership refers to the concept of “organizing a group of people for the accomplishment of a task”. Schemers, (1997) describe leadership as “a social influential process in which an individual is able to get the support of other people to complete a task or activity”. Leadership can be broadly classified as a transformation leadership and transaction leaders. According to Gao, Jansen, & Shi, (2011)  Transaction leadership can be defined as “Style of leadership that is based on the setting of clear objectives and goals for the followers as well as the use of either punishments or rewards in order to encourage compliance with these goals’’.

A leadership style decides the way all employ 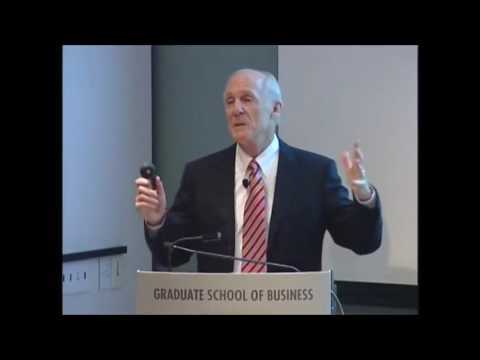 es are lead makes a lot of difference in the way they perform. It makes an impact on their innovative approach, their ability to think out of the box, their decision making power and their job satisfaction level. Leadership approach can be of a transformation leadership and transaction leadership in an organization by a leader. Other than this there is one more way to classify leadership styles. This leadership classification states that leadership could be classified as autocratic, democratic, Laissez fare, Charismatic leadership, authoritative leadership etc. (Goddard & Melville, 2004). The different type of leadership styles has their own advantages and disadvantages.

A transformation leadership aligns itself with the change needed in an organization. It identifies the change and its importance, then it motivates and encourages employees to share the vision and align their own efforts and activities towards that change. A transformation leader usually provides the association with the positive outcomes and it also ensures that other than reward and punishments there should be motivating factors which can encourage employees to reach out beyond the call of their duty and bring changes. It’s not necessary that a leader will have formal authority in leadership. The leader may or may not have any formal authority. Research has been going on for centuries to find out the true qualities/characteristics of a leader (Wong & Schlesinger, 2013).

In modern business environment change is the only constant and the globalized business model ensures that the business environment stays dynamic all the time. There is always a new invention which can obsolete the previous version or there could be a technological breakthrough which can obsolete an existing technology immediately. One good example of such absolution is the usage of film role based camera which was vanished in a small period of time with the arrival of digital cameras. Companies like Cannon, who transformed themselves with changing technology survived and gained competitive advantage while companies like Kodak who did not make a change because their leadership could not envision the needed changed perished into bankruptcy. Any organization which is contemporary in nature is moving so fast ahead in the business world that even if a company stops itself in current position, they start losing or going backwards because no one else is stopping. It is now a snowball effect of the contemporary organizations have a transformation leadership style on the roll. Leadership is aspect of an organization which can facilitate the changes and make the entire organization much more contemporary, open and progressively adapting to the changing times. This right leadership is one of the most important factors in developing better Job roles, work environment and job satisfaction in nursing profession (Wang, et al. 2011).

Miner (2015) has pointed out that a motivated staff is not only likely to offer higher quality and quantity of work, but also have the interest of the organization at heart, hence are willing to undertake any activity that will ensure the highest level of performance is reported. Leadership behaviors have been associated with the motivation of employees, however, there is contradictory findings obtained on the nature of the influence with some scholars stating that effective leadership is likely to motivate the employees while others asserts that the nature of leadership within any organization has minimal effects on the employee motivation (Miner, 2015). It is expected that collaboration, inspiring and motivation of the staff, developing others and having a strategic perspective in work are the major leadership behaviors that are likely to be reported among st the leaders to the firms with transformation leadership style. In addition a higher extent of employee motivation and performance is likely to be reported in organizations where the above leadership behaviors have been effectively executed.

According to this theory each situation requires an analysis before the leader can decide what should be the amount of guidance and direction required in it. It is broadly divided into two axis of behavior namely task behavior and relationship behavior. Each situation lies in different coordinates of these axis and according to its position on the axis its response can be decided by a leader. There are four common and critical competencies which a situational leader demonstrates namely diagnose, adapt, communicate and advance. There is no single best style of leadership which can be used a sa uniform approach to leadership. According to this theory in different situation different styles of leadership are best suitable. This theory is in contradiction with the statement made above prim face but on analysis it can be observed that current external environment is dynamic in nature and that is why transaction leadership is not applicable in current situation making it obsolete for modern organization.

Another difference between a transformation leadership and transaction leadership is that a transitional leadership just communicates the vision of an organization to the middle and lower level employees while a transformation leader would keep a two way communication with all, he would not just communicate the vision, but he will live the vision of the company and present himself as an example to all so that they can be brought on board for changes. Transformation leaders find the best people for the task and play a very active role in effective development. They know that value for an organization can only be created if best people are put into a task. Not only do these employees create value for the organization, they also create value for themselves, which help them on the personal and professional front.

In conclusion, it can be said that being aware of an organization’s values is one thing and practicing them in day to day work is an entirely different thing. Knowing the organization’s values help to align one’s work with the values and create desirable value for the stakeholders. A transformational leadership is always working towards unlocking more value out of every level of the value chain. A lot of decision making is involved for managers in today’s corporate world. They have to take difficult business decisions like how to align daily work with the company’s strategy, how to create value for the stakeholders, how to play a part in the organization’s growth, etc.