World Wide Web became an integral part of our lives now (Yeager Nancy 1996, p.6).
To develop the web solution system for given organization, it is essential to have understanding of different kinds of network technologies and system components. The requirement of a business varies and with this varies the suitable network configuration for the particular business. Knowing the different types of possible network configuration assist the process of developing a web system for the given organization company based on the requirements of the business from the network solution.
The configuration of a network system in the business scenario of given organizatio 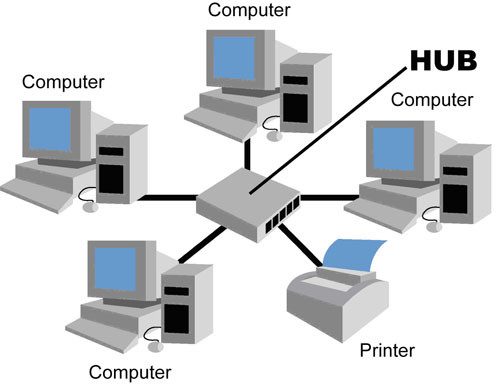 n is to gain advantage of the network components and technologies for better management and convenience. The proposed network will provide the company ability to access the company files from any system in the network of company. By using this network, the manager can actively keep track of all the accounts and different files related to the business strategy. With implementation of the network, it’ll be easier for the company receptionists to check the membership details of members. With the help of the new system, sports coach at the given organization can access the equipment availability from his computer at any time. Having a networked system allows the company to have faster updating of data to all computers simultaneously.

When it comes to administer the web system , one must consider having a clear understanding of the environment of web network (Silve Steve 2008, p.7).
Many people believe that a network system is always a web system which is not true and it is possible for a network to exist within an organization without having connectivity to internet. Internet work systems are also feasible in cases of different organizations where the network combines a number of different networks.

This is a ppt of computer networks

The network management system or NMS can be defined as the evaluation tool which is result of the amalgamation of the hardware and software entities.  is a system monitoring tool that is developed by the combination of both hardware and software components. The Network monitoring systems allows the IT department of a company control facility for the whole network architecture. The NMS system monitors all the components and activities on the network. In a fashion, a network management system controls the behaviour of network attributes. For the mentioned organization’s network system, The NMS will provide complete control over the network to the IT administrators. Before establishing a network management system, it is essential to define the parameters and attributes of the network. In addition to these aspects of network, NMS also controls the flow of data, user account privileges and defining access control to the network.

The network components for a network system includes various hardware devices such as computer systems, routers, modem, LAN cables, switches and hubs. For the network configuration of the given organization, there will be a database where all the data is stored for later retrieval or just for keeping secure. Additional components of the network include computer systems of every employee, A Wi-Fi router to allow all the employees the ability to connect their computer systems with network. In absence of a Wi-Fi router, the network is likely to be functioning through LAN cable connections. The accounts related data of the company must be kept secure therefore, there should be a security certification.
Internet Information Services or IIS are Microsoft’s official solutions for security in a network. This security package is only available for the systems running on Microsoft’s Windows NT operating systems. The Windows II services are quite flexible and versatile as these services can be installed for different kinds of network protocols such as HTTP, HTTP, FTP, SMUT, and PUNT.

With reference to a network system running on the SNTP protocol, the Internet Information Service offers following advantages for the security in the network:

Performance aspects of the network:

STP Sports network diagram can be represented in the below-given manner:

IIS, also known as Internet Information Services are kinds of web systems that utilize Windows NT.  These are quite extensive to network protocols such as NNTP, SMTP, FTP, FTP, HTTPS, and HTTP.

According to Apache HTTP system, the following characteristics of IIS have been provided:

With the creation of a web system, it is necessary to put it into test taking into account the real life scenario. A number of tests need to be put into effect for evaluating the application and effectiveness of the web system. They are:

There are two layers present in the STP Sports Club when it comes the turn for network system. Out of these two, the first is stated as Ms Security Access which is likely to monitor the authenticated information of the user as he/she tries to fill in the details for logging in. After, the second layer comes into play which checks the kind of user account.

For example- a user fills up the details to login in the web system which would require both, username and passwords. Firstly, the  MS Security Access matches the filled up credentials with the ones stored in the database and verifies the validity. Now, as he is allowed to enter in the system, the testing process is already being done with by IIS services. This checks the privileges that the user is entitled to and assigns the entitled rights to the user.

Establishing a network for an organization requires a good deal of efforts and time. The overall process of developing a networking system is complex and consists of various designing phases. Once the network is developed, it is essential for the IT department of the company to regularly monitor the network for malware, malfunctioning and faults. Any future modifications in the network or maintenance of it requires having throughout knowledge of the network design and components used. This is the main purpose of developing a detail documentation of the network establishment. The documentation provides information about the network configuration and components for future purposes of maintenance and upgrading at STP Sports.