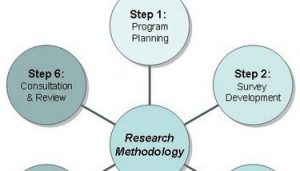 However, Saunders et al. (2011) note that the secondary sources have limitations. In some situations, it is difficult to get appropriate data regarding a particular topic. Secondly, secondary data may not be adequate thus making it difficult to attain research objectives. Thirdly, the secondary data may be outdated and this may jeopardise the research findings. On the other hand, the primary data refers to first-hand information collected from the field (Myers, 2013). The primary data can either be qualitative or quantitative based on the research methodology. The primary data can be collected using methods such as interviews, questionnaires and observation (Bryman & Bell, 2015). Based on the requirements of this study, the researcher adopted the use of the online questionnaire that is a primary source of data. The online questionnaire method was selected because the researcher wanted to collect data from a large sample of customers to investigate the impact of window displays, income level and credit card offers on the level of impulse buying in the Chinese retail industry. The interviews and observation were not used because the researcher wanted to collect quantitative data that was to be converted into a numerical form to make it easier for statistical calculations. There are three key benefits the researcher obtained from the use of an online questionnaire. Firstly, the online questionnaires are flexible and can be adjusted when the need arises. Secondly, it is easier to reach a broad audience within the shortest time possible. Thirdly, the closed-ended questions used allows standardisation of data which made it easier to analyse the data statistically. Therefore, the online survey questionnaire was the most appropriate in this study as compared to other methods of data collection.

The researcher targeted 500 customers who frequented the top five busiest shopping malls in Beijing City. The top five retail shops in Beijing where customers frequent includes the Oriental Plaza Malls, the Shin Kong Place Malls, the Beijing Yintai Center, Solana Beijing Shopping Mall and the Place Retail Center. The Oriental Plaza Malls are the largest commercial retail malls in Asia, located in the heart of Beijing. The Malls at Oriental receive many customers a day. The Shin Kong Retail Place is another biggest shopping mall in China that attracts many customers to a day due to its modern set up and displays. The Beijing Yintai Center is the third largest shopping mall in China as well with a large following of customers. Similarly, the Solana and Place shopping malls are also designed to attract customers. The researcher selected the mentioned retail centres to represent impulse buying in the retail industry in China. The customer respondents were randomly selected based on the retail mall they frequented. Therefore, the researcher categorised customers according to the five retail malls to strike a balance in investigating how window displays, income level and credit card offers influence the level of impulse buying in the Chinese retail industry. Since it was not possible to strike the required balance through hand-delivery of the designed questionnaires, the researcher adopted the online survey. Customers were asked to indicate the mall they frequently go for shopping before answering the impulse questions. Therefore, the researcher was able to categories responses regarding the mentioned malls to avoid biased responses.

Data analysis is a systematic application of statistical tools or other logical techniques to analyse the collected data to draw conclusions (Bryman & Bell, 2015). The process of data analysis entails condensing, recapping and evaluating data to draw meaningful conclusions. Bryman & Bell (2015) argue that the type of analysis used depends on the research requirements, type of philosophy adopted and the methods used to collect data. Further, Punch (2013) postulates that three critical considerations must be made to ensure the credibility of the research findings after data analysis. Firstly, the researcher must have the required skills to analyse the data. Having appropriate skills on the method used will make it easier for the researcher to analyse the data. The researcher also must be able to choose appropriate methods of data collection to make it easy to analyse data. Thirdly, the researcher must follow the research acceptable norms. As noted earlier, the method used to analyse data depends on the research requirements. Based on this research, this study aimed at investigating how window displays, income level and the credit card offers influence the level of impulse buying in Chinese retail industry. The data was collected using online survey questionnaires and the responses were ranked on an ordinal scale and the scores were recorded on a five Likert-scale. Therefore, based on the requirements this study, the researcher adopted descriptive statistics. The mean was used as a measure of dispersion. As noted by Creswell (2013), descriptive statistics provides information in a more meaningful way. Additionally, the researcher of this study was well conversant with the usage of statistical software (SPSS) which ensured the reliability of the Research Findings.

The chapter provided a detailed methodology adopted by the researcher in achieving the objectives of this research. The three research hypotheses were formulated from an extensive review of the current literature. The formulation of the hypotheses was critical because they provided clarity, focus and direction for the study. Similarly, the three research questions were formulated from the current literature to help the research focus on the main objectives of the research. The research philosophy adopted by the researcher was positivism since this was quantitative research. Since the study’s data were to be analysed quantitatively, the research employed deductive reasoning. The research aimed at investigating how the window displays, income level and the credit card offers in the Chinese retail industry. To achieve this, the researcher adopted the survey strategy to collect data from a large sample to ensure that the research findings are reliable. Similarly, the researcher adopted the descriptive research design as opposed to exploratory and case studies since the data was to be analysed using statistical calculations. The primary data was utilised to achieve the core aims of this study. The online questionnaire was used to collect the raw data that was analysed to draw the research findings. The respondents were randomly selected from the top five retail stores in China. The respondents’ answers were analysed using descriptive statistics to draw the research findings.