This is a solution of Methodology Assignment part 2 in which we discuss this study aimed at investigating how window displays, income level and credit card offers influence the level of impulse buying in the Chinese retail market. 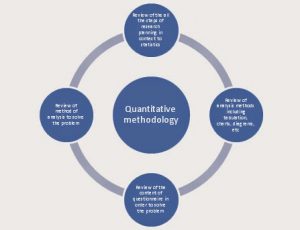 The research philosophy is chosen based on the research motives (Punch, 2013). Based on this research, the researcher aimed at investigating the influence of window displays, income level and credit card offers on the level of impulse buying in the Chinese retail industry. The observable variables that were objectively measured by the researcher included window displays, credit card offers and the level of income. The observable facts were measured using the ordinal numbers that were scored on the five Likert scale. The scores were analysed descriptively using the SPSS software in which the measure of dispersion (mean) was used. The researcher similarly used a large sample of customers from the Chinese retail industry to ensure that the results obtained were free from bias. Additionally, research findings in this  case study were purely tested empirically. Based on the requirements of this research, the researcher adopted the positivist philosophy.