This is a solution of Methodology Assignment part 1 in which we discuss this study aimed at investigating how window displays, income level and credit card offers influence the level of impulse buying in the Chinese retail market.

As postulated by Coleman & Ringrose (2013), it is essential for the researcher to select an appropriate methodology when conducting research to ensure validity and reliability of the research findings. Further, Coleman & Ringrose (2013), argue that the appropriateness of the selected methodology greatly depends on the research topic and its main objectives. This study aimed at investigating how window displays, income level and credit card offers influence the level of impulse buying in the Chinese retail market. This chapter, therefore, presents a detailed methodology selected by the researcher in achieving the research objectives. The first section provides the introduction and the structure of this chapter. The formulation of the research hypotheses is discussed in the second section. The research questions are also formulated in the third section. Similarly, other sections provide detailed information concerning the selected philosophy, research approach, research strategy, research design and methods of data collection. The chapter as well presents the method of data analysis used. The last section provides a comprehensive summary of the entire chapter. 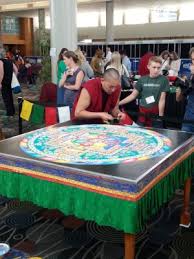 The Formulation of Research Hypotheses

According to Bozeman & Melkers (2013), understanding the research philosophies and approaches is critical in helping the researcher to determine the methods of data collection and analysis. Further, as indicated by Creswell (2013), a research paradigm has three characteristics namely ontology, epistemology and axiology. In ontology, researchers see nature from the reality point of view taking into considerations the assumptions explaining how the world works. On the other hand, in epistemology, a researcher views what entails the acceptable knowledge based on his understanding of nature (Creswell, 2013). A researcher in this category also studies the relationship between what he already knows and the assumptions constituting the acceptable knowledge (Creswell, 2013). The research onion in Figure 2 provides a comprehensive overview on how the understanding of various philosophical approaches guides the researcher in selecting the appropriate methods of collecting data and analysis.