Marketing Principles Distinction  prepare a SWOT analysis of the organisation and explain the significance of using the SWOT analysis as a marketing tool.

In order to understand the position in the market of Starbucks or any organisation a SWOT analysis is fundamental in order to know the actual position, the weaknesses and the improvements it requires, the threat of it and also the opportunities it might have.

One of the Strengths Starbucks has is strong market position on the global market. It maintains a 37 percent of sales growth in the United Kingdom in 2013 and it operates in more than 60 countries. Also it has been recognized as being one of the leading brands in the coffeehouse sector with a rating of 91st in the best global brands in 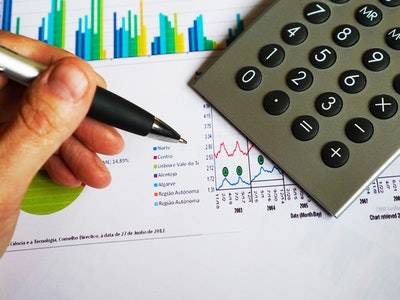 the year 2013. The high quality production of the products and services avoids standardization of the quality.

Weakness in case of Starbucks:

Starbucks meets some strong threats such as- rising prices as a result of dependency on the coffee beans as this factor cannot be controlled by the Company or estimated. In the field of coffeehouses the competition is extremely tough and Starbucks finds great competition made by the local coffeehouses or from the specialized coffeehouses chains. A lower price can cause Starbucks to lose considerable amount of market share in the competitive market and also meets great competition. The illegal use of the trademark makes Starbucks pay costly law suits and it requires greater time period. The time and the finances used on the law suits could be used in marketing and in the expansion of the brand. The market of coffee houses in the developed countries is almost saturated and as a result it would be difficult to infiltrate in a developed market. A greater treat for Starbucks would be the supply disruptions as a result of

More specifically the exchange rate and the relationship between countries could cause greater loss.

Marketing Objectives: The marketing principles of Starbucks could be identified in the company’s statement of the mission such as “Establish Starbucks as the premier purveyor of the finest coffee in the world while maintaining our uncompromising principles while we grow”.The marketing campaign Starbucks have clearly has been a success as a result of the great expansion in the world and the profits that the company manages to get. The main marketing objectives are the provision of an excellent working environment while treating others with great respect, the inclusion of diversity in the company as a result of the implications in a few countries globally.

By defining the objectives of an organisation makes it easier while developing the market strategy as it has recognized what to emphasize on. Also by having a better and well established strategy, it is easier to prevent any waste in regards to any spontaneous situations. A clear strategy and organisation on a corporation is also seen by the customers who are vital for any retailer, therefore customer satisfaction. Furthermore in this manner the desired quality will be always in first line for the company, the customer service will be kept as high standards by analyzing the customers experience at the stores.

In regards to the micro environmental factors that are influencing the marketing decisions in the corporation, the following factors would be discussed: the suppliers, the competition and the customers.

The customers are the micro environmental factors which could be argued as being the most important element. Without the customers Starbucks would not exist so keeping them happy and building trust should be one of the main objectives and market strategies.

Language barrier and behaviours of customers:

Buyer behaviours needs to be considered in the marketing logistics as different countries would have different behaviours in regards to the customer’s needs and expectations. The main marketing activity which needs to be considered is the native language of the consumers and it would be vital in a multicultural environment to have employee with an extensive knowledge of at least more than one language.

3.1 – Start by explaining how products in Starbucks are being developed in order to ensure the sustainability of competitive advantage. You should focus here on the differences in products between Starbucks and different coffee shop.

The New product development involves the product design and the extensive market analysis. It has been argued that since creating the Blueocean or bringing quality Starbucks managed to uphold the competitive advantage. The consumer-oriented culture and the great innovation in regards to the new products (new drinks, new muffins, new cakes and flavours which added to a 87.000 possible combinations made the customers feel relaxed, comfortable and the places itself have become a renowned places for spending some quality time.

3.2 – Next is to explain the various distribution strategies implemented by Starbucks. Think about customers’ convenience and satisfaction in relation to distribution channel that has been used.

3.3 – In the next part you have to analyze pricing strategies, used by Starbucks. Provide an explanation how prices are set in relation to company’s objectives and market conditions (competition, current economic situation etc.)

Pricing strategy according to quality and services

3.5 – Finally at the end of this task you were asked to provide short analysis of additional elements of the extended marketing mix based on the examples of Starbucks.

Marketing mix with help of vouchers and loyalty cards

4.1 To begin with you are asked to plan and prepare marketing mix for two different segments of market in Starbucks. Use here an example of one existing segment and propose the second, new one. Design for both segments marketing mix plan (4P)

4.2 Your task is to also illustrate differences in marketing products and services to business rather than consumers. Next to Starbucks use here an example of another organisation.

4.3 Finally your report will end with the evaluation how and why international marketing differs from domestic one – use here at least two examples of marketing strategies Starbucks used to market to market their products internationally.