Focusing on two articles – “Implementing beyond budgeting: Unlocking the performance potential” by Bjarte Bogsnes and “Traditional Budgeting Versus Beyond Budgeting: A Literature Review” by Cardoş Ildikó Réka, Pete Ştefan and Cardoş Vasile Daniel, this study has pointed out that one of the important component of each business is budgeting. Budgeting approaches have numerous sides that are both negative and positive aspects. There are mainly two types of budgeting approach, which are traditional approach of budgeting and contemporary approach of budgeting.

Proper planning is the key to be more successful in a business. The management department can recognize and comprehend the real requirements of a business during developing plans. As a result, this helps the management to develop improved strategies, for business puposes (Popesko & Socova, 2016). The procedure required to develop plans in terms of numbers is called “budgeting”. The most important component of a business is budgeting as the successfulness of a business relies extremely on the efficiency of the plan developed by the management. In the present scenario, developing successful budgets is being focused on by the organisations as a result of highly competitive external environment that directly influences the business.

The focus relating to this study will be on budgeting. The significance of budgeting will also be recognized in this study considering the existing organisational environment by focusing on two journal articles – “Implementing beyond budgeting: Unlocking the performance potential” by Bjarte Bogsnes and “Traditional Budgeting Versus Beyond Budgeting: A Literature Review” by Cardoş Ildikó Réka, Pete Ştefan and Cardoş Vasile Daniel. Budgeting is the main subject of discussion in both the articles. 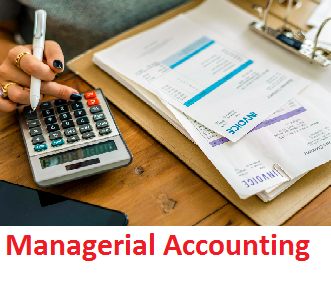 As identified in the introduction, budgeting is the selected subject of managerial accounting for this report, since it is an significance part of any business. As mentioned above, each business requires to develop a financial plan known as budgeting that helps to guarantee the long-term existence of the business. Managing the earnings and expenditure of a business in a systematic way can also be the definition of budgeting. The most significant component of a business is budgeting since it provides support in properly allocating the organisational resources.

Budgeting is not only a tool used for planning, but it can be regarded as a tool efficient enough to control business activities. (Gitman et al., 2015) Companies can analyse their existing capacities while developing budgets in order to compete in the open market. This helps the organisations to be aware of the existing financial as well as non-financial status of the business. The organizations follow budgeting in order to raise the standard of control system of the business management. It can also be mentioned at the same time, that the method of communicating the scenarios of business to the individuals who are connected with the business, is through budgets.

The next focus is on budgeting with the concentration on the efficiency of traditional approach of budgeting in the context to contemporary organisations (Elias& Etim, 2017). According to the authors of the article, traditional procedure of budgeting is still prevalent in an extensive range of organisations all over the world. A business can be managed in an improved manner by planning properly and controlling the business activities effectively with the help of the traditional budgeting methods, which are considered to be the basic management method. According to the journals and articles, budgeting is an extremely vital activity that is to be carried out by each business organisation for improved planning and better management of the finance related activities. Simultaneously, it can also be said that there are many loopholes present in the traditional technique or approach of budgeting.

Thus, from all the points included in the discussion made in this study, it can be said that budgeting is a part of each business at present that cannot be separated. It is important to consider in this context, that budgets are prepared individually in the territory an organization for organizational activities that are different. For instance, a separate budget called purchase budget is made for purchases. Likewise, a sales budget is prepared separately while planning the volume of sales and the value of sales within the business.

Thus, it can be said that to develop a master budget, accurate budgets of every department is required. Budgets can also be classified based on the type of the approach of budgeting. There are various types of budgeting approaches, which are accessible in the market. These approaches can be useful while developing proficient budgets. For instance, there are budgeting based on activities and budgeting that are zero-based. These two approaches of budgeting are developed while preparing the budgets in a way that is most proficient. These are the contemporary methods of developing budgets.

Explaining the purposes and research questions of the two selected studies

The research questions and purposes of – Implementing beyond budgeting: Unlocking the performance potential –

This study has chiefly focused on the contemporary budgeting approach, which can be termed as beyond budgeting. The contemporary system of budgeting has improved the range of budgeting in the existing complicated age of business (Bogsnes, 2016). Nevertheless, the major purpose of this article was evaluating and analysing whether the approach or technique called beyond budgeting in context of the existing organisations is sufficient, or the companies require adopting improved approaches to develop effective business budgeting. The chief questions of the article are mentioned below:

The questions in the article evidently pointed out that the author has tried analysing budgeting from a perspective, which was impartial (Bogsnes, 2016).

The research questions and purposes of – Traditional Budgeting Versus Beyond Budgeting: A Literature Review

The chief purpose of this article was analysing whether the traditional approach of budgeting is still efficient in the contemporary business (Réka, Ştefan, & Daniel, 2014). For accomplishing this specific purpose, the authors have come up with a few research questions, which are listed below:

On comparing and reviewing critically both the above mentioned articles with one another, it can be said that some similarities can be found in both. The similarities are as follows:

Similarities found between the two articles:

In the traditional approach of budgeting, there are some parts, which create barricades at the time of developing a proficient budget in context to the existing organisation.

With the chief content of the two articles mentioned above in consideration, it can be understood that to operate a business successful, development a proficient budget is extremely vital for an organisation. Other than this prime knowledge, there are a number of other points that have been considered from the content of both the articles. These considerations are as follows:

Knowledge acquired from the article – Implementing beyond budgeting: Unlocking the performance potential

Cokins, G., & Dybvig, A. (2018). NEXT GENERATION BUDGETING: If you want more accurate results from your budgeting process, it may be time to switch from traditional budgeting to operational budgeting. Strategic Finance, 99(10), 38-46.