This is a solution of Management Summary Assignment in which we discuss this study an examination of immigrant employees’ experiences of burnout is described. 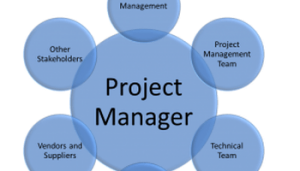 This study aims to facilitate awareness for organizations about employee well-being, especially immigrant employees. In this study an examination of immigrant employees’ experiences of burnout is described. In this study, the well-being of immigrant employees is measured based on the number of burnouts. According to letter of the Minister of Health (2014), it appearsthat immigrants in the Netherlands experience higher symptoms of burnout than the dominant Dutch.Based on the literature review and data gathered at the Albert Heijn in Amsterdam and in Driebergen-Rijsenburg, this study revealed immigrants indeed suffer more often from symptoms of burnouts compared to dominant Dutch. However, the data does not fully support the findings of the letter of Minister of Health and the Centraal Bureau voor de Statistiek (CBS), which states that first generation immigrants experience more burnout than the dominant Dutch.However, data of the Albert Heijn showed second generation immigrants are dealing more often with symptoms of burnouts than the dominant Dutch.To counter the symptoms of burnouts and improve the well-being of immigrant employees, organizations need to embrace cultural diversity and enhance the psychological contract by creating a relationship with their employees. Additionally, managers need to make personal and professional problems discussable on the workplace. If burnouts happen frequently on the work floor the organization needs to reconsider the work design and perhaps give more attention to the workload.

Due to scarcity in supply of the labour market in the late 1950’s, the Netherlands started searching for immigrant workers. These immigrant workers originally came from Spain, Portugal, Italy, Yugoslavia, Morocco, Tunisia, Algeria and Turkey and were often people with minimal education. Initially, these immigrant workers were meant to stay temporarily in the Netherlands. However, a large group of these workers, especially Turks and Moroccans, stayed in the Netherlands permanently and brought over their families over time. Due to scarcity in labour supply in the late 1990’s, a shift occurred from low educated immigrant workers to middle to highly educated immigrant workers, whose backgrounds are American and Japanese (Nicolaas & Sprangers, 2000).Relatively speaking, immigrants experience more often burnouts compared with the dominant Dutch. This especially applies to first generation immigrants (Appendix figure 1, Minister of Health, 2014). For organizations it is important to give attention to the well-being of the employee as burnouts can be problematic because it brings along health costs and long-term absence.

My motivation for this research has been influenced by my own background. My parents are first generation immigrants and originally come from Hong Kong. Whenever I have a conversation with one of them, or with other first generation immigrants, I notice similarities and differences between them, being the first generation and myself, because I am a second generation immigrant. Similarities between first generation immigrants are reflected in the language barriers, as many barely speak Dutch, and consequently encounter problems with finding a job. Additionally, I noticed differences regarding the workforce’s cultural composition. In the past, Chinese people only worked with Chinese people in Chinese restaurants and barely interacted with Dutch people. The tasks they had to execute were often very labour intensive. Nowadays, it is more like a melting pot. For example, I work at the Albert Heijn in Amsterdam as ‘teamleider’ and what I can observe is that my team has many different nationalities, such as Morrocan, Turkish, Filipino and Chinese.

The purpose of this study is to facilitate awareness for organizations about employee well-being, especially immigrant employees. In today’s society, cultural diversity cannot be ignored and it can be challenging for a manager to deal with a diverse workforce. In the past, managers were mainly concerned with a homogeneous group, overall consisting of male employees with one nationality. Nowadays, managers are dealing with many other aspects, such as gender, cultural backgrounds and education. In this study three HR practices are explained: Equal Employment Opportunity, Diversity Workforce and Employee Relations. The unit of analysis in this study is Albert Heijn. Since diversity has become such a vital and significant element in the daily life of any manager, what are the best ways to deal with the phenomenon?
Therefore in this study, the following research question has been formulated:

To what extent does educational level play a role in the employee well-being?

The structure of the thesis is as follows: In chapter two the theoretical frameworks are explained. These are the Cox and Blake’s Multicultural model and the Psychological Contract. In chapter three an overview of the field of Human Resource Management will be given and the Human Resource practices are described. Additionally, a definition of burnout will be given and the developments of cultural diversity and education in the Netherlands are described. In chapter four, Albert Heijn will be used to compare the literature with the data. In the last section, a recommendation will be given to the manager how to deal with diversity based on the results of the theoretical findings to improve employee well-being.