This is a solution of Literature Review Assignment part 3 in which we discuss the impulse buying behaviour can have both short-term and long-term consequences. 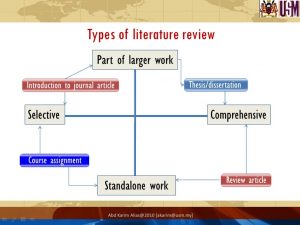 According to Mehta & Chugan (2012), the level of impulse buying is tremendously increasing in the retail industry. As expounded by Park & Forney (2011), window displaying is among the principal stimulators of impulse buying in the retail industry. Window displays as explained by Pereira et al., (2010) entails the effective presentation of products in large shop windows to capture the attention of the passing consumers. The window displays, therefore, is the exterior visual merchandising that attracts customers to interior stores (Khandai, Agrawal &Gulla, 2012). The window displays have four key atmospheric dimensions that draw the attention of the customers, which include visual, aural, smell and tactile. In the year 2012, Mehta and Chugan did a researched to investigate the effects of visual merchandising on customer impulsive buying behaviour in India. The case study utilised a sample of 184 customers who regularly visit the Indian retail stores. The study analysed the respondent’s responses using SPSS software and the mean as a measure of dispersion.

Park & Forney (2011)’s assertions were supported by Karbasivar&Yarahmadi (2011) who argue that economists predict consumer buying choices based on their level of income. Karbasivar&Yarahmadi (2011) further conducted research to study the factors affecting buyer behaviour. The income level was used as one of the key demographic factors influencing the consumer buying behaviour. The other factors that were under investigation included age and gender. The study utilised multiple linear regression analysis to analyse the data collected from 140 respondents. The research outcome established that the income level and the education level were key determinants of the buyer behaviour. However, as evidenced by the current empirical studies, there is little effort to investigate the influence of the level of income on the impulse buying in the retail industry. As noted earlier, the social class is determined by the level of income. Earlier studies indicated that the social status of an individual can trigger him to engage in impulse buying (Kalla& Arora, 2011). The desire to look better in front of others encourages people to engage in impulsive buying. The upper social classes tend to have higher levels of income compared to middle and lower classes. However, this dissertation aimed at filling the existing gap by studying the influence of income level on impulse buying in the Chinese retail industry. The study will provide critical information that will help consumers monitor their level of their impulse buying in the retail industry.