This is a solution of Literature Review Assignment part 2 in which we discuss the impulse buying behaviour can have both short-term and long-term consequences. 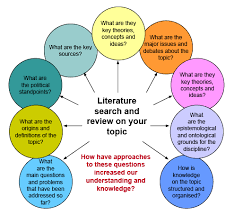 The Generic Theory of Buying Behaviour

According to the generic theory of buying behaviour, consumers are guided by the generic model of decision-making process before making a buying decision. Pereira et al. (2010) argue that based on the generic theory of buyer behaviour, before making a purchase, a consumer will conduct research on the available products and their respective prices. Further, as postulated by Podoshen & Andrzejewski (2012), under the generic theory of buyer behaviour, a consumer is initiated to make a purchase by a need of either making replacement or acquiring a new planned item. For instance, a consumer may make a decision to buy a new fridge because the older one is worn out and cannot be repaired. Before making a purchase, the consumer will conduct research on the available fridges in the market and their respective prices (Podoshen & Andrzejewski, 2012). Similarly, the consumer will investigate the product features, durability and other critical aspects related to the product to be bought. After ensuring that the product meets the anticipated expectations, the consumer will proceed to make the purchase.

The Cultural Theory of Buying Behaviour

According to the cultural theory of buying behaviour, the factors that influence buyer behaviour include culture and societal environment, sub-cultures, social classes and the cultural trends. As noted by Sharma, Sivakumaran & Marshall (2010), each consumer belongs to a particular culture with distinct norms, values and beliefs. Further, Wells, Parboteeah&Valacich (2011) argue that a business can only understand the consumer behaviour if it first analyses the culture to which the consumer belongs. For instance, each belongs to a specific family and friends who influence his thinking, preferences and choices. Based on Wells, Parboteeah&Valacich (2011)’s arguments, the cultural attributes have a significant influence on the buying behaviour of an individual. For instance, Xiao & Nicholson (2013) argue that the social class and family status can define the consumption pattern of an individual. Based on the cultural theory of buyer behaviour, Ahmad &Vays (2011) note that a consumer may make purchases distinctively based on family preferences. Similarly, as indicated by Chang, Eckman& Yan (2011), the buying behaviour is closely linked to attitudes and beliefs based on specific cultural set-ups. An individual’s lifestyle is shaped by the shared experiences and values based on sub-cultures. Sub-cultures may entail different ethnic groups, different age groups, religions and gender components that significantly influence the decision to buy. Additionally, Hadjali, Salimi&Ardestani (2012) postulate that the social hierarchy has a significant influence on the purchasing decisions. The different social classes have differing tastes, preferences, lifestyles and interests (Kalla& Arora, 2011).

The social classes may be classified to lower, middle and upper classes. The consumption patterns differ from one social class to the other due to different purchasing power capabilities. Similarly, as explained by Karbasivar&Yarahmadi (2011), the upper social class may distinguish itself from the rest based on the products they buy. Additionally, the culture theory of buying suggests that when making purchasing decisions, the lower and middle classes may focus on product prices, but upper classes may only focus on product attributes (Lai, 2010). The buyer behaviour is also influenced by the social pressure resulting from the cultural trends. The cultural trends are becoming dynamic due to increased technological innovations. The desire to belong to a particular fashion trend as stimulated by the social media has greatly influenced the buyer behaviour. Individuals are either consciously or unconsciously making purchase decisions to below to a particular fashion trend. The pressure to belong to a particular fashion trend may not only affect the buying behaviour but also can trigger impulse buying. Liang (2012) points out that the social media such as Facebook and Tweeter have become social, cultural trends that are exerting pressure on the purchase decisions. However, not much research has been done to investigate the impact of window displays, income level and credit card offers on the level of impulsive buying behaviour in the retail industry.

The Internal Theory of Buying Behaviour

According to the internal theory of buying behaviour, personality traits and social factors such as lifestyle significantly influence the buying behaviour and impulsive buying (Mihić&Kursan, 2010). The internal theory of buyer behaviour categorises social factors influencing buyer behaviour into reference groups, family roles and lifestyle status. Muruganantham&Bhakat (2013) note that the reference groups are more often related to factors such as age, social origin, residence, workplace among other factors. The consumption pattern in a reference group is determined by the lifestyle, mindset and group’s values. Further, Tinne (2011) argues that the points of comparison among the reference group include consumer habits and lifestyle standards. The pressure to match up with the rest of the group members can significantly influence buying decisions. For instance, if the group has a preference for driving high ranking vehicles, an individual within the group will prefer to match the same standard. The internal theory of buyer organization behaviour also identifies another group known as aspiration group (Verhagen& van Dolen, 2011). An individual might want to resemble members of a particular group and this will influence his purchasing behaviour. The desire of belonging to a particular aspiration group may not only influence consumer behaviour but can as well trigger impulse buying. Yu &Bastin (2010) explain that the roles that affect the buying behaviour within a reference group are categorised into initiator, influencer, decision maker and the buyer. The initiator is an individual who initiates or suggests the purchase of products or services. The influencer is an individual whose advice can impact on the purchase decision and in most cases, such an individual might be celeb or role model to the group. The decision makers in the context of the reference group are the consumers or buyers who make purchase decisions on the initiated products.Further, the internal theory of buying behaviour identifies the family as a key influencer of the buying decisions (Abideen&Saleem, 2011).

The perception of brands and buying habits are guided by the family beliefs and lifestyle. For instance, individuals may consider purchasing similar products already possessed by the family members. The social roles and status also influences the buying behaviour of an individual. The social status and roles may be associated with the level of income earned, place of residence and the place of work. To keep up with the standards of a particular social rank, individuals may tend to purchase products fit for their status (Abideen&Saleem, 2011). Similarly, the urge of distinguishing oneself from other social classes can encourage an individual to make impulsive purchases. Therefore, based on the internal theory of buying behaviour, an individual’s buying decisions can be significantly influenced by the cultural trends, societal environment issues, sub-cultures, family and the social status.