This is a solution of Literature Review Assignment part 1 in which we discuss the impulse buying behaviour can have both short-term and long-term consequences. 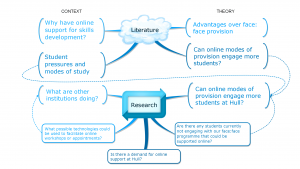 Khandai, Agrawal Gulla (2012) categorise the factors influencing impulse buying behaviour into personality traits factors and environmental stimuli. The Multidimensional Personality Questionnaire (MPQ) developed by Khurram and Seemab (2013) categorises the three-dimensional personality factors that influence impulse buying into the lack of control (impulsivity), stress reaction and absorption. Control is a personality trait that can be used to monitor the impulse activity. However, as noted by Khurram and Seemab (2013), an impulse-driven person acts spontaneously, careless and reckless. Neurones trigger the emotional activities of impulse-driven individuals only get satisfaction after acquiring something of interest (Kinley, Josiam& Lockett, 2010). In the context of the retail environment, lack of control or impulsivity is a significant personality trait that influences impulse buying (Kinley, Josiam& Lockett, 2010).

The second personality trait that influences the impulsive buying behaviour is the stress reaction. Based on the research conducted by Liu &Sutanto (2012), stress reactions represent systematic personal deviations when responding to various situations linked to anxiety, guilt or distress. People suffering from stress tend to make decisions catastrophically without considering the accompanying repercussions. Further, Liu &Sutanto (2012) argue that stressful individuals are very sensitive, nervous and can make any spontaneous decision to provide some form of relief. In the context of the retail environment, people suffering from stress make impulsive purchasing decisions as a way of relief. As noted by Maymand&Ahmedinejad (2011), some prior studies on impulse buying have established that some individuals suffering from stress acknowledged that they gained relief after impulse buying. Additionally, as expounded by Mehta & Chugan (2012), the highly stress-reactive individuals get short-term gratification from impulsive buying. The last personality trait that influences impulsive buying is absorption. The highly absorptive individuals are likely to think unconventionally.

The research conducted by Mehta & Chugan (2013), absorption influences people on how they respond to stimuli and environmental cues linked to purchasing and the consumption of products. Environmental factors related to stimuli that influence the impulse buying behaviour include the store environment, window displays and the visual merchandising. As argued by Mehta & Chugan (2012), the impulse buying behaviour is created by stimuli. Therefore, the store set-up can influence consumers’ response when making purchasing decisions. The store settings have also undergone tremendous changes to match consumer choices, taste, preference and purchasing patterns. The window displays as explained by Muruganantham&Bhakat (2013), have both charm and charisma to influencing consumer choices. The visual merchandising (VM) is another environmental factor that influences consumer buying behaviour (Park & Forney, 2011). VM entails the arrangement of retail products in a way that clutches consumers’ attention, thus influencing the buying behaviour. However, the existing studies have not explicitly explored the impact of window displays, income level and credit card offers on the level of impulsive buying in the retail industry. The current research findings provide inconclusive and inadequate findings regarding how window displays, income level and credit offers influence the level of impulse buying. Most studies have put more emphasis on the impact of impulse buying on both the businesses and consumers. This research, however, will fill this gap by exploring conclusively how the window displays, income level and credit card offers influence the level of impulse buying in the Chinese retail industry.