This is a solution of Literature Research Assignment part 3 in  which we discuss  the concept of the somatotroph adenoma that it formed in the DNA of human body. 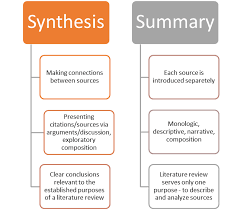 Somatotroph adenoma has impact on the natural activity of that human being. It has been also found that somatotroph adenomas has 11 not only found in human body it has also reflected the other mammals and animals in the nature. Somatotroph has highly put impact on the pituitary gland, and other organs in the human resource that case various other serious issue in the body, which are discussed in the above section. Clinical Differences between sparsely and densely granulated somatotroph adenomas Adenomas of the pituitary gland are associate with the formation of the benign tumours that occurs to about 15% of people.  The subtypes of the somatotroph adenomas are differentiated based on the granular structure of the subtypes. In the viewpoint of Li (2006, p.8801), as the granules are not present in concentrated form it gives rise to the bangin tumours, which is the common type. However, as the changes take place at the molecular level, it is observed that the benign tumours converts into malignant tumours. As commented by Martínez­Fuentes et al. (1998, p.5120), malignant tumors are formed by the densely situated cancerous cells that underwent mutation in the pituitary gland. It is seen that mutation in the gsp (G stimulatory proteins) have linkage with the somatotroph adenomas of the two subtypes.

However, with the feature of being a rare disease, generally affects 90% of people with the pituitary somatotroph adenoma. The formation of acromegaly is characterized by the excess secretion of the growth hormone (GH). Acromegaly is generally caused by the somatotroph adenomas that are differentiated into densely and sparsely adenomas. As put forward by Parent and Devreotes (2010, p.18330), densely granulated somatotroph adenomas are characterised by the abundantly situated secretory granules that are of different sizes. The size ranges of medium to large that are closely packed in the adenomatous cell. The immature granules are formed by the Golgi apparatus that are present in the normal functioning state. On the other hand, sparsely adenoma has the feature of containing the granules developed by the Golgi apparatus that are present in the scarcely state of distribution. From the viewpoint of Shimon (2001, p.175), in the sparsely adenomas the granules are not large as compared to the densely adenomas and they comprises of the fibrous bodies. In terms of the fibrous body, cytokeratin (CK) is present in the filaments that are formed within the intracytoplasmic globules in the aggregated state. Cytokeratin has other roles of hampering the normal function of the cell. It is noted that CK has the trait of expressing immunostaining pattern that gives rise to the malignant cells in the epithelial tissues. In context of the densely somatotroph adenomas at the molecular level they have high affection for Growth Hormone (GH) in respect of the immunostaining.

In addition, the densely situated adenomas have been evaluated to display the characteristic of immunoreactivity for the alpha ­subunit of glycoprotein hormones or the prolactin. As proposed by Pratheesh et al. (2012, p.420), in case of sparsely adenomas they are seen as dots that represents the cytokeratin in the immunohistochemistry. On the contradictory, Monsalves et al. (2013, p.1241)referred to the perinuclear pattern of staining of the cytokeratin under the immunohistochemistry. On the basis of treatment, these two subtypes have gained differences of responding to either somatostatin analogue or the macroadenomas treatments. Therefore, it is seen that sparsely situated cytokines of the somatotroph adenomas represents the response towards the macroadenoma and densely adenomatous responded to the somatostatin
analogue. In terms of gene expression, malignancy is characterised by the undifferentiated growth of the cells through proliferation. Mutation in the genes that planning and control the undifferentiated growth influences the occurrence of malignant cells. In the densely adenomas condition highlighting the malignant cells there is uncontrolled growth of the growth hormone producing cells. This triggers the release of excess growth hormone. As per the viewpoint of Martinez ­Fuentes (2011, p.5124), there has been a connection between the adenomas that secrete Growth hormone in excess and are little pleomorphic in nature referred to the densely state of adenomas. It is noted that densely adenomas are acidophilic in nature and slightly angular. They represent moderate level of chromatin with medium sized nucleoli. In this subtype, there is hardly mitosis and the presence of rough endoplasmic reticulum, which is not developed in proper manner and the spherical Golgi apparatus are observed Shimon (1998, p.2217). In comparison to the sparsely adenomas, it is observed that densely somatotroph adenomas possess the feature of cell growth in the slow rate.

In addition, densely adenomas are expressed through the tumours being well­ demarcated. As commented by Levy, A. and Lightman (2003, p.120), invasion rate of
the densely adenomas is comparatively very low. As criticised by Ji et al. (2015, p.421), in sparsely somatotroph adenomas the diffusion is in increased state as compared to the densely state of the adenomas. This is justified by the fact that sparsely adenomas are medium sized that are not of small molecular weight therefore, allowing the high diffusion rates. In addition to this, it is noted that in sparsely adenomas the characteristics feature of the tumor is acidophilic with lesser affinity as compared to the stronger affinity of densely adenomas. Based on the proposed statement of Lania (1998, p.1628), it can be said that sparsely adenomas represent the nature of being chromatin rich and possessing pleomorphic nuclei. This subtype in comparison to the densely situated granules of the adenomas has the cytoplasm exhibiting the trait of stronger expression of keratin and presence of paranuclear spherical zones with transparency. There exist some specific clinical differences between the sparsely and densely populated somatotrophic adenomas. In a clinical perspective, a lot of instances of clinically silent somatotroph adenomas are witnessed nowadays. According to Fougner et al. (2012, pp.96), silent somatotroph adenomas are mainly classified as sparsely granulated. The fundamental issue with this type of disease is that, it can not be recognized immediately, hence named as silent. On the contrary, the densely granulated adenomas can be recognized more quickly, when compared to the sparsely granulated ones, and this can be deemed as a major clinical difference between the sparsely and densely granulated somatotroph adenomas.