Discuss the limits within which an exclusion clause operates in a contract with specific reference to the case scenario below.

These are the clauses which are mentioned in order to provide a kind of immunity to involved party from certain sets of liabilities. The exclusion clauses are said to be valid only when they are properly incorporated in the given contract with the motive that it should be acknowledged by the involved parties. Secondly it is important these clauses should be in accordance with law. (Legal Services Commission of South Australia, 2011)

With mentioned below methods the liability of contract cab be restricted:

This act provides some restriction over the companies to restrict the immunity from liability arising out of contracts. The basic concentration of this act lies upon the exclusion clauses; nothing is to be concerned with the validity of the contract. The mentioned below facts can help out in defining the exclusion terms: 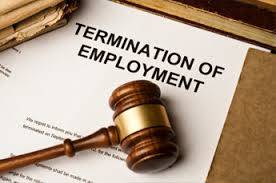 Here in the given situation it is mentioned that exclusion clause was clearly stated in the brochure. This exclusion states that the company has right to modify any of the holiday arrangements.

According to me this exclusion term is valid as it does not contradict with Unfair Contract Terms Act. As the situation created was not under the control of the company and even it cannot be held out as it was an emergency situation. Hence because of that the time of commutation increased as the mode of travelling has to be switched from air to water.

In (Thornton v Shoe Lane Parking Ltd., 1971) the driver took the parking ticket and parks the car. He did not notice the note written over the back of the ticket. Hence accordingly it is not considered as an exclusion clause as only those clauses which are known to the party before buying the tickets will be considered and not others. Hence, it was held that any damage caused to the car makes the parking authority liable for the same.

But no such situation arise in this case study as it was properly noticed by the parties and therefore the company will not be held liable as the exclusion terms provides an immunity to make changes.

Discuss the legal problems involved in the case scenario below, with special reference to:

Following elements are needed for the creation of contract:

Offer is the foremost initial stage for the formation of contract. In simple terms offer can be explained as a proposal made to some person involving some kind of dealing. Further the foremost important thing is acceptance of the proposed offer. This is because there is no value of the offer been made. Therefore acceptance is necessary and acceptance can be made by the other party involved to whom the offer is made. But an acceptance is considered only when the offer made by the party is accepted the same as it was been proposed without any kind of modifications been made.

An agreement cannot be made until the consideration is involved in it. As there should be something determines which can be calculated either in monetary terms or as a right or any kind of benefits or involving interests.

The involved parties should intent to get involved into a kind of legal relationship between each other. This relationship will creates a kind of obligations towards each other to follow the mentioned terms of the contract and if any damages are been caused then leads to compensation of the same.

The qualifications for entering into a contract are that the parties should be above majority age, he should not be declared bankrupt by the court and should not be an insane.

Lastly it is important to judge out whether the formed agreement between the parties is made in accordance to law or not. If any of the legal provisions are breached then it will be declared illegal and no contract is formed. (The Law Handbook, 2013)

The terms of the contract are been decided by the parties involved which are decided by making a brief discussion of them in order to make them known to the parties so that they could conclude out the consequences. These terms are known as express terms.

This is another form of terms involved in contract. These terms are not specifically decided or discussed by the involved parties. Rather they need to be judged out as their implied implication is there. This can be decided by keeping into account the customs, business practices, etc.

The terms which acts as immunity for any involved party in order to make them free from the arising liability in some part is known as exclusion terms. But for the implication of this term it is necessary that it should be known by the involved parties and it should not be made against law.

Conditions are the terms which are treated to be the most important one. If the condition terms are breached somehow then the other party involved resulted into the right to terminate the contract. In such sense it forms the basis of the contract.

Warranty is the terms which are important for the contract but does not form the basis of the contract as over their breach only damages can be claimed.  (e-lawresources.co.uk, n.d.)

These damages are given with the motive to compensate the party to whom the damages are caused because of the breach been made. Two types of damages are there:

These damages involved punishment for the party committing breach. This damage is granted very rarely in contract.

These damages do not include monetary loss by the party. These damages are granted in very rare situation for contract but it is granted as sometimes due to the breach other losses may also occur.

Restitution damages are not said to be the real legal damages, whereas they are considered to be equitable remedy which is given to stop the unjust enrichment of the breaching party. (Legal Match, 2015)

Conduct a review of health and safety in the area for which you have responsibility.

In order to make a protection for the available resources of business, it is necessary that the issues like health and safety should be properly managed at workplace. This can be achieved by:

Management for Health and Safety in your business:

In the business like adventure tourism there should be proper plan for the management of health and safety. This plan may involve different steps so that the avoidance could be made for the injuries and accidents resulting from the same.

As the hazards are determined then the management could be possible with the help of various actions with the intention to make a check over these hazards with the following steps:

Discuss the legal problems involved with special reference to:

Discuss the legal problems involved with special reference to: