This is a solution of Law of Contract Assignment part 2 in which we discuss a brief analysis on the terms of the contracts, their meaning, effect and remedies. 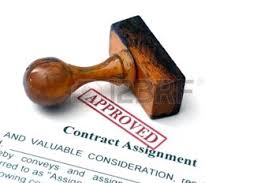 When all contract essentials are present, then various kinds of contract can be made, such as, written, oral, distance selling, online, and others, all such contracts are valid however if the contracts are in written form then it is much easier to prove the terms of written contracts in court because of the presence of documentary proof, which is difficult to prove in verbal contracts. (Outlaw 2016)

When a valid contract is made then various terms are made part of the contract. Terms which are mutually decided by the parties are express and which are imposed by law or custom are implied terms. Express terms can be condition (very essential and can terminate a contract), warranty (not very essential and only remedy can be sought (Poussard v Spiers (1876)), in nominate and exclusion clauses (limit the liability of one party with the consent of another (Bettini v Gye (1876)). (ElawresourceUK 2016)
Normally when the terms are ambiguous then Contra Preferential Rule must be applied according to which the meaning to the words must be construed against the person who has out them in the contract and is held in Bramall & Ogden v Sheffield City Council (1983). This is normally done when the terms are put into contract unilaterally and thus no disadvantage must be caused to the party who was not involved when the term was incorporated. (Shemmings 2016)

Now, an advisement is issued by a store for the sale of bracelet for £100. Thus, as per Partridge v Crittenden (1968) such advertisement is an invitation to treat and not an offer. It is Louise who must make an offer to Ashleigh (manager). Louise makes an offer to pay £70 cash for the purchase of the bracelet. Now, the manager must accept this offer to make a binding contract but he made a counter offer of £80. Thus, this counter offer lapse the first offer made by Louise. Now, the new offer is made by the manager for £80. Instead of accepting the offer, Louise made a new counter offer of £75. This is not approved by the manager and now he again made a counter offer of £80 which is to be open until 10am on Friday the 4th of February. Now, the only offer that stands, is by the manager of £80 which is be open until 10am on Friday the 4th of February. If Louise accepts the same then there is a contract otherwise not.

Louise accepts the same by post on 2nd February (before 4th February). Thus, by applying Adams v Lindsell (1818) as soon as the letter is posted there is a binding contract between the two. The revocation of offer by the manager (since the bracelet was sold by them for £100) was made by a letter. The said revocation is binding on Louise only when such revocation is within his notion. She received the revocation letter on Friday, that is, after the letter of acceptance is dispatched. It makes no difference when the manager receives the letter of acceptance as the acceptance is complete on 2nd itself when the letter was posted.Thus, Louise has full right to claim the bracelet from the store as there is a binding contract. Conclusion to task 1, pros and contras.

When any contract is made then there are several terms that are made part of it. The present ask analyses one such term, that is, exclusion clauses. However, apart from an exclusion clause the task also gave a brief understanding on the importance and effects of various kinds of terms, such as, conditions and warranties, its meaning effect and importance.The major issue that is analysed after understanding the case scenario is Whether Dex & Co (firm) can protect itself against the liability caused to Bertram on the basis of
i.The clause in the contract wherein a clause is a term in a contract;
ii.The notice in the car park wherein notice was a warning that was displayed by the firm.

Whenever, a contract is established by two or more parties, then, they mutually decide the terms and conditions of the contract. These terms can be express or implied in nature. The terms which are either verbally (Bannerman v. White (1861) or in the written assignment form (Duffy & Ors v. Newcastle United Football Co. Ltd. (2000) are mutually decided by the parties are called express terms but the terms which are obligated on the parties to be performed under law, custom service, precedent or usage then such terms are called implied terms (Attorney General of Belize v. Belize Telecom Ltd. (2009). (Weitzenböck 2012)
The express terms can further be classified into conditions and warranties. Those express terms which are the root to any contract and nonperformance of which will make a contract redundant are called conditions (Poussard v Spiers (1876). A breach of condition will permit the plaintiff to terminate the contract and demand compensation from the defaulter. But those terms which are not essential and will not hamper the contract sanctity are warranties and will only allow the plaintiff to seek compensation and will not terminate the contract (Bettini v Gye (1876). (Elawresource UK 2016)