INTELLIGENCE AGENCY ESSAY FOR US : According to Lowenthal, collecting data provides information that is used in making decisions. When collecting data, requirements have 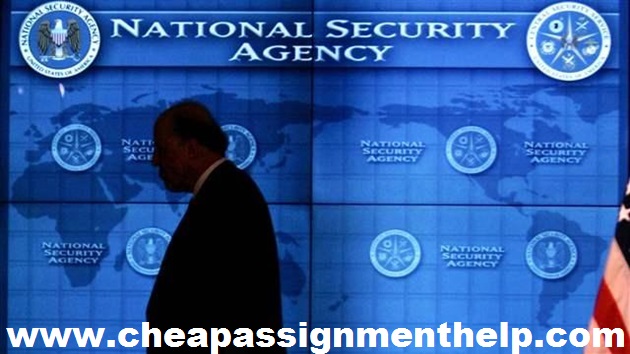 to be identified.  Requirements are those interests which involve some risk or likelihood of a nationalsecurity event and are usually a threat or some issue of vital importance or priority to an administration. Identifying requirements means defining those policy issues or areas to which intelligence is expected to make a contribution, as well as decisions about which of theseissues has priority over the others(Lwenthal, p. Chapter 4). American intelligence agencies currently take their cue from a dynamic (semiannually updated) document called the National Intelligence Priorities Framework (NIPF), and it serves as the DNI’s guidance to the IC on priorities approved by the President (such as which foreign nations to focus upon).  The NIPF guides prioritization over the operation, planning, and programming of U.S. intelligence analysis and collection.  All intelligence requirements for collection are and must be based on and traceable to the NIPF.

One can surmise that perfect collection is not possible.  It is impossible to cover everything; and not every issue requires the same collection resources – and not everything collected is of equal value (Lowenthal 2006).  Collection for homeland security purposes requires all-agency and all-source reporting, even law enforcement reporting of suspicious incidents. These reports should be forwarded and put into some kind of central or master database.  An agency can, of course, sanitize any report it forwards to avoid compromising sensitive sources, and there are various other things that can be done with classified documents.  Sam Adams says that his memorandums to the pentagon were put in a filing cabinet in a manila file name “indefinitely hold”.

In practice, there will be several lists and databases, posing a database integration problem, but the key is getting information into a database quickly. Policymakers should be monitored when making policies. They have the power to accept, reject intelligence, collect/manufacture their own intelligence; therefore, there should be restrained to what they can do because the policies affect every American. In the case of Sam Adams, he tried to make the number of guerilla militia in Vietnam known to the pentagon. The policymakers rejected and ignored his observations. Not only did they not comment on his findings, but also never looked at the memorandums Sam Adams presented to them. The policymakers overlooked the intelligence agency findings and exercised their powers to reject the observations. I addition the army that also undertook a similar investigation with that of Sam Adams was told to keep its numbers below 300,000. This shows that the policymakers made a policy without consulting the intelligence agencies (CIA).

The army and CIA carried out investigations on Vietnam to determine how many guerilla militias and militants the USA was fighting in Vietnam. Intelligence should always be an adjunct to policy and not a policymaker in its own right. Their unwillingness to share intelligence and unwillingness to accept intelligence from other agencies should be regulated because they are not always acting in every citizen’s best interest.  Moreover, intelligence should always strive to remain objective and not be involved in politics.

Intelligence agencies need direction, and one can summarize that sometimes policymakers assume the intelligence community knows their priorities, and sometimes policymakers watch over the intelligence analysis process like a hawk (Immerman 2008).  As Sam Adams observes, the army officials did not accept his numbers. They rejected Sam Adams altogether because he did not have enough or many documentation samples. The army representative only had one document that did not even support his argument but still dismissed Adam’s views about the numbers of militia in Vietnam. The army became territorial and did not want the CIA interfering and were not willing to share their intelligence.

The intelligence agencies overlapped jurisdictions duplicated efforts and competed with each other. This led to the agencies, in Sam Adams case, the army, and the CIA to provide very different results and numbers about the war in Vietnam and Cambodia. The army provided very low estimates to reflect “a light at the end of the tunnel”(Adams). The CIA on the other hand through Sam Adams presented true estimates of the militia in Vietnam and the Khmer Rouge Rebels in Cambodia. The army felt that Sam Adams was going into matters that were in its jurisdictions.

Because of this, he was banned from attending briefings and lectures to CIA agents going to Vietnam. This resulted in radically different estimates/ analyses of the same situation by both agencies. Overlapping of jurisdictions and duplicating efforts in both agencies affected Sam Adams’ efforts to correct the figures and provide genuine numbers.

Sam Adams was many times told or advised to resign from his CIA job by his seniors. Why this happened is because the same people meant to collect information/data were the very same ones analyzing the data and making decisions about it. Many memorandums that Sam Adams provided to his seniors were never meant to be released to the relevant people like John Court. “I received a letter of reprimand for releasing the memo to an outsider”(Adams). Basing on Sam Adams’s article, Lowenthal was right to state that dual responsibilities would cause problems in the agencies. The intelligence agencies ought to have divided the responsibilities so that every agency specialized in a specific area and jurisdiction.

According to my opinion and the accounts of Sam Adams, the most fundamental lesson learned from the conflicts of numbers and order of battle is specialization. The intelligence agencies should have specialized in specific areas of the Vietnam War. The CIA should have provided the militia numbers estimates, the white house should have come up with policies and the army should have implemented the policies, either by adding troops or applying more devastating measures.

On the other hand, the CIA itself should have divided its staff to partake different roles in the investigations and making sure the findings were forwarded to the appropriate people e.g. the White House Staff and the President. We should learn that the conflicts were caused by agencies having dual responsibilities and the policymakers making policies that crippled findings from the intelligence agencies.