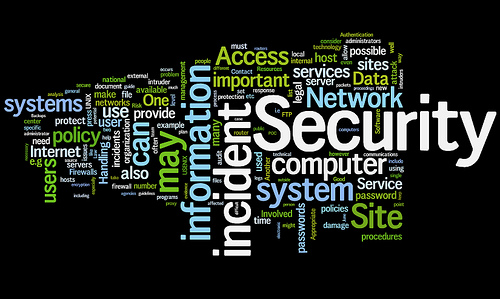 The need for security to the networks has become a key point towards the accelerated growth of internet usage. A secure network can prevent a user from hacking or other miss-usage of network protocol and this network security can only be achieved with the help of firewall. Firewall is that hardware or software which is specially designed to allow or refuse transmission of a network, which is based on certain protocols. However, traditional and conventional firewalls strictly depend on the restrained entry points to the function and restricted topology.

Setting up of firewall

A firewall is set up in order to block all malicious activities, which are performed globally. In order to restrict the usability, the firewalls are set.

Figure 1: Firewalls showing all connections are blocked in my system

A firewall is configured to either allow or block the network connections. The blocking mechanism is documented below.

The firewalls generally come with a basic default setting where it either allows all network connections to let in or refuses the same total. However, these are tested in respective environments such as Linux and Windows in order to see the strength of them.

The main usage of the Firewall

Firewalls are a strong system of network security, which prevents unauthorised access from or to a private network. It can be utilised as both software as well as hardware too or even as a combination of both. In order to prevent unauthorised users to access the private networks (being connected to the internet), these Firewalls are extensively used on a wide margin. All the various types of messages, which are leaving or entering the intranet generally pass through the firewall. The main usage of this Firewall is to determine and examine these messages or information and then block its access if the Firewall finds out any insecure data.

Now coming to the combination of Hardware and Software Firewall, these can be in either form that is in hardware or software. However, it would be a lucrative combination if the firewall consist the both (Border et al. 2017, p.18). These firewalls allow the users to gain remote access through authentic and secure logins and certificates. Moreover, these are found in routers of broadband connection systems and are an important measure of the security of the systems too. Generally, the hardware firewalls have four ports of network connectivity in order to connect other computers, where for a broader and a larger connection, the only solution is to obtain business networking firewall.

Limitations of the Firewall

Firewalls limit the access to the computer and the network.

Security holes of the Firewall

Hackers generally obtain data by the use of remote access, and it is still the best method in the world to gain access to others’ data (Larson et al. 2015, p.24). Since remote access can give a major advantage to a business, however, it can be detrimental too, which can ruin the whole business as it opens a route for the hackers to collect the data if these firewalls are not properly secured.

Virtual Private Network or VPN provides an additional layer of security to the remote access, thereby ensuring that the hackers are unable to access the private network.

If there is any requirement to share the accessibility, then it will be better to share with a limited number of personnel apart from sharing with the others.

Multi-factor authentication helps the user to be on a safer side as the hackers can easily track down the username of the network by a random guess and then start to hunt for the passwords by using Brute Force Mask Attack.

There is always a requirement to update the software in order to prevent any misuse of the data. Hence, it is of that, much importance to use authenticates software so as to get updates periodically (Burch et al. 2018, p.21). If there is a bigger update of any patch file, then the user needs to ensure that the update has affected the technology within thirty days of the release in the patch. It will ensure proper security to the system as well as the computer is also not vulnerable to attack. One more thing to keep in mind is that the user should use unique passwords for their own safety only, rather say that they should not use any dictionary passwords too.

Forensic investigators of Security Metrics had investigated and found that 65% of the breached cases did not have the proper framework of a well-configured firewall. This lack of configuration of the firewalls typically weakens and affects its usage in a negative excessively. Many users or business think that if they can just plug in the firewall in their system, then all are done, but that is a misconception (Voronkov et al. 2017, p.87). In most cases, these firewalls are designed and programmed in such a way that they do allow letting any traffic out or any traffic in the system, thus, the user needs to spend more times in order to judge the network and what type of rules needs to be configured for the traffic. However, there are also weaker firewalls, which generally comes with a default setting by letting most of the traffic out and in. it is also that much important to review the rules of the firewall on a regular basis.

Reviewing the log files of the firewall simplifies keeping a guard on the top of a tower. Thus, it is the work of the guard to view if there is any danger on a priority basis every time. Similarly, if the user does not review the log file, it may lead to harm and may lead to danger. Keeping the firewall without paying attention to its notifications (if something needs to turn off or on) is just a useless.

According to the latest study of PANscan Study, there is a huge number of stored unencrypted data, which is equivalent to 67%, whereas 5% store magnetic stripe information. A few tips, which involve the protection of the card data, which includes the following:

P2PE or Point to Point Encryption of data means proper encryption of the data at the swiping point until and unless the processor receives it (Hamlet et al. 2014, p.27). This validation ensures that there is no data breach.

It is never recommended to store the details of the card by using latest technologies of tokenisation (Yadav, 2015, p.11). Thus, considering a third party to store and handle the information of the card helps to eliminate and reduce the risk of problems pertaining to potential security.

There should be a limitation of users to access these data, as the number increases, the more vulnerability arises which can lead to leakage of data.

This project had dealt with the several properties of firewall which can make a like easier, on the other hand, it can lead a life to misery too. A detailed analysis of setting up and configuring of the firewall had been analysed with its proper testing. After that, its features, usage, limitations, and security holes had also been discussed over here. These security holes can create a deep impact on the system, which may lead the system vulnerable to threats and attacks. However, if these firewalls can be utilised properly, then it helps the users to protect from external threats too.