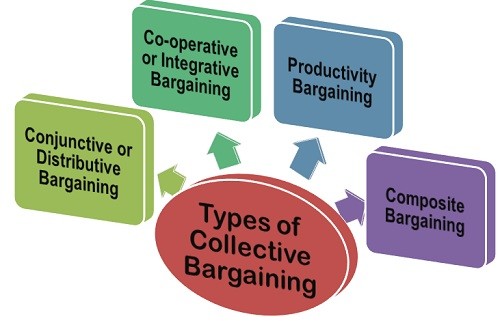 Bhatnagar, 2007, pp.640-663). It is also important to know, that even though employee relations originates from the broad concept of industrial relations, there is a difference between them. For example, regulatory guidelines and other legal frameworks govern the employee bodies such as trade unions; on another hand in case of employee relations it is not necessary that legal option has to be present. These relations between employer and employee might also be affected due to several factors at organisational levels along with external factors such  as a state of economy etc.

Due to increasing prominence of non-industry organisations, terms like employee relations are being used frequently. The purpose of HRM on Employee Relations Assignment is to focus on analyses of the concept related to employee relations by analysing various case studies and real life example of organisations in the United Kingdom.

Task 1: Understand the context of employee relations against a changing background

1.1 Explain the unitary and pluralistic frames of reference

1.2 Assess how changes in trade unionism have affected employee relations

With employees, becoming increasingly aware of their rights, they are pitching for a fair relationship with the organisation due to which relevance of trade unions remains.

1.3 Explain the role of the main players in employee relations

Task 2: Understand the nature of industrial conflict and its resolution

2.1 Explain the procedures an organisation should follow when dealing with different conflict situations

Every organisation faces situations of conflict. However, the way they handle and resolve the conflict segregates the successful organisation from the ordinary one. Similarly, in Sainsbury’s also there are several methods used based on the situation to resolve a conflict.

Hence, the important feature which Sainsbury’s represented in its employee relations was, that it not only effectively communicated its decisions with the proper logic behind it, but it also showed concern about the employees to be laid off by paying them the package of next two months. This strategy of Sainsbury’s helped in minimising the resentment among the employees and ensured that minimum conflict situation was created. It can be said, that Sainsbury’s indirectly negotiated with the employees and their unions in order to convince them about the decision taken by the company.

2.2 Explain the key features of employee relations in a selected conflict situation

Selected conflict situation for this task will be the employee lay off during 2009 by Sainsbury’s in order to trim down its operational expenses. One of the key features of employee relations is effective communication between the parties involved in the conflict. Hence, a role of negotiator becomes important, who should be an effective communicator in order to resolve a situation.
Secondly, in such situation of conflict as faced by Sainsbury’s one important feature of employee relations which was displayed was related to the flexibility of management to listen to the concerns of employees, and to see if their demands can be adjusted or met through some ways. In a conflict situation, one critical key feature is to ensure that the problem is defined. Without defining the problem, the entire process of negotiation might prove to be directionless. In a situation of conflict, it is also important for the negotiation to make both parties express their opinions freely, because in such situations at times total silence of any of the party might be an indication of passive resistance which is not good for the process of negotiation.

2.3 Evaluate the effectiveness of procedures used in a selected conflict situation

Every situation has two sides which are known as good or bad so the same thing applies here in which one side which was good for the employees at Sainsbury and for others not good.

As it can be seen in the above section, that Sainsbury’s used negotiation method of conflict resolution, it clearly indicated its decisions, along with its intent to support the affected employees in various ways. Hence, it will be not wrong to say, that negotiation as a method to resolve conflict is effective when it takes into account points of all the parties involved in the conflict. If the negotiator becomes biassed towards any party the then possibility of failure of negotiation becomes high (Marchington & Parker, 2005).
Considering the fact that negotiation is focused on resolving internal conflicts, hence it is effective to involve a party as the negotiator who is well aware of the internal processes and the overall structure of the organisation. Also, negotiation is effective because it not involves formality or legality in the processes. Due to which parties involved in the situation of conflict can easily discuss their concerns with each other and come to a concluding point. That is why, by negotiating with employees, Sainsbury’s displayed its intent to resolve any possible issue in consultation with the employees, which in turn gave confidence to the employees that they are part of the decision-making  process.

3.1 Explain the role of negotiation in collective bargaining

Collective bargaining and negotiation method helped a lot for those who were not satisfied with the Sainsbury management. Negotiation and collective bargaining are the methods which can solve the problems of employees in which voice can rise up in front of the organisation management. Negotiation is the prominent way to solve the problems while on the other hand it is very necessary and mandatory for the trade unions is to involve in the negotiation process. With the help of trade unions in a negotiation process, basic needs or rights can be met with the employees.
With the help of trade unions in the process of negotiation, payment structure can be increased for the employees and some extra benefits can be given to employees. Negotiation process pushes the management to think about the employee’s rights and about the payment structure as well.
The role of collective bargaining is quite crucial and important in industrial relation. It not only provides the solution of the problems but also recognise labor management problems. Apart from this it is the method to introduce those rights which are civil in the industry. some restrictions and rules are setups by the collective bargaining method in which employees rights are concerned.

In employee relations, when there is a situation of conflict then often different ways of conflict resolution are used. Among them, negotiation is also one of the important ways through which situation is resolved. However, in order to do an effective negotiation, concept of collective bargaining is important to be understood. Collective bargaining can be defined as a process of negotiations which takes place between employers and a group of employees. The core objective of this bargaining process is to reach an agreement where the certain issue of conflict can be resolved.

3.2 Assess the impact of negotiation strategy for a given situation