How To Write A Research Proposal: Students who pursue a Ph.D. have to write research proposals for the partial fulfillment of their research degree. A Student is awarded a Ph.D. degree when he/she makes a genuine contribution to its university in the research field of choice. Achieving a degree can nowhere be compared with achieving a noble prize but, it surely means that the student has earned something to certify that he has gained more knowledge of the subject on which the research has been performed. But to be certain of making such a huge contribution, a student must know how to write a research proposal. A research proposal is written to explain a research idea through relevant theories and practical applications of the idea. 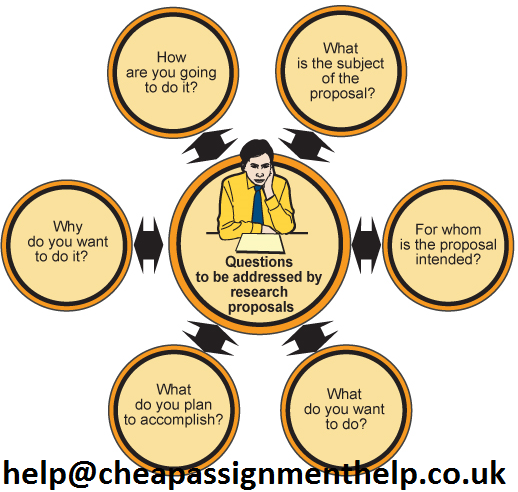 Each student pursuing a Ph.D., at a university submits a research proposal. So, it is understood the research proposals face competition, as the concerned authority grading reports often compare them for quality of work analysis. Thus, it becomes important to write a thesis as clearly and well structured as one could so as to lay a positive impact upon the reader. Research proposals must focus on these three big questions: What research Project has been undertaken? Why it is important to conduct research on the idea/topic? And, in what manner the research will begin?
To ensure that readers enjoy your Research Proposal, begin it with a strong introduction that clearly formulates the idea’s hypothesis. It is important to note that the hypothesis should lead to the advancement in the knowledge of the field but the hypothesis must be as concise as possible. Though it is tough to write a strong and concise hypothesis one can do so by sparing some time to research and think upon the subject. The hypothesis can be thought of as a scenery object where the rest of the content including applications is scenery’s background. So, take time and think of a good hypothesis. In some cases it is difficult to put forward a well-suited hypothesis, in such a case, one can put forward research questions followed by answers, in the form of theories and applications that justifies the research subject.

A research proposal should start just like an essay in which arguments are put forward and the answers are drawn to those arguments later. In a research proposal, the thesis should be followed by giving brief answers to those three questions mentioned earlier. After answering those questions le the readers know; what can be learned from the research? And why is it important to know? Elaborate on the answers to these questions later in the proposal.

The next and most important step is to prove that the research done for the research proposal is fresh. To support this fact include a bibliography in the section called Literature Review, with a conclusion that the research idea is fresh and no work has been done on this idea. Note that it is mandatory to include the list of books and articles read for the research, but you don’t need to read them all. Concentrate on your own idea and build up your analysis. Another thing to note is that try to keep research proposals jargon-free. As it decreases the content value and readers get bored with reading the useless crap. To write a successful research proposal include content full of clear and easy to grasp concepts and phrases.

Now, after proving that you have a unique research idea, the only question that arises in the minds of readers is; is the project worth researching? Include appropriate arguments so as to convince readers to support your research, show them the application of the research idea for practical use, but remember to be clear and specific. Don’t make lame promises like; implementing the research idea will save the world bla, blah… Come up with some reasonable advantage of the use of the research idea.

After this, the methodology which is considered the most difficult part of a research proposal is written. A well-detailed methodology should answer the question; what actions will be taken in the research so as to accomplish the research goals. Pick your own methods to justify your research goals. If you feel like it’s hard to write methodology then read a bit more on methodologies, on the internet. Discover different approaches that will suit your project.

Last, but a crucial part of a research proposal, the Conclusion is read by all, even by those who don’t care to read the methodology. To write an appropriate conclusion shortly recap and write about how your hypothesis is unique, why the research idea is worth paying attention, from a practical viewpoint. These questions must be clearly reflected in both the body of the paper and the conclusions.

Tags: How To Write A Research Proposaloperations assignment helpoperations management a