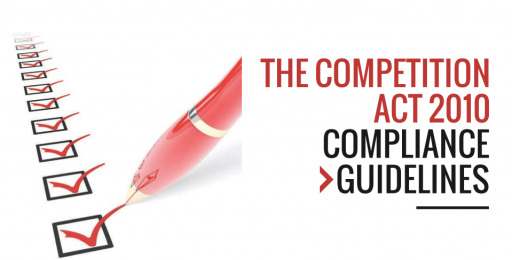 between them. The level of future tuition fees (for both UK and foreign students) that universities intend to charge is the most obvious but not the only issue in this respect.

Such discussions or disclosures (even if there is no express agreement to charge a specific level of tuition fee) expose the participating universities, and the individuals involved, to material risks under the competition rules.

Please note: this guide provides an overview of a subject that is explored further in OUT-LAW’s guide How competition law regulates discussions and arrangements between universities: the details

The late Lord Dearing, whose influential report proposed the introduction of student tuition fees in the UK, gave a warning in 2003 that universities might be tempted into a form of the price-fixing cartel. At that time he commented that “it would be natural” for vice-chancellors to seek to protect themselves but he also referred to his time in the industry where, he claimed, there had been an 11th commandment: “Thou shalt not fix prices with thy competitors or engage in unfair trading practices.”

Universities are subject to the full rigors of EU and UK competition law because they will likely be deemed to be “undertakings” when they supply goods or services on a given market.

There is a clear precedent for this view. For example, in 2006, the Office of Fair Trading (OFT) held that 50 fee-paying independent schools (many with charitable status) had exchanged information relating to their intended fee increases and fee levels for boarding and day pupils. It found that the schools involved had disclosed details of their fee levels for the next academic year, which were then collated and circulated by one school to other participating schools.

The OFT considered that this exchange of confidential information had an anti-competitive object, distorted price competition, and resulted in higher fees than would otherwise have been the case. The OFT found that each of the 50 schools had infringed the UK’s competition rules. The OFT’s investigation concluded with the schools accepting a nominal fine and agreeing to pay a total of £3 million into an educational trust fund.

Since 2006, the OFT has imposed much tougher sanctions on companies that have breached the competition rules. For example, in July 2010 a number of producers and retailers of tobacco products were fined a total of £225 million for engaging in behavior that had the object of restricting competition. Further, the Royal Bank of Scotland has agreed to pay a fine of £28.5 million because some of its staff had unilaterally disclosed generic and specific confidential future pricing information to their counterparts at Barclays Bank.

When considering the risks of information exchanges between competitors, it is important to bear in mind that a one-off disclosure can be sufficient to amount to a breach of the competition rules. The EU Court of Justice confirmed in 2009 that the disclosure of commercially sensitive data between competitors at a single meeting was anti-competitive, even though there was no direct link with the final prices charged by the companies because the exchange was capable of removing uncertainty about the intended conduct of the parties involved.

Competition law is not confined to banning overt price-fixing agreements reached between competitors in a smoke-filled room. Universities must take steps to ensure that they do not discuss with or disclose to each other any data or documents that might be regarded as commercially sensitive, if to do so might lead to greater transparency about each other’s future commercial intentions and conduct.

In this context, care needs to be taken to consider whether joint action on benchmarking or identifying best practices can lead to potential competition law infringements, in the same way, that an agreement or understanding between universities to charge a particular level of tuition fee would be regarded as anti-competitive.

The risks for individuals engaged in anti-competitive behavior are not trivial either, because the OFT has indicated an intention to prevent individuals who knew or should have known that they were breaching the competition rules from being involved in the management of companies.