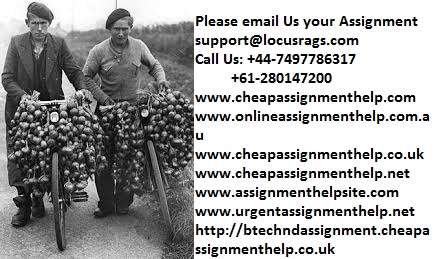 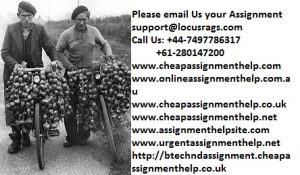 Holism
Holism is an approach where emphasis is on the whole rather on its components for example; the importance is on whole system, whole environment, whole behaviour, whole experience rather than the constituent parts of them (MITTELSTRASS, 2014).

Holistic approach facilitates the researches to observe the processes as whole and to come to a conclusion on the complex information on the patterns, arrangement, construction, configuration, processes etc. This approach assists in the understanding the structure or a process in a collective manner like culture of a specific society, team spirit, business processes etc (MITTELSTRASS, 2014).

The following two approaches give a better understanding on the same:-

This approach is applied on the study of perception.

Therefore Gestalt psychology emphasizes that is important to look at a person as whole while studying human behaviour it is imperative to give importance to the complete structure, totalities and unified whole rather than considering only one aspect of human behaviour (MITTELSTRASS, 2014).

Humanists consider that during analysing human personality when importance is given on simple component parts is ‘Disrespect for the unique quality of human spirit’ (Matson 1971).
This is due to the study of Maslow in the field of drive of self actualisation provides purpose to the whole of the person, for example- opinions, passions, perception, family dynamics, inspiration, career prospects, wealth etc.

Holistic approach laid emphasis on the perceiving human beings behaviour as a whole and that it is influenced by his or her surroundings (MITTELSTRASS, 2014).

Holism can be therefore stated as the method of evaluating an individual’s behaviour as a whole. For example if we look at the picture below, the cycle at the bottom has been taken apart and is arranged in a different manner than what a cycle is assembled like. When we look closely at it we can see the functions of each part of it but when assembled together in such manner does not gives us an idea of it being a bicycle whereas on the other hand when we look the picture given at the top we can easily perceive it to be a bicycle and know how it works. The components used in both the figures are same but when assembled together in a manner which provides us a sense to it is more important as it gives us idea that how the pieces work together (Gershenson, 2009).
This also clearly makes us to identify that holistic approach uses the non verbal stimuli rather than the verbal stimuli and helps us understand the physical and the verbal behaviour.

Reductionism is the approach which lay emphasis on the dissembling the components into smaller and simpler parts during the study of human behaviour. Reductionists articulate that to study the human behaviour the straightforward method is to look closely at the components which make up our environment and make use of the simplest clarifications to comprehend how they work (Mitchell, 2009).

Reductionism evolves from the scientific hypothesis of parsimony which states that the phenomenon is to be understood by the simplest fundamental principle possible. Reductionists strongly support that behavioural and mental processes of human being should be explained with the help of basic science, i.e. physiology, chemistry etc.

Reductionists’ states that reductionists approach has the scientific significance where the complicated behaviours can be broken down to the simple and smaller parts and can be tested over a period of time and eventually it will lead to the explanations supported by the scientific evidence (Wimsatt, 2008).

Moreover, reductionism when applied in medical field has a very important characteristic to it because while treating to any disease it is important to reach the root cause of the illness and then treat it which has proved to be very successful in the medical field. For example when a person reports of stomach ache to the physician and after giving him a normal prescription for few days if the stomach ache still remains it is always advisable to take few tests so that the root problem could be figured out and then treated accordingly.
Reductionism is very beneficial for simplification of complex components of anything. Like the figure given below shares a light on the interior of the duck and how everything is assembled inside of it to make it function properly. It also helps the researchers to study each of the organs of it. With the reduction approach it is possible to carefully understand the workings of every function and when needed can be provided with any treatment.
It is not possible to get to know the intricacies of complex things to get a better, clearer and more detailed result of anything (Nagel, 2015).

Reductionisms help to clearly attain the information needed to solve complex things by providing the combinations responses of different experiments on different study object by the stimuli given to them and thus has proved to be very helpful in the research field and is used to gain scientific credibility. Practical approach like reductionisms has proved to be very beneficial where rich data is observed for the diagnosis or treatment.

Therefore, we can state that reductionism is vital to researching and gaining the bigger picture of the complex things in the world.

Holism is an approach where emphasis is on the whole rather on its components whereas reductionism is the approach which lay emphasis on the dissembling the components into smaller and simpler parts. The approaches are completely different from each other but none of them is false, in fact both have proved to be very helpful in the scientific development.
Reductionisms states what lies underneath everything but does not put a light on how everything converges into something very different and unique. I other words, reductionisms disclose anything into its very simplest form to be the part of the world but fails to reveal on anything becoming an aspect of something bigger (Nagel, 2015).

As many researchers would do, they would simplify everything into the smallest simplest form that is in other words we can use word ‘atom’. Many would say that nothing is complex; everything is supposed to be a collection of atoms.

Likewise, it is possible to breakdown a system into simple component and studies their functions, but it is difficult to know how these components are combined up to form what is actually observed by us. This can be illustrated by the example of water molecules; two atoms of hydrogen and one atom of oxygen when put together would form water. But both hydrogen molecule and oxygen molecule have very different properties when compared with water. The bonds and the structures of these molecules lead to form water. Thus, we can say that reductionism reveals that molecules are part of the world but seldom fails to put any light on how when it is combined form into something very different.

Reductionism and holism may seem somewhat like microscope and telescope when compared to the perception it provides us where one reveals the smallest elements which stands its place in the world whereas other one makes us aware of the grand reality of the world.

While we can easily say that the holism approach is opposite to the reductionisms approach but many studies and researchers say that holism complements reductionism and does not seek to drive it out, it is the relation between the whole of anything and their parts.

Reductionist approach is necessary and complimenting in understanding various things which when combined gives a bigger picture whereas holistic approach helps in visualising the bigger picture provided by it (Wimsatt, 2008).

It can be concluded from this that science makes us understand the world all the way through to its development of learning which gives us the understanding of the smallest to smallest of the particle to the grandness of the world. The holistic approach is seen more ethical and respected while on the other hand reductionism is considered to be more practical. Both the approaches have their significance and are valid at their own level. Although holism approach provides the complete picture of the factors influencing actions, Reductionism provides us with more straight forward and easier understanding of the set of ideas for the issues that are otherwise far too complex to be comprehended by us.