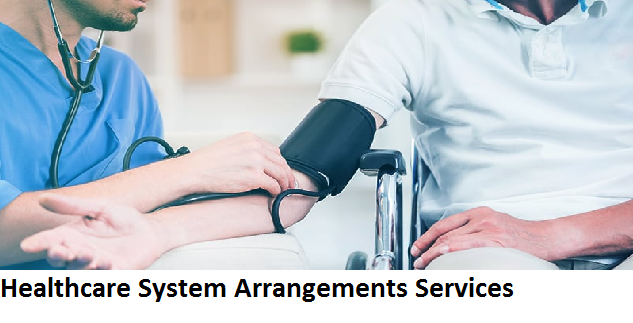 History revealed that British colonisation and subsequent government and non- government policies have negatively impacted Indigenous Australians. Australia’s first people ended up losing their identity as Indigenous people, land ownership and right to vote. As a result of psychological stress and changes in their lives made them more prone to the diseases such as heart diseases, liver diseases, diabetes and cancer. Availability of medical facilities to them was also affected.  According to Australian Bureau of Statistics (ABS), (2013), two third of deaths among Aboriginal and Torres Strait Islander Australians occur due to chronic diseases. Type 2 diabetes mellitus (T2DM), affecting 32 out of 100 sufferers of chronic illnesses, is one of the key health issues among

Diabetes contributes to 12% of the health gap between Indigenous and non-Indigenous Australians. Australian government has developed a policy called ‘close the gap’ to bridge this gap by achieving equality in health and life expectancy among Indigenous and non-Indigenous Australians within next 25 years. Government has initiated programs to address these lifestyle issues under close the gap policy. This essay will explain about close the gap policy, diabetes as a health care issue among Aboriginal and Torres Strait Islanders and factors responsible for the gap.

To begin with, ‘Close the Gap’ is defined as a largest policy developed by Australian government in response to the Social justice report which was presented in 2005 about the health of Indigenous Australians. It was promised under this policy to remove the disparities among Indigenous and non- Indigenous Australians by addressing health related and critical social issues such as poor housing, nutrition, employment and education by 2030 (Indigenous Allied Health Australia (IAHA), 2017).

According to Georges et al. (2017), Social justice report presented in 2005 uncovered two issues that are of concern to Aboriginal and Torres Strait Islanders. First is achieving improvements in health of Indigenous people and second is implementation of strategies and participation of Indigenous people in those strategies. It was then decided to implement human rights based approach to close the gap. Since 2006, it became duty of every resident of Australia to respect Indigenous people, their beliefs and wishes. Non-governmental and human rights organisations have joined their hands together to provide better health outcomes and life equality for Indigenous Australians. This is known as the Close the Gap Campaign (IAHA, 2017).

As per this campaign, Australian government provides annual report on yearly basis in the parliament on progress towards closing this Gap between health of Indigenous and non- Indigenous Australians (IAHA, 2017). This report outlines key structural changes to primary healthcare system arrangements that were effective or ineffective to secure genuine system performance benefits. The data/results are good indicators of whether such policy initiatives have achieved some success or are likely to succeed by 2030. If there is a need to make some more changes then it can become a part of further discussion (Donato & Segal, 2013). In other words, the main aim of this policy is to confirm that every Aboriginal or Torres Strait Islander child born in Australia has the equal prospect as other Australian children to live a long and happy life by 2030 (Australian Human Rights Commission, 2017).

One health care area in which the gap is predominantly extensive is in the occurrence of Type 2 diabetes. It is presently four times that of non-Indigenous Australians (Jack, 2012). Diabetes is a chronic illness marked by increased levels of glucose in the blood. It is caused either by the inability to produce insulin or by the body not being able to use insulin effectively. Type 2 diabetes is strongly associated with adaptation of westernised living standards and three risk factors include obesity, physical inactivity and poor diet (Brown & Edwards, 2012).

History is considered to be a powerful factor which determines people’s health. Before the white settlement, they were hunter gatherers and were dependant on lean and fresh meat which was collected after hunting. So, they used to go from one place to another in search of food on daily basis in former times. Mobilisation and fresh food kept them in good state and there is no record of diabetes and related diseases at that time (Hampton & Toombs, 2013). With European settlement, their lifestyle was disordered because they denied Aboriginal and Torres Strait Islander people’s access to their traditional foods that was vital for the preservation of their health instead high fat and sugar rich substances were brought in by them. In addition to the new diet, they presented to Australia with various transmissible diseases such as tuberculosis and measles to which Indigenous people had no immunity. (Taylor and Guerin, 2014).

Furthermore, British government policies had a direct impact on the health and well being of Indigenous people. The foremost and damaging British government policy “land belonging to no one” had a great influence on the life span figures because Indigenous people were parted from their own lands and the basics of their traditional nutritional practice were vanished (Hampton & Toombs, 2013). They became confined to four walls of their house because they were restricted to access their land and its resources including traditional medicine freely. As a result, physical exercise was decreased. Change in diet and less exercise leads to obesity which is major cause of diabetes (Brown & Edwards, 2012).

In addition to it, more formalised policies were developed without the involvement of Indigenous Australians and implemented during that time. This includes segregation, assimilation, integration, protection and reconciliation policies. This made them biased and they lost their trust in White people (Taylor and Guerin, 2014). So, they felt discrimination in health care facilities and started distrusting in medicine provided by non- Indigenous people. All these factors equally contribute to the highest prevalence of Diabetes among Indigenous people as compared to the non- Indigenous people (Hampton & Toombs, 2013).

As per policy, Government has committed to work with Aboriginal community to achieve the goal of closing the gap but unfortunately, there has been very less improvement noticed on Aboriginal health since 2008 (Donato & Segal, 2014). There still exists a huge gap of 20 years in life span and mortality rate is 3 times higher in Aboriginal and Torres Strait Islanders as compared to other Australians (Clark 2014). Death rates from diabetes are extremely higher in Indigenous people than non-Indigenous people (Clark 2014). All these figures explain that the disparity in the health system still exists.

As far as contributing factors are concerned, lack of access to timely and effective primary healthcare to Indigenous people living at remote areas mainly leads to their poorer health. On one side, Indigenous people prefer to live away from cities (Walker et.al 2014). On the other side, the availability of doctors, nurses, allied health professional and numbers of Aboriginal health workers in remote areas is insufficient. This is the main factor that hinders the provision of immediate care to them when needed (Walker et al. 2014). The government has been putting efforts to encourage people to work in regional areas (Alison 2013). In addition, hospital expenditure for healthcare of Indigenous people is 2.4 times higher per capita (Donato & Segal 2013).

In addition to above, Primary health care is a broad, integrated health care and refers to provision of the quality of life care to every resident of Australia. However, Osborne, Baum & Brown, (2013) found out that Aboriginal and Torres Strait Islanders are more likely to be in longer waiting list for public surgeries as compared to non-Indigenous people. That’s why Indigenous people go without health services due to this racism, distrust of white people and lack of appropriate public transport (Waterworth et al. 2014).

To conclude, it can be said that a large gap in health care was noticed among Indigenous and non- Indigenous Australians. Closing the gap policy is a good initiative to cover this gap within next 25 years. Research indicated that T2DM is one of the chronic disease which contributes to this major gap and mortality of Indigenous people. This poorer health resulted due to numerous factors which includes physical inactivity, unhealthy diet and changes imposed on the them through dispossession and by British Government after colonisation.

These changes deprived them from their civil rights after their land was snatched. Government has been putting efforts to improve the gap but there is not much success achieved. The reasons behind this was Indigenous people’s wish to live away from urban areas where medical facilities are not readily available, their misbelief of worthlessness and difference in health care facilities for Indigenous and non- Indigenous people. Government has been working hard with a positive thought of closing this gap by 2030 by addressing all these issues.

Alison, F. 2013, ‘A limited right to equality: Evaluating the effectiveness of racial discrimination law for indigenous Australians through an access to justice lens’, Australian Indigenous Law Review, vol. 17, no. 2, pp. 142-148.