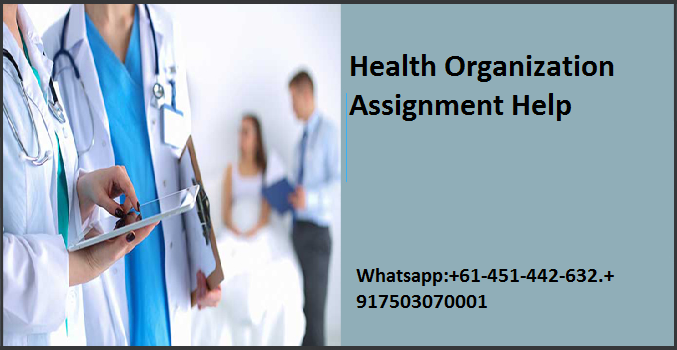 The issue that influences number of individuals within a society adversely, is known as social issues (Gupta, Kumar & Singh, 2014). stated that poverty, immigration, gender discrimination, environmental imbalance due to pollution are some different types of social issues that human faces every day in daily life.  workplace is also not an exception and there are certain types of issues that affects behavior and success of the employees in organizations and this is referred as social issues are workplace. identified in the previous assignment, violence, obesity, drugs, domestic violence, press, technology and ageing workforce are some examples of social issues are working environment.

poverty, sexism and alcohol dependence are also other form of social issues (Dougé, Lehman & McCall-Hosenfeld, 2014). However, the findings of the previous assignment mainly emphasized on competency of attaining the knowledge of new information technology, domestic violence, social care responsibilities, rude behavior and respecting elderly employees in the workplace.

This research essay will interpret the diverse socio-cultural context with respect to social issues at workplace followed with the discussion of comparing organizational behavior across different countries and cultures. The theme of social issues will furthermore be discussed based on advanced theoretical concepts to develop evidence that based decisions for managing the social issues at working place.

This management skills and decisions will also be supported with major cultural attributes like communication styles. Additionally, leadership and problem solving ability of the people at workplace will be deliberated for overcoming the considered issue.

2.0 Importance of the issues

According to Loseke (2017), the issue within the society which resulting in failure of people on achieving desired goals. Unequal opportunity, racism, unemployment are some of the common social problem at the workplace. Crime and substance abuse are also a part of social issue that an employee may experiences in any organization (Gracia & Merlo, 2016). The main aspects for the managers or working personnel to avoid the situation of social issues is that these issues also affects employees indirectly.

Taken for instance a drug abuser might create violence on a particular person but the other employees working in the same environment might get distracted which hampers their productivity. In this case, the other people are not directly related with the occurred social issue. Thus, the management of an organization need to overcome all aspects of social issue in order to enhance the overall productivity of the employees (Spade, 2015). This essay thus address the different type of social issues and its impact with proper evidences and recommend solution for overcoming the problem.

Wrench (2016) stated that social issues at workplace occurred from traditional time to conventional period resulting in lesser productivity and imbalance at workplace. Liberalism and conservatism are two of the major political philosophies that influences the social issues at workplace. Schein and Gray (2015) furthermore depicted that the major believe of libertarianism is about maximum personal liberty along with well-defined role for government. Brandt et al. (2014) argued that this process often opposes social legislation that is meant for provision of social justice and equity. On the other hand, conservatives emphasized more on reducing juvenile crime by providing equal opportunity to all the people (Wojcik et al. 2015). This will reduce the problem of social issues as all people can witness that the opportunity provided to everyone is same fueling lesser competitions.

Another social problem that need to be considered is that development of technology also raises the problem of unemployment. According to Forbes report of 2018, technology has already taken over 90% of the jobs that personnel used to do at workplace. Considering the agricultural industry, ten decades ago, majority of people are associated with agricultural activities which in today world has reduced to only 2% in America as proliferation of technology accomplished all the desire agricultural activities (Forbes, 2018). Moreover, in the traditional time, the transportation were made through horse carriages which on the other hand supports other associative occupations like  building carriages, raising horses and manufacturing buggy whips.

However, due to advancement in technology in transportation, these associated jobs are eliminated. Ford (2015) stated that the elimination has a positive aspects and this is people now take lesser time to reach to their destination. It is also demonstrated by Forbes that in earlier times, railroad industry in U.S. employed 3% of American workforce for moving freight and passengers all over the country. However, the recent scenario is only 0.1% among the American workforce remained employed but the efficiency in productivity for moving the amount of freight around the country has increased three times (Forbes, 2018).

Van De Griend and Messias (2014) highlighted another social issue at workplace and that is domestic violence. Domestic violence experienced by an employee affects their productivity at workplace as the victim are not able to concentrate on their work properly. Showalter (2016) stated that the major factor that causes the problem of domestic violence are low self-esteem of the intimate partner that results in the behavior of controlling their partners by directing them with offended instructions.  jealousy, inferior feelings due to difference in socioeconomic background and other psychological factors like anger are also major reason behind abusing partners domestically. Survey results from the article “The Impact of Domestic Violence in the Workplace” revealed that in a year employers lose $77.9 million due to domestic violence and 5% to 27% of victims also losses their job due to victim’s ability to get to work as a reason of physical restraint (Wathen, MacGregor & MacQuarrie, 2015).

Moreover, the study of World Health Organization found that the major factors that is associated with the domestic violence are individual factors, relationship factors, community factors and societal factor. The individual factors comprised of aspects like heavy drinking, personality disorders, depression, low income and witnessing abusive nature of parents (World Health Organization-Geneva, 2019). In addition to that, marital instability, conflict, economic stress and male dominance are some aspects of relationship factors; whereas, problems like poverty and low social capital are the major aspects of community factors that is responsible for high domestic violence (World Health Organization-Geneva, 2019).

It can also be said that in some cases traditional perspective of giving more value to male and social norms that supports violence become the major reason why majority of women are the victims of domestic violence (World Health Organization-Geneva, 2019). Research also exposed that physical, sexual, psychological and fatal health consequences are the worst results that is occurred through domestic violence.

Physical health consequences like thoracic injuries, fractures, irritable bowel syndrome, ocular damage, fibromyalgia, chronic pain syndromes and reduced physical functioning make the partner unable to attend their workplace resulting in additional unemployment rate and depression which is also a social issue. Houghton (2015) on the other shared some perspective on discontinuing domestic violence and that are taking concern of all the employees regarding domestic violence. Moreover, Keech-Mark (2014) also stated that knowledge of contacting the police or some anti-domestic violence organization in case they want to get rid of their abusive partners. Gracia and Merlo (2016) also highlighted that a person can easily suspect their partner’s abusive nature if they consider the past history of their partner’s violence, male dominating nature, harmful use of alcohol, lower levels of education, environment of their upbringings, antisocial personality disorder and other factors.

The most important social issue at workplace is discrimination. Triana, Jayasinghe and Pieper (2015) stated that discrimination at workplace can be based on difference in social background, ethnicity, pay scales, age and complexion. Vickers (2016) moreover decided that in recent time, religious discrimination is also occurred at many workplaces resulting in offensive behavior at work and poor decision towards minority group of society. Sexual discrimination and discernment based on physical disability is also common at workplace. The government statistics for charge filings on discrimination based on race, sex, national origin, religion and color for 2018 was 24600, 24655, 7106, 2859 and 3166 respectively (U.S. Equal Employment Opportunity Commission, 2019). Moreover, the charge filing based on discrimination for age, disability and equal pay for the same year was 16911, 24605 and 1066 respectively (U.S. Equal Employment Opportunity Commission, 2019; for details See Appendix, Figure 1).

Adverse impact of discrimination is high turnover, low morale, employee conflict and rise in legal action against the company (Krieger, 2014). It is also evident that elder people at workplace often face discrimination due to their stagnant knowledge of new technology in technical organization. Sutin et al. Furthermore portrays that in many cases, the physical disability is also the reason for older people being discriminated at workplace.

In this scenario, the organization and their leaders are liable for focusing on the traits and knowledge of the elderly people irrespective of their age and physical incompetence. Arai, Bursell and Nekby (2016) moreover suggested that utilizing effective words in describing a job profile is also necessary. Taken for instance, if a job description use terms like “energetic”, “young minds” and “need athletic talent” make women and elderly people less likely to apply for the job. onsidering from the entry level to the operational level functionalities. An organization need to respect everyone based on their talent and effort and not based on any ethnic or age differences.