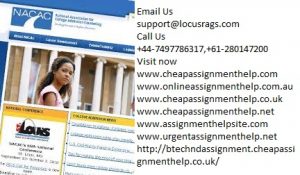 Leadership is stated as ‘the art of mobilizing others to want to struggle for shared aspiration, J.M. & Posner, B.Z (2003). In simple terms, Leadership is a practice wherein an individual tends to influence a single person or collectively large number of people to achieve definite goals set by individuals or an organization. Leadership is the capacity of converting an organizational vision into reality.
‘Leaders are individuals who establish direction for a working group of individuals who gain commitment from these group members to this direction and who then motivate these members to achieve the direction’s outcomes’. (Conger, 1992) A leader is a combination of diverse qualities such as sincerity, self-confidence, cleverness, flexibility, skilled, proficient and is a living example for the followers.
This essay focuses on leadership and its style which plays a vital role in any organization. The entire essay revolves around the characteristics of a leader. There are numerous leadership style such as Shared leadership, Team leadership, distributed leadershipetcand organizations or teams approach one among them which best suits their working style. The analyses part of the essay throws light on the statement ‘every team needs one leader and the rest must be followers’. The essay speaks in support of this statement and also challenges this statement by emphasizing on team leadership and shared leadershiprespectively in the form of a mini case study with real time examples in the business world. It showcases the pros and cons of the leadership style and their effects on the team and its members.

‘Every team needs one leader and the rest must be followers’. This statement is being analyzed on the basis of academic literature, literature review, personal leadership skills and experience. Every statement has two sides similarly this statement needs to be supported as well as challenged in this essay. At first, this statement is being supported and is moreover related to team leadership. Team leader is an individual who offers to instruct, guide, direct and lead a group of members (team) with the main motive of attaining a key result. It is a traditional approach to leadership where an individual is entitled to take up the role of a leader. In present scenario, most of the operations based organizations make use of this concept which results in highly disciplined, skilled and talented employees/followers. There are various advantages to this style of leadership management whose affects are seen on the overall productivity of an organization. The pre-defined objectives of an organization help the leader to delegate the work to its subordinate in such a way that there arises no conflict among the employees and there exists supervision of activities in a systematic manner where one employee’s work is automatically checked by another. The role of a leader is to build up a strategyfor the team to accomplish its objective, give the necessary training, effective communication of instructions, consider their issues and provide them with feedback, day-to-day work and finally give a brief progress report about the team. This helps the leader in maintaining coordination and communication among the followers to reach the ultimate goal. It is a valid and practical style of leadership when it comes to bigger organizations as the number of people working in it is large.
An appropriate example for this would be John Chambers, the chairman of Cisco Systems. Cisco Systems, Inc is an American based multinational technology company being headquartered in San Jose, California. Cisco creates, produces and sells networking tools. John chambers accepted the CEO position of a fairly known organization whichproduced telephone switches. Nearly after 2 decades, the company progressed into an approximately 47 billion dollars company which ruled the overall networking sector. Presently, the company’s stock is one of a quantified bellwether holdings used to assess the American market. All this was successfully led by Chambers leadership to whom nothing was supposedly petite for his interest. Chambers believed in hard work and encouraged the same. He took up the role of an autocratic leader who leads the entire team towards achieving the objectives and attaining success.
Now it throws light on the challenging part of the statement. Should every team have only one leader and the rest must be followers? Contradicting the statement, in contemporary world every individual in a team has a different perception towards this statement. They focus on Shared/distributed leadership style. Shared leadership is stated as ‘A dynamic interactive influence process among individuals in groups, for which the objective is to lead one another to the achievement of group or organizational goals or both’ (Pearce & Conger, 2003, p. 1). The advantageous feature of this style is it is a modern and best suited approach for geographically located working teams such as teleworking, remote working etc. It is a leadership style where all the members of a team take up the role of a leader and confidently influence their fellow workers in the verge of achieving the pre-defined goals and objectives. It is a team which consists of both official and unofficial leaders with the view point that a fellow member is encouraged to think innovative and share them with their fellow mates. In this way every member of the team is motivated to think out of the box and work productively towards the goals. There is no constraint in empowering leadership and building interdependency. In today’sgrowing world every individual wants to showcase their talents and skill in such a way that it brings success to them in personal and professional life. This style of leadership supports this thought and gives every individual the right to express and right to lead a team towards the successful path. There are various advantages and limitations for the same. One of the examples for this kind of team is,
Los Angeles Alliance for a New Economy (LAANE) is a nationwide renowned chief advocacy association established in 1993, with the commitment to construct a market for everyone. Active research, pioneering public strategy and deliberate classification of wide agreements all put together, paves a way for a fiscal approach based on triple bottom line. LAANE experienced shared leadership concept where they opposed the statement ‘every team has one leader and the rest must be followers’ through transformation of roles, business restructuring and change in culture and relationship. It commenced with forecast planning which anticipated workers contribution towards goal setting. Staff developed value, faith and responsibility in the midst of leaders and other fellow members through rigorous planned procedure. It all started with staff retreat and ever since then it has been affianced in deliberate development, encouraging staff trainings on supervision, enhance written code of behaviour and actions, appointed a HR director to give rigorous training and extended its team. Itinvolved the staffs in decision making process and made everything clear. This resulted in encouraging the team members to think unique, suggest, question the statement , speak out the worries and has promoted an atmosphere which discourages discrepancy personally, slip-up are used as stepping stone to success and an open ended decision making where all the members are entitled to put forth their view and argue. For the last few years, LAANE is in the front position of Los Angeles growth faction and recuperating lives.

The entire essay can be summed up in a nutshell stating that ‘two heads are always better than one’. Both team leadership and shared leadership have their own importance, advantages and disadvantages. Depending on the nature of work these styles are best used. ‘Every team needs one leader and the rest must be followers’ is a vertical and traditional approach of leadership. In present scenario, workers and team members are happy when provided with opportunities to decide how to do their jobs to get an effective result in the form of high performance. One leader cannot be an all rounder in every field since it is a tedious job. To reduce the work load and the control authority, shared leadership is the best solution to such situations. Shared leadership is more distributive kind of leadership where the members in a team are jointly working to reach the pre-determined objectives. In fact research states that organizations or teams with vertical approach are performing less effectively than those with dispersed leadership or shared leadership pattern. In case of one leader and others as followers it discourages open ended decision making and sticks to command control by the leader. While on the contrary, it gives space to other members in the team to contribute in decision making and all other processes. The future of leadership lies where both team leadership and shared leadership are combined to transform knowledge work. Both the styles of leadership are essential in a way such that, they have positive effect on the workplace and also on the team members. After all it’s the members and their working style which brings a positive outcome on the overall team.