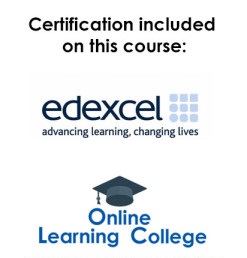 Employee Management:
Burberry takes ethical issues seriously. The company keeps a code of conduct that addresses key ethical issues and acts as a guide to decision making. One of the areas of interest in their policy is employee management. Burberry demands that all their suppliers comply with labor laws in their respective jurisdictions, by providing reasonable remunerations, safe working environments, and respecting their rights to associate and join labor movements (Burberry, 2015). The company runs confidential worker hotlines in over seventy of its factories, through which thirty thousand workers access counseling, consulting and whistle blowing services.

To underline its commitment to employee protection, the company stopped its operations in a Chinese company, following concerns of disregard for employees’ working hours and working conditions (Overton, 2012). The employees complained of poor pay and verbal abuse from the management. These complains were accompanied by protests that saw the local police force getting involved. After this incident, Burberry withdrew its operations from the factory.
On the other hand, the company encourages its employees to give back to the community through its Burberry Engage program. The program encourages employees to use their talents to make positive impacts in the communities where they live. Through this program, over two thousand employees in over fifty five cities have dedicated over eight thousand hours to charity work glucose is broken down to produce

Burberry started an environmental baseline assessment program to determine the carbon IV oxide impacts, both direct and indirect, from the raw materials it uses, its energy sources, chemical inputs, as well as waste. This helped the company identify areas in which they can reduce their contribution to environmental pollution. Cotton and leather were identified as Burberry’s largest contributors to Carbon IV oxide emissions. In response to that, the company launched a sustainable cotton project in Peru, banned Uzbek cotton and ensured that it sourced more of tanned leather from tanneries which have pollution mitigation programs (Burberry, 2015). Other achievements have been the introduction of sustainable, chlorine free packaging material, reducing Carbon IV oxide emissions from its buildings, increasing its reliance on renewable energy, reduction of employee travel by introducing virtual conferencing, increasing its waste recycling efforts, etcetera. Despite these efforts, the company has faced criticisms in the past. For example, in 2014, the company was accused of using the toxic nonylphenol ethoxylates compounds in children’s wear collection (Greenpeace, 2014). The company, however, disputed these claims.
Fair Trade:
While competition is one of the features of a properly functioning market, customers are getting increasingly interested in purchasing from businesses or sellers who acknowledge the need for fair competition. This topic is very sensitive for a multinational company like Burberry which runs hundreds of retail stores. Large multinational companies have a reputation for monopolizing markets by buying off less established competitors. However, over the recent past, consumers have openly voiced their dissatisfaction with this strategy. In some cases, customers have shown rebellion to companies that use this technique by refusing to purchase their products. A good example is Wal-Mart, which has faced stiff rebellion due to its rapid acquisitions of smaller retail store chains. To prevent this, Burberry remains committed to achieve high standards of ethical standards. This is clearly outlined in its policy and involves getting into fair trade agreements with stakeholders, as well as respecting various cultures, laws and traditions.
Customer and Stakeholder Impacts on Burberry:
Customers and other stakeholders have had a role in shaping Burberry. An example of a scenario where this has happened is the previously mentioned allegations on the use of toxic nonylphenol ethoxylates in a new line of children’s clothing. This allegation was made by a non-governmental organization known as Greenpeace. With such an allegation, it is expected that customers would get wary and demand explanations from the company. For that reason, Burberry was forced to give a statement on the same and prove its commitment to sustainability and reduction of environmental pollution.
Similarly, its withdrawal from a Chinese company as a result of workers’ rights violations was as a result of pressure coming from its opposite side of the market system. It has also been mentioned earlier that the company’s sales dropped after the brand was associated with football hooliganism in Britain. This is a very strong statement on the kind of expectations that consumers have for organizations. Consumers are not only interested in a company’s products, but also in its social responsibility. Therefore, it was crucial for the company to strongly disassociate itself from such acts in order to regain public confidence. In addition to that, the company’s efforts to reduce pollution and source for more renewable sources of energy are aimed at meeting consumer expectations. In that case, the role of the consumers in the modern market system cannot be understated.
Comparison of Hunt’s Principles with Burberry’s Operations:
Hunt (1981) dismissed the definition of marketing as a process or set of business activities through which the flow of goods and services is directed from consumers to producers. He based his arguments on the fact that marketing consists of numerous activities that include; managing sales, pricing, studying consumer behavior, marketing communications, managing products, packaging, market research, purchasing, etcetera. Such views led to the change of the definition of marketing by the American Marketing Association. The latest definition describes marketing as follows, “Marketing is an organizational function and a set of processes for creating, communicating and delivering value to customers and for managing customer relationships in ways that benefit the organization and its stakeholders” (Wilkie & Moore, 2006 p. 227)

Due to the changes in the global markets, focus has shifted from this definition, to a more holistic approach that puts other factors that influence market systems into consideration. This led to the development of the macro marketing concept. Macro marketing appreciates the complex nature of markets, which consist of marketers, customers, and stakeholders, etcetera. For that reason, macro marketing stresses the need to include market failures and opportunities, as well as both the positive and negative impacts of the marketing process in analyzing marketing. As stated earlier, Hunt defined macro marketing as a multidimensional study of marketing systems, their effects on the society, as well as the effect of society on these systems. Therefore, macro marketing does not only focus on the interactions between sellers and buyers, but also on their effects. Similar thoughts were shared by Fisk (1981), who stated that macro marketing should be best viewed as social process, a life support system that provides technology for resource mobilization and allocation, with focus on the quality and quantity of market provisions as well as the effects of marketing.
In the case of Burberry, the definition of macro marketing is clearly observed in the 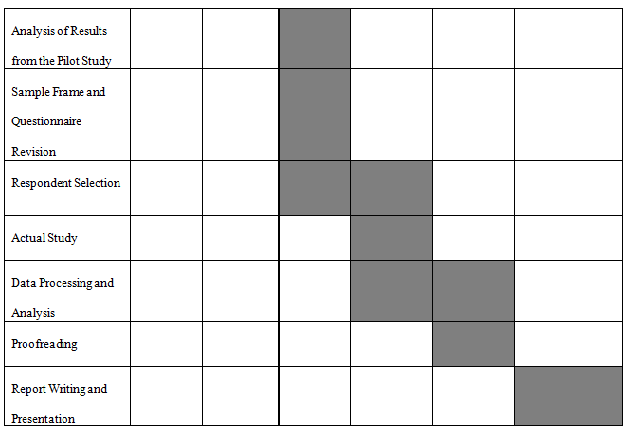 general operations of the company, as well as in their effects. Burberry seems to look at marketing from a holistic view. That is, the company recognizes that in the existing global market environment, decisions not only affect the company, but also customers and other stakeholders. Therefore, the company makes decisions that are of benefit, not only to itself but also the society. That is, the social impacts of the marketing processes are an important consideration. For example, while the company needs reliable cotton supplies to drive its production and to meet its customers’ demands, a consideration of the harmful effects of its production processes on the environment influenced its decision to invest in a sustainable cotton project in Peru. This would ensure that it secures itself a constant supply of the raw product, and at the same time reduce its contribution to environmental pollution. The marketing decisions and systems in that case are not only shaped by the needs and interactions of the marketer and the buyers, but also the possible effects of this interaction. In that case, practice is discussed in light of theory.
Macro marketing can also be looked from another angle, where theory is discussed in light of practice. An example is where Burberry was accused of using toxic nonylphenol ethoxylates in the production of a line of children’s wear. In that case, the company was focusing on creating a product that would appeal to the customers. However, while the market process was designed to focus on delivering the product to the buyer, the social impact of the product came into play, hence affecting the market system. Nonylphenol ethoxylate’s interaction with the skin is known to produce a compound that destabilizes hormones. Therefore, the clothes were posing a risk to the society. The effect was the involvement of Greenpeace, a non-governmental organization, in the marketing process despite the fact that its involvement was not anticipated. From this, we deduce that macro marketing is all about the interaction of marketers, customers, stakeholders as well as the effects of this interaction.