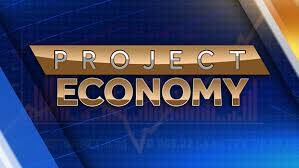 government monetary policy (Kulkarni, 2014). These indicators help an economy to identify the status the economy. In this report various aspects related to an economy has been discussed in relation with the economy of china, unemployment trends, inflation and its causes and its effects over the economy and measures adopted by the government for full employment and for achieving stable pricing.

Economy of China has undergone huge changes in the last few decades. It has become the second largest economy in the world. China has introduced economic reforms in 1978, which has helped the economy of china to rise with a rise in Gross Domestic Product from USD 214 billion in 1978 to USD 9.2 trillion in 2013. China has high rate of savings with it, which helps the government in making domestic investment during the economic reforms. Global trade conditions have favoured china and china has experienced a huge growth in export of goods and services. The main reasons behind the development of the economy of china are increasing globalisation and support of government for economic activities. Implementation of economic reforms has helped the economy of china in shifting its base to market based economy from centrally planned economy. Still china is in the developing stage of development process. Rapid changes in economy of china have placed many challenges in front of it including rapid urbanisation, inequality, external imbalance and environmental sustainability. The five year plans of china have emphasised over the measures for dealing with these challenges. According to the government of china for maintaining the social stability in the country, growth of the economy is essential (Morrison, 2015).

Under this section of the report, analysis of Real GDP, Real GDP growth rate and Real GDP per capita, effects of these macroeconomic indicators over the performance of the economy of china, performance trends of economy of china and measures adopted by the government of china for achieving production output performance has been discussed.

Real Gross Domestic Product per capita helps in measuring average income of an individual of a country. It helps in measuring the national income, national expenditure or national output of an economy. In 2014, the real Gross Domestic Product per capita in china was USD 12608.87 (MCGRATH, 2016). The main aim of using these measures is to maintain the living standard of the population of the country.

The major trends in performance of the economy of china are the shifting of investment as the shift was investment was from mining to dining sectors, shifting in capital flows as china tried to control the flow of capital outside its borders and preferred for two way flow of the capital rather than one way flow, shifting of consumer leverage as china tried to rise the use of credit among the consumers of china and the shifting of shopping patterns of consumers as to make use of commerce and gain the benefits of e-commerce for facilitating the trade and increasing the growth level of the country.

Measures adopted by the Government for achieving production output performance:

Government of china has adopted various measures for the attainment of production output performance. These methods are as follows:

Unemployment refers to the number of people who are unemployed. Unemployment is a state when a person is intending to perform a job but is not getting a job. Order Now