This is a solution of Dolls House Assignment in which we discuss both he and his wife Nora seem very happy because they no more need to worry about money. 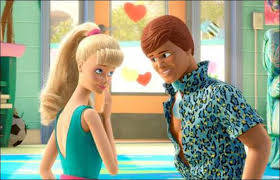 A Doll’s House, written by Henrik Ibsen, is a third act play, which was performed in the Royal Theater, in Copenhagen, Denmark on December 21, 1879. It was published few days before it was performed on stage. The play is a rebel against the norms of marriage that were prevalent in the 19th Century. The protagonist Nora, in the end leaves her husband and children to re-discover herself. The story begins with Torvalds Helmer getting a new job as a manager of a bank. Both he and his wife Nora seem very happy because they no more need to worry about money. Nora’s school friends Christine and Linde visit their place. Christine is a widow and also lost her job. Nora promise to talk to her husband about getting her a job. Then she confesses her friend about her debt that she has kept as a secret from her husband. She loaned an amount to help her husband recover soon from an illness. She took her to Italy for this. Nills Krogstad, a junior employee suddenly comes to her place and wants her to persuade Torvald so that he does not terminate Krogstad from his job. Otherwise he will reveal her secret to her husband. Finally, Trovals comes to know about Nora’s secret from a letter that was planted by Krogstad in his mail box. Torvald forgives Nora, for the sake of his own reputation ignoring her contribution in their relation. Hence, Nora leaves him to discover herself.
Nora Helmer is the protagonist of the play, who lives a luxurious life. In her early life, she was babied by her father. Moreover, post-marriage, her husband Torvald Helmer deals her with quite an indulgence.

He refers to Nora like a thing, a plaything, or a “doll”. He addresses her as “…my little [twittering] lark…”(424), and “…poor little girl”(427). From the opening of the play, she is found to have a tendency of doing things that her husband does not like. She forges her father’s sign to get a loan, which she kept as a secret from her husband. She constantly lies her husband to maintain the secret. Similarly, Nils Krogstad, the antagonist of the play, is also called the Norwegian Machiavelli, is on the verge of being terminated from the bank he works in for forgery.Both Nora and Krogstad keep on applying undue means to serve their individual purposes. Nora’s continuous effort to keep up her secret by lying her husband and Krogstad’s art of blackmailing and threatening Nora to persuade her husband look quite similar. Nora constantly tries to sway Torvald. She says that Krogstad might cause publish things against him. Perhaps she fails to take him in her grip. Krogstad, too could not successfully take Torvald into confidence, though indirectly using Nora. Both these characters are ambitious, Nora wants to identify herself in the end and Krogstad wants to be higher in position “I want to get into the Bank again, in a higher position. […] Within a year […] It will be Nils Krogstad and not Torvald Helmer who manages the Bank.” (2.83-2.285)However, both do not know where they stand, and how they must achieve their goals. They are easily lured by the unjustified means, which brings success sooner. Both of them, being frustrated with the society and family, try to commit suicide, but did not have courage to act on it.

There is yet a difference in the characters. Nora does everything against her husband for her own pleasure. Towards the opening,“She is laughing to herself, as she takes off her hat and coat. She takes a pocket of macaroons from her pocket and eats one or two; then goes cautiously to her husband’s door and listens” (424). This proves that she does things that her husband does not like, at his back, only to satisfy her desires. Nevertheless, Krogstad’s actual aim is not evil. He solely wants to secure his job and reestablish his esteem in the society. Only after denial from the community, he gave up to blackmailing and money-lending.He says Nora, “I want to rehabilitate myself” (2.83).Ibsen was influenced by the notion that because this is “an exclusively male society, with laws made by men and with prosecutors and judges who assess feminine conduct from a masculine standpoint”, “a woman cannot be herself in modern society”. Michael Meyer says that the theme of the play is “the need of every individual to find out the kind of person he or she really is and to strive to become that person”. Hence, Krogstad re-discovers himself with the love of Christine and in the end, Nora leaves her family to live the life she wants and be the person of his desire. She says Torvald that to be a good mother and a wife, she ought to learn herself that she is something more than a plaything. She goes away to discover her true self. See more about Dolls House