This is a solution of Cultural Education Assignment part 1 in which we discuss the first reason is because cultural diversity gives the organization access to markets of the national group.

Cultural diversity is defined by Cox and Blake (1991) as “people from different gender, nationality, and racioethnic groups”. Cultural diversity has visible and observable elements such as accents and religious apparel, but also invisible elements such as norms and values (Shore et al., 2009). According to Shore et al. (2009), organizations should integrate cultural diversity for three reasons. The first reason is because cultural diversity gives the organization access to marketing plan of the national group. The second reason is that organizations can adopt cultural diversity as a moral end to correct historic discrimination. The last reason is that organizations can use cultural diversity as a learning resource. Diversification of the workplace is mainly due to two factors: the changing composition of national populations and secondly globalization assignment. In the late 1950’s, the Netherlands started with immigrants. The latest statistics of Centraal Bureau voor de Statistiek show thatin 2015, there are firstand second generationimmigrants in the Netherlands and together they make up almost 21,69% of the total population (Appendix table 4).Centraal Bureau voor de Statistiek defines first generation immigrants as: “a person who was born abroad with at least one parent who also was born abroad” and defines second generation immigrants as: “a person who was born in the Netherlands with at least one parent who was born abroad”(cbs.nl).

Cultural Diversity in the Netherlands 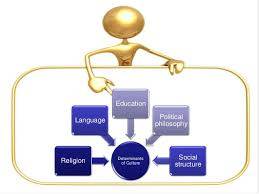 Immigrant workers are not the only aspect of diversity. The composition of male and female workers has also changed in the last decade as emancipation of females has played a vital role within many organizations. This can be seen in the net-labour participation, which is defined by the total number of working population in the potential population (CBS Statline). Table 5 (Appendix) shows that on the one side there has been a decrease in the net-labour participation of males from 2003 (74.0%) to 2014 (71.8%), whereas on the other side there has been an increase in the net-labour participation of females in the same period (52.1% in 2003 and 58.1% in 2014), which can be explained by emancipation. Another aspect of diversity is education. People are becoming more educated nowadays. Figure 6 (Appendix) confirms this motion. Here can be seen that males and females are becoming more educated. Next to the degree of education, figure 6 (Appendix) also shows the percentage of females who has a university degree has increased over the years. This can be related to the emancipation aspect of diversity.

Albert Heijn is a company which is one of the largest supermarkets in the Netherlands. Table 7 shows that in 2014 Albert Heijn dominates 34.1% of the market share and therefore owns the largest market share in the Netherlands. In this study Albert Heijn was used to compare and identify whether the theory can be applied in practice. Therefore, data was gathered from the departments ‘verkoopafhandeling’ and ‘counter’, which stands for the cash register department. Team ‘verkoopafhandeling’consists of cashiers and team ‘counter’consist of ‘teamleiders’. Two stores are used in this study, one store which is located in the city centre of Amsterdam and one in a village which is located in Driebergen-Rijsenburg. The data is included in the appendix in Figure 8. Due to privacy reasons the birthdate and first name of the employees are censored.

Tags: Education And Development Of A CountryOrganization assignment