This is a solution of Contract and Negligence Business Assignment part 3 in which we discuss the primary and basis areas of the contract that should be known by businessmen. 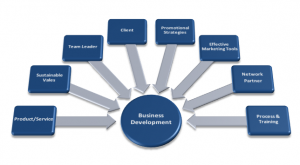 2 Explain the nature of liability in negligence

The liability of negligence under the business law of tort is referred to as the breach of a duty that was suppose to be undertaken against the world for the protection and safety of the people possibly affected by the breach. For the tort of negligence it is required that the duty of care existed among the parties, that the same was breached and the damages so arising are in terms of psychological, monetary or physical terms. [Nel (2004)]. According to the case of Donoghue v Stevenson, 1932, a test of neighbour’s principle was established wherein it was held that the neighbour is a person that is directly or closely related to the effects of the acts that are performed by the tortfeasor. Such care shall be undertaken towards the users both direct and indirect so that the possible effects may be minimised. Lord Atkin’s judgement mandates the maintenance of safety by the person causing the harm or the effects. It shall be assessed beforehand in terms of foreseeability and proximity to study the extent of liability that may arise if the duty in question is not undertaken. [Richards (2006)]

3 Explain how a business can be vicariously liable

The business may be made vicariously liable for the acts of the employees. The employer-employee relationship shall exist between eh parties in order to be responsible for the actions of the other party. The same may arise out of a professional duty and not the personal motives. Thereby it is essential to assess if the action resulting in damage or harm are from the professional duty or the personal preference. The same is discussed according to the Doctrine of Respondeat Superior. Vicarious liability also arises from the duty to provide a safe and healthy working business environment to the employees. As discussed under the Health and Safety at Work etc of 1974, the employer has to maintain the standards of the safety. Accordingly, it is also essential to know that the vicarious liability goes beyond the employer-employee relationship in the case of master- servant, partnership and the agency wherein the acts are so performed for the benefit or instructions of another party. [Collins (2008)]

Task 4: Be able to apply principles of liability in negligence in business situations.

Mark had a claim against the holiday park because as an occupier the holiday park required to maintain the area for the safety of the visitors. Thereby the fences provided by the holiday park was not enough as no warning sign of the sorts that climbing over to the other side would be harmful. As an occupier it the liability of the holiday park to include all the signs and attempts safeguarding the visitors both permanent and temporary. A duty of care existed from the end of the council as the Occupier’s Liability Act mandates the occupier’s to take necessary steps for the precaution of the harm that may be caused to the trespassers, visitors and non-visitors both permanent or temporary. Thereby when the council was aware of the given possible breakage that may be harmful for the person swimming it should have expressly put out a sign or notice for the person so concerned. [Meyer (2010)]Therefore, the responsibility towards the visitors was from the park’s and council’s end in both the cases. Under the case of Hedley Byrne & Co. Ltd. V Heller & Partners Ltd. [1946] AC 465 whereby Hedley was approached to outline the extent of credibility of a potential buyer. Therein on incorrect review he forwarded the wrong information resulting in the loss at the end of the seller. Thereby, Hedley was held responsible, as it was his fault because the amount went in arrears. Thereby, in determining the negligence the source of liability has to be studied to derive the correct remedy. [Pratt (2000)]

2 Apply the elements of vicarious liability in given business situations

The given case study presents a situation wherein the Museum owner of Vintage Vehicles asked her friend to take the vintage bus for the vintage rally. While driving over the bus the friend’s conduct was negligent and thereby it resulted in the damage to Mrs. Williams car. It is to be noted that the car driven by the friend was not a n employee in the given scenario and thereby the vicarious liability would not arise from the end of Mrs. Williams. It is also noticed that according to the according to the occupier’s liability it is essential for the person driving for the time to maintain the security of the people both inside and outside the car. Therefore, it was the duty of the friend to take all the steps towards safeguard the pedestrians and the people travelling in the car. The task of delivery of the van was met however; the same was not done in accordance with the standards as prescribed under the act. Therefore, the liability in the present case arises from the friends for not taking the necessary precautions and risking the safety while driving the car negligently. [Vettori (2007)]

In the present assignment a detail discussion was undertaken with respect to the formation of the contract and presenting the basic elements. The structure of a contract based on terms such as the express, implied, conditions and warranties was studied to develop a better understanding. Furthermore the effect of the terms on different types of contracts was referred to, in detail to solve the case studies so provided. The assignment also requires to understand the difference between he contractual liability as well as the liability under the tort to determine the effects of the two. Furthermore, an analysis of the tort of negligence and the vicarious liability is to be made to solve the case studies so provided. see more about  Negligence business

Tags: Aspects Of Contract And Negligence For Businessbusiness assignment help