This is a solution of Contract and Negligence Assignment part 1 in which we discuss a valid contract as if even one element is missing then the contract is not enforceable in law.

Whether there is a valid contract amid Louise and Jewellery Store? 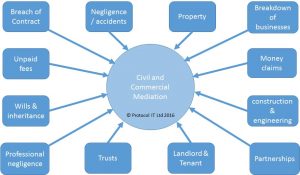 A contract is an agreement which is enforceable by law. To make a valid contract, the main contract essentials are offer, acceptance, consideration, legal intention and capacity of the parties. All contract essentials are very important and necessary to make a valid contract as if even one element is missing then the contract is not enforceable in law. (Business Law 2012)When all contract essentials are present then various kinds of contract can be made, such as, written, oral, distance selling, online, etc. all such contracts are valid however if the contracts are in written form then it is much easier to prove the same court because of the presence of documentary proof, which is difficult to prove in verbal contracts. (Outlaw 2016)When a valid contract is made then various terms are made part of the contract. Terms which are mutually decided by the parties are express and which are imposed by law or custom are implied terms. Express terms can be condition (very essential and can terminate a contract), warranty (not very essential and only remedy can be sought (Poussard v Spiers (1876)), in nominate and exclusion clauses (limit the liability of one party with the consent of another (Bettini v Gye (1876)). (ElawresourceUK 2016)

In contract, an offer is first contract essential and is made by an offeror with the sole purpose to get it approval from an offeree on such terms which are communicated to him. An offer can made to a single person or t world a large (Carlill v Carbolic Smoke Ball co (1893). Once the offer is accepted by the offeree then it is called acceptance and makes a binding agreement between the parties (Butler Machine Tool v Ex-cell-o Corporation (1979)). But, if the offeree does not accept the offer but varies the terms of an offer then it is not an acceptance and is called counter offer which cancels the first offer and establishes in a new offer which is now made by the offeree (Hyde v Wrench (1840)). It is only after a counter offer is accepted by the old offeror a valid agreement is made amid the parties. (ElawresourceUK 2016)

It is also important to state that an offer is different from invitation, as in invitation there is no offer which is made but offers are invited by the displayer of advertiser, auction, displayer etc and only after receiving offer he may or may not accept such offer resulting into a binding contract (Partridge v Crittenden (1968). Mainly, it is the advertiser or auctioneer or displayer who is the ultimate offeree and the people who are making the offers are considered to be the offers. (ElawresourceUK 2016)

Now, an advisement is issued by a store for sale of bracelet @ 100. Thus, as per Partridge v Crittenden (1968) such advertisement is an invitation and not an offer. It is Louise who must make an offer to Ashleigh (manager). Louise makes an offer to pay £70 cash for purchase of bracelet. Now, the manager must accept this offer to make a binding contract but he made a counter offer @ £80. Thus, this counter offer lapse the first offer made by Louise. Now, the new offer is by the manager @80. Instead of accepting the offer, Louise made a new counter offer @ £75. This is not approved by the manager and now he again made a counter offer @ £80 which is be open until 10am on Friday the 4th of February. Now, the only offer that stands is by the manager @ @ £80 which is be open until 10am on Friday the 4th of February. If Louise accepts the same then there is a contract otherwise not.Louise accepts the same by post on 2nd February (before 4th February). Thus, by applying Adams v Lindsell (1818) as soon as the letter is posted there is a binding contract between the two.

Tags: Aspects Of Contract And Negligence For Businesscontract law assignment