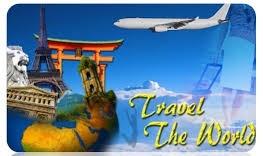 es currently driving change in the travel and tourism sector for a selected tourist destination.

There major issues that are currently driving change in the travel as well as tourism sector for UK are as follows,

1.2 You should analyse at least two different current issues using appropriate methods and resources in depth focusing mainly on the impact of political unrest in the Middle East and North Africa, terrorism and counter terrorism measures, severe weather, local and international laws.

Two different current issues focusing mainly on the impact of political unrest in the Middle East and North Africa as well as terrorism and counter terrorism measures are mentioned as under,

3.1 Analyse how International Airlines Group businesses could respond to change.

3.2 Develop strategies on how International Airlines Group businesses could respond to change.

In this respect, two airline companies are being selected which are British Airways as well as Aer Lingus.Let us discuss the various strategic aspects that are needed for responding to change which are as follows,

British Airways: The biggest as well as famous airline in UK is considered to be British Airways. The airline is well-known throughout the world as well. But during the last couple of years, the airline has fallen from its cherished position of repute and is not being able to function in a profitable manner and taking this aspect into consideration certain strategies are being developed which are mentioned as under,

Aer Lingus:This airline company is considered to be the second largest airline in Ireland that was founded by the Irish government and privatisation of the airline occurred within 2006 & 2015. The various strategies that need to get developed for responding to change are mentioned as under,

3.3 Justify strategies for how selected International Airlines businesses could respond to change.

British Airlines as well as Aer Lingus are the two airlines that are considered in this regard. The strategies that are required to justify in what ways the selected International Airlines business could respond to change are mentioned as under,

4.1 Analyse the impacts of issues and trends that drive change in the travel and tourism sector with reference to Myla Travel, Thomas Cook and The Travel Network Group.

The impact of issues and trends that drive change in the travel and tourism sector are mentioned as under,

4.2 Discuss the likely consequences of businesses failing to respond to market change with reference to Myla Travel, Thomas Cook and The Travel Network Group.

The likely consequences of businesses failing to respond to market change are mentioned as under,