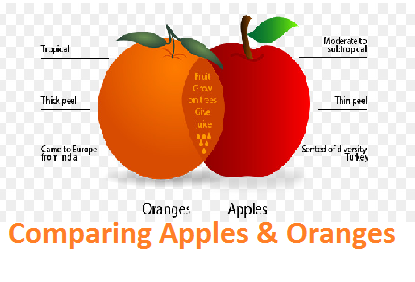 The Diamond Peak Hotel, one of 45 hotels in the Host Marriott management company, was bustling with business this Thursday afternoon as the hour of the daily revenue meeting drew closer. For the second straight year November was proving to be a busy month with a large number of transient business guests filling up every room not already claimed by a group. Indeed, the staff was busy checking out a fraternity group today and preparing for the arrival of a gymnastics team this evening.

Several members of the sales staff were eagerly anticipating the day’s meeting, excited about the good news they were ready to share with the revenue management team of the 575-room convention hotel.

Both of the hotel’s group sales managers, Tyrell Glouchester and Demetrius Glava, scurried to pull together the data they needed to answer any questions that might come up concerning the group business they were on the verge of selling. Both knew that though the business was still twelve months away, the sale would help put them closer to their yearly sales goals-and the bonuses that came with the accomplishment of those goals. 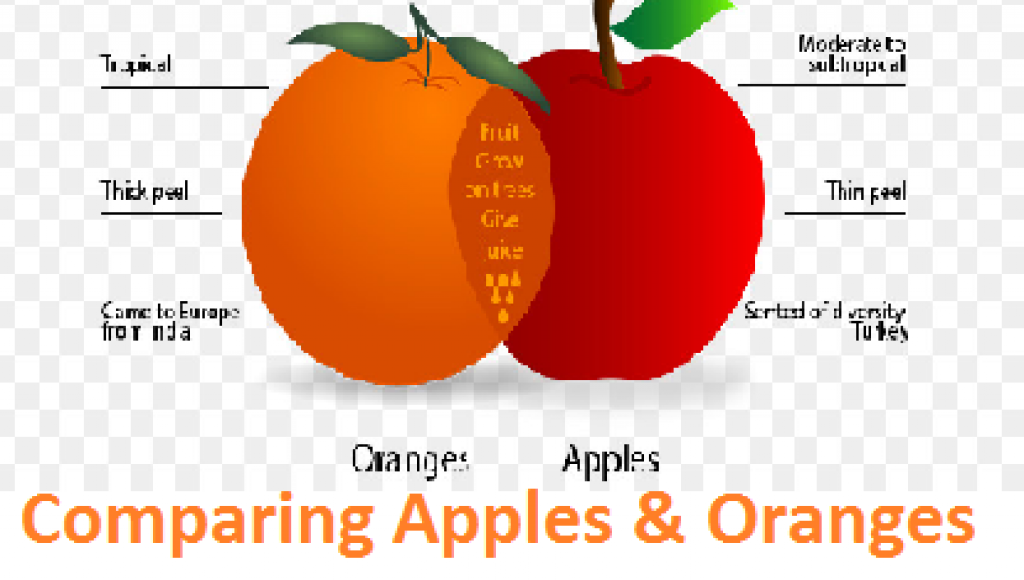 At 4:30 p.m., the revenue management team-Bill McAddlepot, General Manager; Ellen Zurpava, director of sales; the two group sales managers; ParamendraBhura, sales manager for transient sales; Robin Douglas, the reservations manager; and Grace Fritzman, the catering manager-gathered in the meeting room with friendly smiles and a few weary comments about the fraternity group that was currently checking out of the hotel.

Bill quickly called the meeting to order, reviewing the actual performance of the latest five-day forecast. After a brief discussion about the current budget, Bill asked what new business the team had generated today. Tyrell and Demetrius spoke up in unison, sparking a laugh among their co-workers as they then both offered to defer to the other.

Tyrell yielded the floor and Demetrius began, “I received a call this morning from a Reverend Michael Brown. He’s planning his denomination’s annual minister’s revival meeting and would like to book it at our hotel. They’re looking for 400 rooms for a four-day period from Monday through Thursday nights inclusive in the first week of next October. They would also want. . . ”

“When did you say the group wanted the hotel?” Tyrell interrupted.

“The first week of next October, Monday night through to Friday morning,” Demetrius said. “I checked with Robin this morning-so far the only group we have booked is the return of our Delta Sigma Kappa fraternity buddies who are checking out today. They have 135 rooms booked at $150, higher than our budgeted group ADR of $140 for that month, which gives us a little bit of leeway.”

“The fraternity group is a pretty firm booking, too,” said Ellen. “I was surprised to see that they actually ended up reserving more rooms than they had contracted for. Fortunately, we had the extra rooms for them this year.”

Tyrell shot Robin a questioning look, but was unable to catch her eyes as she seemed suddenly engrossed in one of the reports that Bill had handed out at the beginning of the meeting. He wasn’t certain, but she seemed to be suppressing a smirk.

Demetrius continued, “The ministers will mostly use the hotel dining rooms and area restaurants for their food and beverage needs. However, they’ll want to reserve all of our remaining available meeting rooms for the week. I am forecasting that 25% of the revival guestrooms will eat in our dining room.  I pulled their group history from our sister property in Minneapolis where they held their revival meetings for the past five years. Reverend Brown said they were looking for somewhere warmer for next year’s meeting in the hopes of finding a permanent home for the annual meeting.

“One of the more interesting aspects of their history is that they are 40 percent multiple occupancy and they tend to pick up a lot of shoulder dates in early arrivals and late departures. Last year they picked up 50 unrequested rooms on the previous Sunday night, a night that has typically been a slow one for us.”

“Sounds like a great piece of business,” Ellen said. “What rate did you quote them?”

“Four hundred rooms, you said?” asked Bill. “With the other group of 135, that would leave us only 40 rooms for the peak business days.

“Wait a minute,” interrupted Grace who was looking slightly deflated. “Before we discuss this revival meeting any further, I think you need to hear what Tyrell is bringing to the table. Tyrell, didn’t you say your group was for the first of October?”

Tyrell took a deep breath and began the pitch that he had quickly been revising since Demetrius first revealed the dates for his group, “Funny, that, isn’t it? I also talked to Robin this morning about a group sale I’m getting ready to make. She didn’t mention anything about the revival.”

Robin shrugged, “You asked whether we had anything booked for that day, I told you what we had booked.”

“Well I also got a call this morning, but it was from Mr. Jonathan Snow, the meeting planner for Floopy.com. Their engineers work all around the country out of their homes. Twice a year, they are all required to attend a strategy meeting for three days that is held every spring in Canada, and every fall in the South. He would like to hold their next fall meeting at our hotel. He’d book 290single occupancy rooms, and would purchase lunch, dinner, and coffee breaks on each of the three days of the conference. On the final night, they’d purchase a huge gourmet banquet. They’d also have three hospitality suites for two of the nights with an open bar. They have extensive audiovisual needs and would be purchasing staff services as well as renting the majority of our meeting room space. As a rough estimate, Grace and I determined that we might be looking at about $60,000 worth of food and beverage revenue in catering sales alone. With 290 rooms being booked and the current group of 135, that would leave us with 150 rooms for our transient guests, and we wouldn’t have to displace any of the higher rated business. And yes, Grace, they want three nights – the Tuesday through Thursday inclusive of the first week in October.”

“We obviously can’t have both groups,” Grace said. “It seems pretty obvious to me that the corporate group would be more profitable to us. I mean, the ministers probably won’t even drink anything, which would destroy my beverage budget for the month.”

Bill’s brow furrowed as he flipped to a new page on his notebook. “Let’s get some of these details straight before we make any hasty decisions. We currently have 135 rooms sold for that week. Robin, tell me again the details for our current reservations that week.”

Robin glanced down at her forecast, already flipped open to the week under consideration. “Both Tyrell and Demetrius came to me today, so I’ve had the afternoon to review some of our forecasts and to update them with this month’s historical data.”

“Must be nice,” Tyrell muttered. “You could have warned us.”

Robin ignored Tyrell and continued, “The Delta Sigma Kappa fraternity has reserved 135 rooms at $150. Most of their activities take them out of the hotel, so they will be using two meeting rooms only on Wednesday afternoon and I project that 20% of their rooms will eat in our dining room. They arrive on Monday and check out on Thursday.”

“Robin suggested I review my forecasts for that week,” Paramendra spoke up. “Now I see why. My projections say that we can count on 60 transient rooms on Sunday, 85 on Monday, 150 on Tuesday and Wednesday, and 95 on Thursday. There are a few factors that would affect Friday, but an intelligent estimate would place us at 80 expected. Most of those will pay our rack rate of $150 and we are currently seeing about 50% of our transient guests dining in our restaurant.I would be uncomfortable with accepting either of these groups-we’re going to lower our ADR for those nights. Perhaps we should hold out for a smaller group that will pay a higher rate.”

“Tyrell, what rate will the corporate group accept?” asked Bill. “We were discussing a rate of $130 a night,” Tyrell answered.

“Demetrius, did the group history give you any indication about how many rooms the religious group would actually pick up?” Bill asked.

“Yes,” Demetrius responded. “On the peak days, they picked up close to 350, with a slightly lower pick-up rate on the shoulder dates. In addition to the 50 rooms that they picked up as a Sunday check-in, they also had about 20 rooms that stayed over on Friday night.”

“Has anyone checked the Convention Bureau calendar to find out what is happening in town that week?” Ellen asked. When no one responded, she turned to Bill. “I’ll check on that this afternoon, I need to talk to Mrs. Tanster about a convention we’re hosting here next month anyway. I can let you know by tomorrow morning what sort of demand we might be looking for in that week. As far as I know, there is nothing major happening that week that would affect our business.”

“Thank you, Ellen. We’ll need to know what else is going on in the city before we can make a decision. I agree with Grace, we can’t accept both groups for those dates. Tyrell, Demetrius, could you both determine whether either of these groups have any flexibility with the scheduling of their events? Perhaps we could get one of them to move their group a week forward or backward.”

“It would have to be backward,” said Ellen. “We have the Soccer Coaches Association coming in the next week and we’ve already signed a contract for 350 rooms at $125 each.”

“All right, see if either group can move to the end of September. It does sound as though both groups are looking for a place to do return business with on an annual basis. It would be nice to capture both. Grace, meet with both Tyrell and Demetrius this afternoon to get the exact details of the food and beverage needs of both groups. Then get to me the total projected food and beverage revenue for each group.”

“Be sure to account for the fact that the religious group has 40% multiple occupancy, which will mean potentially more meals in the hotel dining rooms,” Demetrius said. “Also, Reverend Brown mentioned that they were expanding their invitations to their European and Asian ministers this year. That might reduce the number of group wash and the international guests will probably come in earlier and stay later-helping us fill up on our shoulder dates.”

“I’ll also account for the fact that they’re going to take all of my meeting space and not buy as many banquet services,” said Grace.

“Once you’ve figured out an accurate projection, Grace, bring me the totals-I’d like to have them by 10 a.m. tomorrow,” Bill said. “I also need the two of you to determine what the total non-room revenue (spending) for each group will be. Paramendra, we need to analyze how much transient business each group will displace and how much that will cost us. Can you please calculate that for me? Once we’ve gathered this data, we’ll take a look~ at it and we can decide at tomorrow’s meeting which group we should take, if either.”