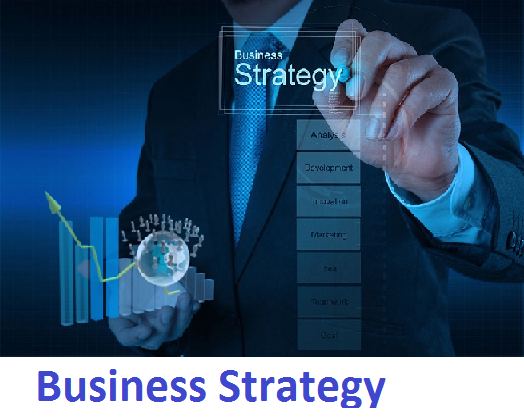 Carlsberg is a major global brewer. It is a multi-national firm with strong presence in Europe and Russia. It is foraying into emerging markets with a competitive strategy to capture the thriving beer market of these counties like China, India, and Malaysia. The strategic value creation objective of Carlsberg has made its presence felt all over the world as the fifth largest brewery in spite of it being a firm, which has lowest volume sale. Carlsberg is known for its quality assurance and for its brand value creation over a century. The firm should however concentrate on pricing strategy, which has to achieve competitive advantage in its local brands along with niche-segmented products like Pilsner, Tuborg.

The report focuses on the business strategies used by the beer brewing company named Carlsberg. The company had been able to gain huge amount of success in Europe and have enough market shares but the company has not been able to generate enough success rate in the emerging markets such as China and Russia. The company is the fifth largest brewer in the world and have the chances of success in their expansion strategy for EU but their chances of success in both of these countries have been posing a threat for minor success. This report will focus on the different strategies that have been used by the company and their possibility of gaining success.

Carlsberg has fair share of both tangible and intangible resources and most of the prominent beer companies find the growth markets of India, China and Russia as an opportunity to enhance their profitability. It is because one of the major concerns of the company was to maintain the value of their share in the established markets after beer started consolidating. Hence the report will allow in the proper analysis of the company’s ability to conduct operations overseas. The company has enough reputation in the European markets but they have significant amount of weaknesses in overseas holdings.

The business performance of the company

Carlsberg is a big name in the brewery business. The company had always focused on value creation through profitability. The business performance of Carlsberg had been stable in the western & eastern European markets, and it already had started to penetrate into emerging markets. This Danish Brewery has been a consistent performer however; it is showing a rise in profits due to intelligent pricing strategies but a decline in its overall volume of sale (Ft.com. 2018).  The emerging market has high growth potential hence Carlsberg has sought to foray into China. Carlsberg Chill, a brand designed for the Chinese markets has however been achieving continuous success. The refreshing taste has flavourful taste and intelligent segmentation, has ensured that the Chinese new generation is attracted to the vibrant taste and packaging.

The business performance of Carlsberg has however been dismal initially in the Chinese market. The fragmented Chinese beer market led to non-premium local brands emerging as regional leaders. The failure of the firm to dominate the posh places like Southern and Eastern market in China has been upsetting for Carlsberg. Western china has been targeted but consumption is low, so profitability is marred by low sales volume. Joint venture with local partners has also led to fines and legal issues for the firm; hence, performance has been much below expectation.

Russia has always been a growing beer market, as vodka is a more popular drink. In 2007-2008 BBH became a part of the global Carlsberg Group. The business strategy in place was that of penetrating the vodka dominant market with association with a regional player (Baltika Breweries, 2018).  The company invested in growth of BBH’s production capacity, infrastructure and logistics.

Differentiation of the product was a business strategy that the company focused on.

One product marketing was not used rather, several business level strategies were used by Carlsberg in Russia; it continued with BHH’s popular brands alongside this it also introduced its popular brands like Pilsner, Tuborg in the Russian market. The consumption of both premium and low priced beers are growing (Gammelgaard and Dörrenbächer, 2013). The objective of introducing Pilsner and Tuborg was to capture the premium segments of the Russian population.  Value creation by building on BBH’s market share by introducing more premium segment international brands was a conscious strategy of Carlsberg.  Hence increased focus is required in adhering to the stringent laws of the land and also ensuring market share expansion in Russia, before the competitive advantage of other brands take roots.

For the operations in Western Europe the central strategy of the company was to ensure that they can focus on value creation and profitable and with collaborations with some of the prominent brands the company just witnessed more of debt. The company encountered many setbacks during their expansion in China. The beer market was not favourable for the expansion of the company because the local brands dominated the market.  The local brands constituted about more than 95% of the total sales. At the same time, there were multiple entry barriers for the company, which led to the formation of the joint venture with a Thai company named Chang Beverages (Buckley and Ghauri, 2015). Further, the competition between the local and the international brands led to the process of consolidation as well.

The company had to revise its strategy for Asia and focused on the highly fragmented, poor Chinese provinces.

Carlsberg had their fare share of successes and disappointments. The company managed to gain success in the European markets but was not able to gain enough profitability overseas. . The company witnessed defaults the markets of America and Europe as people were becoming too conscious about their health.

The recommendation that can be offered to Carlsberg is as follows:

Hence the report provided above generated relevant details about the business strategy of the company Carlsberg.  Hence it is important that the company is able to improve its strategies extensively and ensure that they can enhance their performance from moderate to a huge success. The company has not been able to gain enough profit with their operations in China and Russia due to the dominance of local brands and for the increasing competition between the international brands of the other countries. The political uncertainty of both the countries has posed as a major barrier for the company.