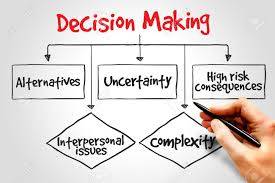 This report aims at providing information to the Chief Executive Officer of the company Steve Rowe who succeeded Marc Bolland after his resignation in April 2016 on the basis of research proposed to be conducted for survey into the business problem of M&S that relates to the customer perception about the general merchandise division of company which include home ware, clothing and shoes sections. The analysis has also been included in this report that provides the information about the relationship between the total revenue of the company and the revenue from the merchandise store using the statistical tools such as representative values, measures of dispersion and charts, graphs and trend lines to forecast the revenues of future years. For the analysis the revenue of the company earned during the past years from 2005 to 2015 has been used for both total group revenue as well as revenue of merchandise store.

Plan for collection of primary and secondary data

Primary data: Primary data is the first hand data. When data is collected for the first time for a particular research, it is basically collected for fulfilling the research need. For the purpose of collection of primary data, the target customers are identified first and data is collected through a set of questions asked to them for determining their personal view. The methods which are used in the collection of primary data are Focus groups, Questionnaires, Interviews, Surveys.

In the present case, the determination of the current perception of customers regarding general merchandise division, primary data can be collected through questionnaires and interviews. A set of target customers can be identified to ask their perception then questionnaires can be prepared including all those questions whose answers can actually fulfil the research need and can be sent to customers through mail. Telephonic interviews can be conducted where company executives can call their customers and ask their perceptions orally. Through schedule method also, enumerations can be appointed at the store’s counters to ask customers about their perceptions. Even the customers can be awarded certain shopping rewards for responding to questionnaires and interviews so this will create an interest among them for their participation (Majumdar, 2014).

Secondary data:  Secondary data can be called as second hand data which is the already collected data that can be used for a particular research. The sources through which the data can be collected are publications, newspapers, magazines, journals, public records and historical documents etc.

Survey methodology includes the process of sampling of individual units from the population and the techniques of collection of data for the research. The process of survey methodology is such that it consists of finding answers by asking the questions that may or may not be answered. The method of conducting the survey into the business problem of Marks & Spencer that relates to the customer perception about the general merchandise division of the company includes collection of primary and secondary data through techniques and method of data collection such as questionnaires and interviews and online publications and other information about the company. The survey will include distributing questionnaire to the customers who visit the store of company requesting them to fill the questionnaire and submit. The questionnaires will also be sent to the customers or prospective customers on mail and the responses received in reply of mails will be considered for the information. Also questions will be asked from the visitors to the store personally and the responses received them will be noted down for the extraction of useful information relevant for the research. The summary of the responses will be used for the analysis as part of survey.

Sampling frame refers to as the set of population which is used as the source to identify the sample for the statistical treatment as a part of research whereas the population is the complete set of human resources which are used for gathering the information about the subject matter of the research. The method of sampling can be used for the collection of data through the survey. The target population for the research will include the customers and other visitors who come to the store of the Marks & Spencer Merchandise store as well as other retail stores of the company. The method of random sampling will be used for the selection of sample from the target population so that each customer of the company has the same probability of being chosen at any stage of the survey. The sampling frame will represent 60% of the target population which is a justified sampling frame for the sample selected to represent appropriately the population (Enrique, 2011).

The questionnaire that will be administered to the retail customers of Marks & Spencer for the collection of data for the survey into the customer perception about merchandise division of company is as follows:

Mean – It is the value which represents the average value of all variables for a given set of data. The mean of the revenues of M&S can be calculated as follows:

The standard deviation of the data that relates to the total revenue and merchandise revenue of M&S for the last 11 years is as follows:

It can be observed that the standard deviation of both the data values total revenue as well as merchandise revenue is higher which means that the data values are not close to mean but are spread over a wide area. The dispersion or variance is higher of the values from the mean (Mahajan, 2014).

The above quartiles can be used to draw valid conclusions about the sales of Marks & Spencer as these quartiles represent the number which is 25%, 50% and 75% of the complete set of data. It can be observed from the quartiles so calculated that $ 8913.525 represent 25% of the total sales and similarly $3970.875 also represent 25% of the merchandise sales. The second quartile represent the middle point of the sales of company for 11 years and similarly the third quartiles for both sections of sales indicate the sales which is 75% of the total sales and merchandise sales (Kolacz, 2016).

The correlation coefficient of which represents the measure of degree of correlation between the Total Revenue of Marks & Spencer and the revenue from the general merchandise division is 0.999738. it means that the total sales of Marks & Spencer as well as sales from the merchandise store are almost perfectly correlated and therefore change in one of them will result in corresponding change in other also and vice versa. Both the total revenue and merchandise revenue move in the same direction on the time series graph (Hirata, 2014).

The following graph shows the total revenue earned by Marks & Spencer during the different periods consecutively from 2005 to 2015:

The following graph shows the relationship between the total revenue and merchandise revenue of company:

From the above scatter graph representing the relationship between the total and divisional revenue of the company it can be observed that there is a linear and positive relationship between the two variables. Both the sales values move in the same direction however, the merchandise revenues are fluctuating whereas the total revenues are increasing during the period of analysis. It can be concluded that the changes in one variable will affect the other variable since the merchandise revenues are part of total revenues during all the years (Abid, 2016).

The following table represents the forecasted revenue for M&S:

From the above analysis of the relationship of total revenues and merchandise division revenues it can be concluded that the total revenues of the company have been increasing during the past years but the merchandise revenues have been fluctuating. From the survey conducted into the business problem of M&S it can be concluded that the customers of the company are satisfied with the quality of the products and services on an average basis.

The following table represents the duration of the activities and constraints to determine the critical path of the project:

The different paths in the network diagram and their duration are as follows:

Calculation of non-critical tasks and float

If cost if capital for the projects is 10% the projects shall be accepted by the company since the Net Present Value from both the projects is positive. Out of the two projects Project A has higher NPV amounting to $41,713.49 as compared to the NPV of Project B which amounts to $37,885.51. The Internal Rate of return from Project A is 50% which is higher than that of project B of 39% therefore on the basis of IRR also Project A is considered to be more profitable. Hence the management of the company is recommended to accept Project A since it is more feasible at the cost of capital of 10% (Bas, 2013).

Zabukovec, A. & Jaklic, J. 2015, “The Impact of Information Visualisation on the Quality of Information in Business Decision-Making”, International Journal of Technology and Human Interaction, vol. 11, no. 2, pp. 61.