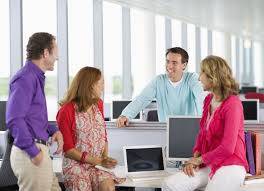 The biggest argument for the average teenager, besides how disgusting the school lunch is, is how schools have adopted strict dress codes, and for some, even uniforms. Most schools in American have dress codes or uniforms to prevent gang violence, bullying, and to show students a proper way to dress, which is understandable for school that have serious problems with these. But unfortunately, no teenager wants to be told what he or she can or cannot wear when they are still trying to discover themselves. Luckily Southwood has not gone as far as uniforms, but it recently changed its dress code and has become stricter about it also, which is driving its students crazy. Southwood’s school dress code has gone from the simple “pull your pants up,” to only holes below the knees, to no holes at all, to “teachers please check for dress code issues,” to “no bracelets with double meaning.”

All schools have dress codes, but in recent years, a phenomenon of gang, sex, and media has entered into the debate over school dress codes. Before, dress codes were simple. In the San Diego area; the Sweetwater Union High School District has banned any clothing that reveals the so-called three B’s: breasts, bellies or bottoms. (Johnson). This dress code is understandable and seems very reasonable for an educational environment or any public environment. Students would still be able to express themselves and also not have to worry about getting punished for it either. Styles among teens have also changed. “Students like to wear jeans that are ripped, holy and torn. Hard to believe the tattered pants are fetching 60-80 dollars. It’s style, I guess. We called it groovy. They call it sick. All the schools in the district will now abide by the new clothing policy.”(Wallevand). Southwood’s dress code once used to be similar to Sweetwater’s, but also in recent years the administration has thought that the dress of students should be more than just the simple understandable rules. Once “holy jeans” became a style among teens, Southwood felt that they were inappropriate for a school setting. At first it was no holes above the knees which was do-able for students and made sense to make sure that a part of the upper thigh did not show. But unfortunately, a year later when students came back to school with brand new outfits and their “holy jeans” Southwood banned them with no warning. The excuse was that it made the school look trashy and they were distracting to the learning environment. Unfortunately, the only thing distracting was when the school was punishing students; to the students it was just another style and students felt it was unfair. At Hollister, a popular clothing store for teens the average jean prices range from $39.50-$59.50. A lot of money was wasted on popular jeans that could not even be worn on the first day of school at Southwood.

School’s dress codes are largely influenced by student behavior. Many schools that set up a strict dress code are preventing gang violence, violence in general, and bullying. Strict dress code does prevent these to an extent, but students still know who is in what gang, who is saying what to start a fight, and just by changing student’s clothes does not always prevent bullying; students still have to worry about personality and grooming. It is understandable for schools with gang, violence, and bullying problems to want to try and prevent it in an educational setting, but for Southwood there are neither gangs nor a lot of violence. In schools with gangs problems one-third of membership was black, though less than the 47 percent Hispanic composition. Only 13 percent of members were white. In Southwood, the average total of students is 582 and 98 percent are white, .34 percent black, and .68 percent Hispanic (Education). Wabash High School is far more populated with different individuals and races, known through personal references, their students are seemingly far more worse than the students of Southwood in rudeness, violence, less grooming, and small gangs, but yet, while Southwood’s dress code ranges from 15 to 20 rules on dress. Wabash has a simple 10 sentence rules; none including banning of certain jeans or accessories (Apaches). Many might think that it is the dress code that makes Southwood seem more modest, but Southwood has never had an ill-begotten past. It is filled with generally modest, small town students in the first place.

“All students at Millard South High School, were ordered to stay home from one to three days in late August for wearing T-shirts that memorialized Julius Robinson, 18, a Millard South football player who was shot to death in June. The shirts were being sold to help raise money so Robinson’s family could buy a headstone for his grave. But to officials of the Millard Public Schools, the words “Julius RIP” on the shirts were disruptive. “I’m pretty upset — all I’m trying to do is, like, respect my friend,” said Patzy Van Beek, a junior at the school. “It’s not fair. People can wear ‘rest in peace, Grandma,’ but when it comes to Julius, now all of a sudden we can’t have that at our school. I feel like no one cares.”(Johnson). Most students at Southwood can relate to a similar story, but instead of shirts, they have bracelets, from the Keep A Breast Foundation. The Keep A Breast Foundation is the registered owner of the trademarks I Love Boobies and Keep A Breast Products. Their products are sold to raise money for their programs and events and continue the mission to eliminate breast cancer by exposing young people to methods of prevention, early detection, and support. The I Love Boobies bracelets that have become popular to Southwood’s students have recently been banned for a double meaning. It is true that they have a double meaning, but Keep A Breast acknowledges that and uses it as a key tool to help aware young communities about the cancer. Southwood students understand the meaning and the double meaning, but use it as a positive. They understand how to make a very serious topic a little lighter by adding humor. “Keep A Breast wants to acknowledge a 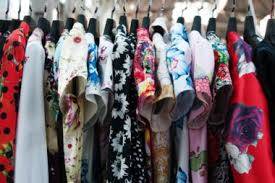 nd enable the fact that people do want to be activists, to play a part of a bigger and better good…The majority of our support comes from our cause merchandise. The shirts and bracelets themselves act as an awareness-raising tool, allowing people to engage and start talking about a subject that is scary…The shirts and bracelets have broken down many boundaries and become a way to engage in a conversation about breast cancer in countless schools, the media and probably in your own life…”(Keep). Like the students of Millard South High School, Southwood students only wanted to support and raise money for a good cause.

Students all over America are facing new stricter dress codes, some for a good cause and some, like Southwood, are still trying to understand why. Students from Southwood should be able to express themselves and wear what they prefer or what they think is in style. Simple rules are acceptable, but over the top rules that are influenced by bigger and more diverse schools that are set in place for Southwood seem ridiculous. Southwood’s administration has failed to see how different the school and its students are compared to others, and should be more lenient with things as simple as clothes. Works Citied