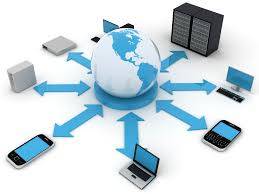 The research is going to explain the concept of internal information security; threats involve in data transfer and proposed techniques to resist the system from attackers. Insider attacks are more vulnerable than outsiders, every organisation under does such attacks.  There are some security credentials which are described by the report. The report is also going to discuss the challenges and their solutions of asymmetric cryptography.  There many threats while exchange the public key between numbers of people. The report includes the research about Digital signature, it is a mechanism to authentic the sender via un-trusted network and number of public key consumers. The report will discuss threats associated with 802.11 wireless networks. The threats are MITM attack and evil twin access point. The report provides the complete information like- functions, advantages, and disadvantages of four popular firewalls

Information security is a concept of confidentiality from data is being used by unauthorised access. It prevents the chances of data enclosure and data disruption. It provides a self-guard to the transmitted data. This concept is managed by Cyber security system, which contains the IT technology components. Generally, the attacker exploits the transmissions frames which are going from sender to receiver in analogue or digital form. Some hacker can miss direct the data or he/she may change some data and send it back to the actual receiver. This is more vulnerable and creates a drastic effect on the whole organisation and firms which are interact with the organisation. Malicious external threats are unintentional passive attacks (Sarkar, 2010). The organisation mainly focuses on such outsider attacks. This hacktivism is generally defended by IT technology which is also known as cyber security. But it is analysed that insider attacks are more catastrophic than outsider attacks. These attacks are less noticeable than outsider attacks, but in the present scenario, insider attacks are most commonly facing by each enterprise. Organisation needs to take both the threats seriously.

Book Club Resources
Preview
View Book Sample
Disclosure of Material Connection: Some of the links in the page above are "affiliate links." This means if you click on the link and purchase the item, I will receive an affiliate commission. I am disclosing this in accordance with the Federal Trade Commission's 16 CFR, Part 255: "Guides Concerning the Use of Endorsements and Testimonials in Advertising."