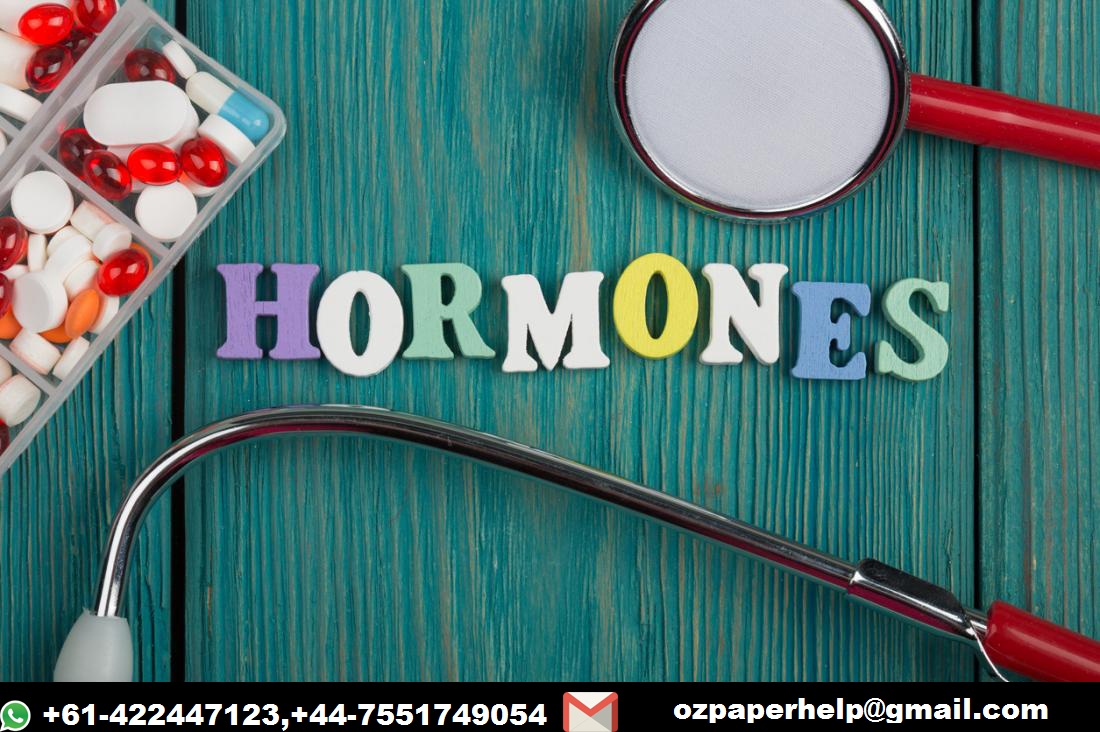 Gastrointestinal hormones constitutes a group of hormones secreted by enteroendocrine cells in the stomach, pancreas and small intestine that controls various functions of the digestive organs. They exert their autocrine and paracrine actions that integrate gastrointestinal function.

It enters the bloodstream and affects a part of the brain known as the hypothalamus which governs appetite. Gehring is a peptide hormone releases from the stomach and liver and is often called “hunger hormone” since high levels of it are found in individuals who are fasting. Also visit Biology Assignment Help

Its presence causes the release of digestive enzymes and bile from the pancreas and gall bladder and also acts as a hunger suppressant, it also catalyses the digestion of fats, protein and carbohydrates.

It is derived from a 153 amino acid proprotein encoded by the glucose dependent insulinotropic gene and circulates as a biologically active 42-amino acid peptide. Its roles includes; stimulation of insulin release, reduces gastric and intestinal motility and increases fluid and electrolyte secretion from the ileum.

B)DISCUSS THE ROLES OF HORMONES IN GROWTH AND DEVELOPMENT OF INSECTS.

Molting is initiated when sensory receptors in the body wall detect that the internal soft tissues have filled the old exoskeleton and trigger production of a hormone from neurosecretory cells in the brain.

The hormone triggered from the neurosecretory cells in the brain by the exoskeleton, acts upon the prothoracic gland, which in turn secretes the molting hormone, a steroid known as ecdysone. Therefore Ecdysone then acts on the epidermis, stimulating growth and cuticle formation. Since throughout the young larval stages, a small gland behind the brain called corpus allatum, secretes juvenile hormone. As long as this hormone is present in the blood, the molting epidermal cells lays down a larval cuticle. Order now and secure top grades

Among holometabolous insects the pupa develops in the presence of a very small amount of juvenile hormone. Although a state of arrested development may occur during any stage, diapauses occurs most commonly in pupae. In temperate latitudes many insects overwinter in the pupal stage e.g cocoons.

In addition to changes in form during development, many insects exhibit polymorphism as adults. For example the worker and reproductive castes in ants and bees may be different, termites have a soldier caste as well as reproductive and persistent larvae, adult aphids(homoptera) may be winged or wingless and some butterflies show striking seasonal or sexual dimorphism. Hormones including perhaps juvenile may be agents for the control of such changes. Upload your assignment now and grab exciting offers.