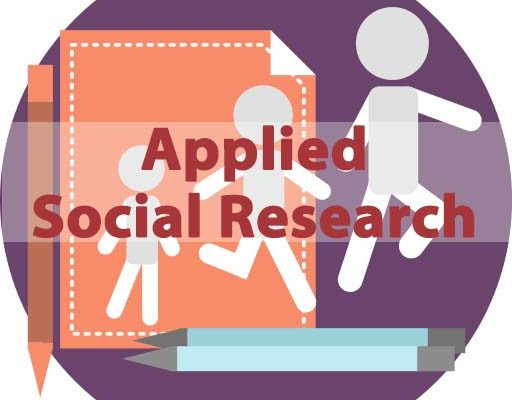 The research question is identified as being ‘how does the intense drought that currently exist in Australia exacerbate the link between rural masculinities and poor health outcomes for rural men?’. The aim of the study is to “explore the links between hegemonic rural masculinity and men’s mental health” (Alston and Kent 2008, p 1). The research also aims to demonstrate how the drought further intensifies the problem whilst also enforcing that the hegemonic masculinity that exist in rural communities is detrimental to the health of men even during times of prosperity. By doing so, the researchers hope to expose how inherently unhealthy dominant rural masculinities are in order to improve the health of men in rural Australia. This is in response to the rise in mental health issues and prominence of suicide amongst male farmers as a consequence of the chronic drought in Australia. Firstly, the researchers used secondary data to examine the drought and the environmental and economic consequences. They then conducted an investigation into men’s health and rural masculinities. Using secondary data, the researchers were able to gain a better understanding of the research area. Interviews were the only form of primary data collection used in this research. The researchers then collected qualitative data by conducting 120 semi-structured interviews; twenty-five of these with farm men and sixty-two of them with farm family members and key community members. They then presented this data to identify the links between rural masculinity and poor health outcomes during times of adversity.

Wang (2016) explains how it is not possible to quantify human behaviours and emotions as these are not things that can be expressed in a numerical way. She reinforces the importance of qualitative data because even though the sample size is generally smaller in comparison to quantitative studies, it provides us with an incredible depth of knowledge and meaning on a particular area that cannot be conveyed in numbers. Alston and Kent chose to use semi-structured interviews which were a highly appropriate form of data collection for this research area due to the nature of the information they were collecting. Cheers (1990) outlines that Australians living in rural areas are generally more disadvantaged in comparison to those living in urban regions in many aspects including education.

1970). As a result, it is fair to assume that the participants involved in the study are likely to have lower levels of education which may impact on their ability to comprehend certain questions or ideas. Therefore, the decision to use semi-structured interviews was a highly appropriate choice as the researchers were able to assist the participants if necessary. This form of data collection was also suitable due to the type of data they were collecting, based on human behaviours and emotions, which cannot be quantified as explained by Wang (2016).

The research was undertaken in three inland communities in rural Australia, one in the central west wheat belt, one in a southern irrigation area and the other in a remote area. The researchers used selective sampling when choosing their demographic and location as these communities would be “more readily observable” (Alston and Kent, 2008). These towns were more likely to be experiencing a decreasing or dormant population and relinquishment of services, more likely to be eroding due to their small populations and also have a strong dependency on agriculture (Tonts, 2000). All of these factors are what made these communities more discernible for the researchers. Coyne (1997) states that when a researcher uses selective sampling, they will choose participants according to the aims of the research, which is evident in this article. Alston and Kent (2008) have decided to research these particular communities as they are more observable, however this would impact on the results of the study as they have purposefully chosen to research communities where the impacts of the drought are likely to be more prominent. Therefore, their research may produce data which is not representative of all rural communities and instead could result in findings that make the situation appear glummer than it actually is.

Throughout the study Alston and Kent relied on many secondary sources in order to better understand their area of research. Through these secondary academic sources, they were able to examine the drought and it’s environmental and economic consequences, as well as using secondary sources to examine links between rural masculinities and men’s health. This data was highly relevant and useful by providing the researchers with factual data and information which related directly to their area of study. The researchers were then able to use this information and knowledge to support their own primary research which enabled Alston and Kent to achieve their research aims.  Alston and Kent (2008) managed the confidentiality of respondents well throughout the report and did not give away any identifying details of the locations or participants that took part in the research. Anderson (2010) states that the researcher should include quotes that will best represent the findings and evoke an emotional response from the reader. She also believes that the quote should follow with the acknowledgement of the speaker and the setting. For example, the researchers spoke about the resistance from men to seek professional help in times of hardship. They then included a direct quote, speaker and setting: “He won’t go [to health services]” (Woman of central west farm) (Alston and Kent, 2008).  that rural masculinities were detrimental to men’s health. Through these interviews they were able to achieve the aims of the research by collecting qualitative data which supported their research aim.

Alston and Kent did not make reference to any limitations they encountered throughout the study.  The reader would then assume that there were no apparent constraints in the research process, which is highly unlikely to be the case, and therefore this would be misleading to the readers. In the article, the researchers make reference to farmer bodies groups such as the South Australian Farmers Federation and The NSW Farmers’ Association. One of the researchers, Margaret Alston, happens to be a member of both of these group. This could be seen as a conflict of interest as the researcher is promoting groups that she is a member of in the article. It could also be viewed as researcher-bias as Alston may benefit by mentioning these groups in the article which could raise suspicion as to whether the mention of the groups was relevant to the study or other motives were in play.  Both of the groups were established to help address the mental health of farmers, which is highly relevant to the study so it would be fair to say that the researcher made mention to these groups due to their relevance to the study.

Weiss, R. (1994). Learning from strangers: The art and method of qualitative interview