Ethical perspective or the perspective of the moral philosophy and its principles refers to the foundation of the ethical analysis of the social living that entails defending, recommending and systemizing concepts that defines the degree of right or wrong of a given behaviour. Ethical perspectives provide a viewpoint for obtaining a pathway to a particular decision (Fieser, 2000, p 1). Each theory plays a different role e.g. predicting outcomes to arrive at ethically correct decisions. Apparently, ethical perspectives play very significant roles in assisting people identify and define various problems which in turn encourages a systematic way of thinking that is important because it allows one to see things from different viewpoints that is the basis of the decision-making guidelines. They are also the 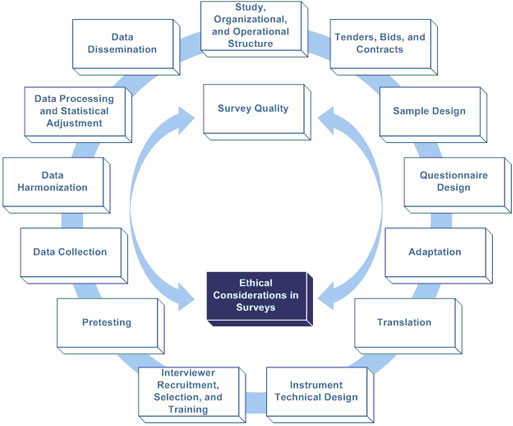 foundational block for the solution of various difficult problems that individual face in life. Basically, these theories often try to differentiate what is wrong with what is right. They are also the functional guidelines that direct people on how to live and act ethically.

Philosophers have often divided the ethical theories into two broad subjects, viz: meta-ethics and normative ethics (Bevir, 2010, p 39). Consequentialism and non-consequentialism are used intelligently in the definition of the various perspectives (MacKellar, 2014, p 10). Meta-ethical values often focus on such things as: where our values come from and even what they mean. It is also a common phenomenon that meta-ethical theories attempt to give answers of universal truths e.g. the particular role of judgment, the will of God and the meaning of ethical terms including the nature of these words. Normative ethics are more practical and focus on the morality and moral standards that define the moral conduct of an individual (Icheku, 2011, p 30). By applying the two ethical perspectives in different dimensions of living, one can solve various issues in the applied ethics that entails various controversial issues like abortion, war, animal rights and so on. It could be important sometimes to note that the line between the broad categories of the ethical perspectives could sometimes be blurry depending on the occasion. Some actions under the two categories could just be the beginnings of dilemmas in attempting to establish the morality in them. This article attempts to analyze and discuss some of the ethical challenges in some random case studies. Apparently, the article attempts to address the challenges with the help of the ethical perspectives.

This is a case study that has been used to demonstrate ethical egoism. Ethical egoism entails a moral doctrine that permits an individual’s pursuant of self-interests first ahead of others (Applbaum, 2011p 13). The Case study 2 has been used to highlight some of the challenges in the given ethical perspective in the case study.

The case study describes a certain scenario involving certain Personalities: Deidre, who works as the director of a city-based non-profit recruitment agency and some volunteers who flock her premises in search for volunteer opportunities. The Agency relies on various volunteers for its existence. The case study arises various challenging features that seem to overlap the ethical egoism perspective. The ethical perspective states that it is morally upright to pursue one’s selfish interests. The theory as highlighted in some parts of the scenario maintains that acting selfishly is a justifiable practice for all people because dependency spells certain indefinite harm to them. In our case study, certain parts of the scenario tend to challenge the perspective of the ethical egoism. For instance, Deidre’s sensitivity to the needs of others, the agency’s overreliance on the volunteers for its existence and finally the community’s perception of the learner’s expertise “payback” seem to counter the ethical perspective. The volunteers and the volunteer work also raise questions marks on whether the act of volunteering approves ethical egoism or not.

Apparently, the above scenario seems to be countering an egoist view of the theory. In egoism, selfishness is permissible and is regarded as a virtue. Most egoist have often argued that selfishness is actually good practice for the world because the overall outcome is likely to result in a scenario where everyone’s ability to look after themselves plays various roles in making the world a better place for everyone. To begin with, Deidre’s attitude including her conducts seems to be adding up to a complete contrast to an egoist perception of her. Her attitudes are primarily built on altruism. For any ethical egoist, altruism contrasts sharply with egoism and is a humiliating

practice as well. An ethical egoist would argue it over in a different perspective maintaining that everyone should always focus on acting according to his/her self-interest because the end result amounts to a sense of independence. According to egoism, dependence leads to overreliance that could only be exempted to children or even the needy in the society. The society’s overreliance on its graduate, the agency’s overreliance on its volunteers for its existence and Deidre’s caring attitude towards others describes egoism affirmatively.

Conclusively, it could be proper to say that egoists are never sensitive to the suffering of others. According to ethical egoism, caring for others is an end in themselves.

The Case study 3 has been used to demonstrate Deontology. From a deontologist point of view, deontology concerns a system of morality that acknowledges the role of duty as the basis of the moral obligation (Wood, 2008, p 1). The purpose of the case study is to help highlight some of the challenges in deontology given the case study.

The scenario describes a given agricultural working environment that focuses on deontology by analyzing a particular character, Anatoly, who works as an extensional officer in the capacity of a farm advisor. Anatoly works in a particular rural setting. He and his colleagues work collaboratively under a fixed contractual agreement between their parent company and the government. Anatoly seems highly concerned about the future of his work following the government’s withdrawal of the extensional services assistance. The case study addresses various challenges to the deontological perspective. From a deontologist point of view, deontology defines a system of morality that advocates for moral duty. On the same note, Kant, one of the first pioneers of the theory, suggests that rational individuals should often act according to reasons rather than feelings that often are unreliable. Therefore, according to the Kantian theory of moral duty, the government’s withdrawal of its assistance on the basis of what it feels rather than its rationale challenges the deontological perspective of duty. Anatoly’s perception of his duties also seems to challenge the view.

In this case study, the government’s withdrawal from its obligation is a decision that primarily contrasts with the deontological perspective. It is clear that the government withdraws its assistance from the extensional services because of what it feels right rather than reasons of what it deems fit. According to the Kantian theory, the government’s exercise of duty is not recognized by the deontological perspective. Kant argued that any rational individual should always base his duties on pure reasons rather than feelings that he regarded as unreliable. Apparently, Kant advocated for a strong need for individuals’ ability to fight their emotions and simply do what they think is right.

Anatoly is also a challenge to the deontological perspective this is because a deontologist’s perception of his view of duty bears some significant contrast. First, in his duty as an extensional officer, he has no particular work principles that should guide him. After the rural crisis, he finds himself on the receiving end when he faces  myriads of strict demands to address. His contract with the department seems to limit his choices and, as a result, appears to make things feel like an uphill task for him. His departmental demands are also laying some considerable stress on him forcing him to focus on a path that is more likely to lead him to futility. This means he is limited and in his recipe to fulfill his duties he seems to be missing some essential ingredients. What Anatoly lacks is the principles and therefore, seems to be negating Kant’s theory that argues that individuals should always consider acting on principles regardless of the consequences. If Anatoly considered formulating certain guiding rules on his duties, probably, he would have experienced none or less of what he was experiencing. However, some critiques of Kant’s theory have often argued that the theory does not consider the significance of consequences (Guyer, 2000, p 10). What the critics mean is that individuals should often put into consideration the consequences of their actions.

On the other hand, Anatoly’s department can best be seen as one entity in the case study that seems to be justifying Kant’s theory of duty and inclination. After the strike of the rural crisis, the department considers revising its preceding contractual terms with its employees that seems to engender some new occurrences. The contract appears to be more defined and strict as well. In this case study, it is evident that the department is acting on pure reasons rather than emotions that Kant disputes as unreliable or rather fickle since they cannot be relied upon (Deligiorgi, 2005, p 13). Its reasons are based explicitly on the government’s withdrawal from its duties of assisting the community.

The case study above presents various instances that seem to counter a consequentialist perspective view of the theory. For instance, the university’s program and the clienteles seem to be portraying something different from a consequentialist perspective. The two entities seemingly thrive on the basis of self-interest. For example, it can be seen that the program is exclusively meant to achieve monetary benefits in return for excellent and good valued programs. This means that there should be money for the program to carry on. Otherwise, the clienteles’ learning is not guaranteed. The clienteles also expect their time to be utilized to the maximum and the faculty involved expected to live up to their expectations. Although these sentiments don’t necessarily spell egocentric agendas in them, they engender some degree of selfishness. According to Utilitarian, a form of consequentialism, all individuals are expected to do whatever will amount to the most benefits among all (Narveson, 1999, p 30). Hinman, a proposer of the theory, suggest that individuals should always be able to sacrifice their pleasures, preference or even happiness for the benefit of the society. Utilitarianism does not recognize the existence of self-interest (Weinstein, (2007, p 158). Metro rail company contractual relationship with the university does not also seem to speak of consequentialism. Instead, it is founded on self-motives, where one company (Metro) is set to benefit and, therefore, surpasses the need for “the good for all”.

Despite the multiple incidences against the consequentialist perspective, Peter demonstrates a considerable act of consequentialism. He works very hard to make sure that all the programs within the faculty are running smoothly in spite of his little qualifications for a person of his level. Concisely, he seems to conform to the most of the provision of the utilitarian laws. According to his case, his intentions are duly justified because the nature of utilitarian law is that it focuses on the consequences rather than the intentions (Finnis, 2011, p 23). He has consequently acted in the most imperative way of a perspective of doing the greatest overall good.

Conclusively, it is important to take note of the demanding nature of the consequentialism. The sacrifice of one’s happiness, pleasure and preference requires a lot of effort or rather utter commitment to achieving it.